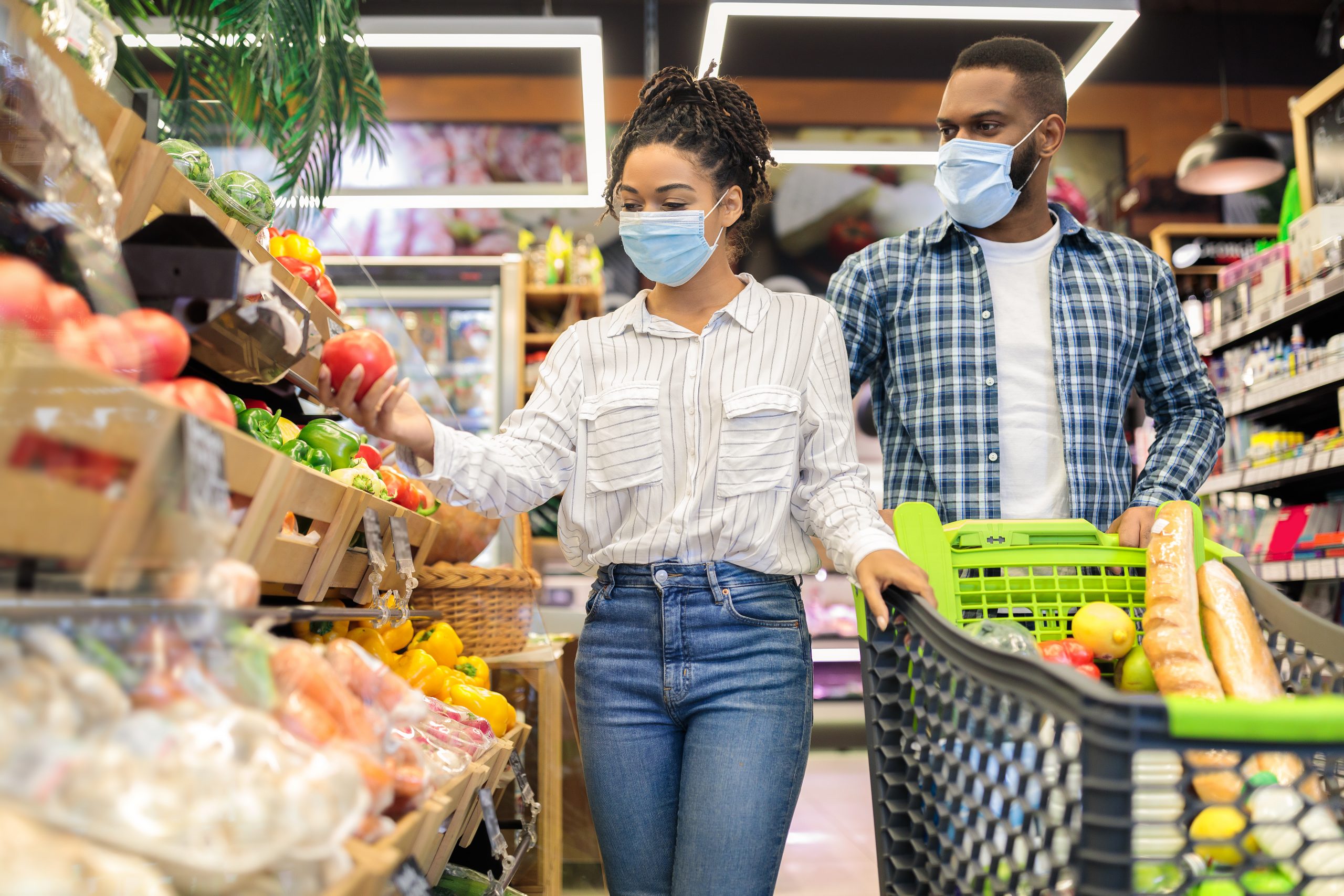 Those are just a couple of the dietary changes that people appeared to make during the first year of the pandemic, according to a new study led by School of Public Health researchers.

The widespread lockdowns and restaurant closures of 2020 drastically altered daily routines and changed how people accessed food and alcohol, but an analysis of tweets during COVID-19 suggest that some people may have chosen to forego the baking frenzy and embrace healthier eating habits—depending on their neighborhood environment.

The findings also drew associations between healthy behavior and proximity to grocery stores or liquor stores among those who were able to stay home more during COVID-19; people who spent more time at home and lived in neighborhoods with more grocery stores per capita also tweeted more about healthy foods and tweeted less about fast foods and alcohol during the pandemic than they did before the pandemic. Notably, the researchers found that people living in areas with more liquor stores per capita were more likely to tweet about alcohol.

“Our findings provide insight into the impact of public health interventions on food and alcohol consumption during the pandemic, and reinforce the idea that when it comes to influencing health behaviors, one’s built environment matters,” says study corresponding author and SPH alum Mark Hernandez (SPH’21), a data scientist and researcher at MIT Lincoln Laboratory.

For the study, Hernandez and colleagues examined geotagged, public tweets in the United States that mentioned healthy food, fast food, and alcohol before the pandemic (May 2019 to January 2020) and during the pandemic (May 2020 to January 2021). The researchers linked the geotagged tweets to US counties to examine the relationship between neighborhood characteristics and changes in eating and drinking habits, and they obtained data from Google’s COVID-19 Community Mobility Reports to understand where residents were able to spend more time at home.

This analysis of tweets provides a more accurate and realistic understanding of potential changes in food consumption during COVID-19, filling in gaps from prior research which has relied primarily on traditional survey data that is prone to biased self-reports. Social media data, on the other hand, provide an opportunity for a natural observation of voluntary information about the public’s attitudes and behaviors.

Healthy food tweets increased in all 50 states and Washington, DC, except for Massachusetts and Montana, where tweets about healthy foods decreased by 9.3 percent and 3.4 percent, respectively. The largest increases in healthy tweets were in Wyoming (up 62.1 percent), Vermont (up 57.4 percent), and Washington (up 46.5 percent), while the largest decreases in fast-food tweets occurred in Rhode Island (down 69.4 percent) and Wyoming (down 68 percent). Tweets about alcohol decreased the most in Alaska (down 39.7 percent), Hawaii (down 38.7 percent), and Vermont (down 37.6 percent). The share of alcohol tweets rose in only 6 states, with the highest increase in South Dakota (up 30.6 percent).

The findings highlight the need for policies that increase access to healthy food options, particularly in areas that lack grocery stores, the researchers say.

Elaine Nsoesie, study senior author and assistant professor of global health at BUSPH, says these observations gleaned from the digital world and the real-world built environment are striking.

“Our data support the known associations between the social determinants of health and health outcomes,” Nsoesie says. ”These results also reinforce the need to shift the narrative around health behaviors from blaming individuals and communities to the policies and structures that create poor health.”