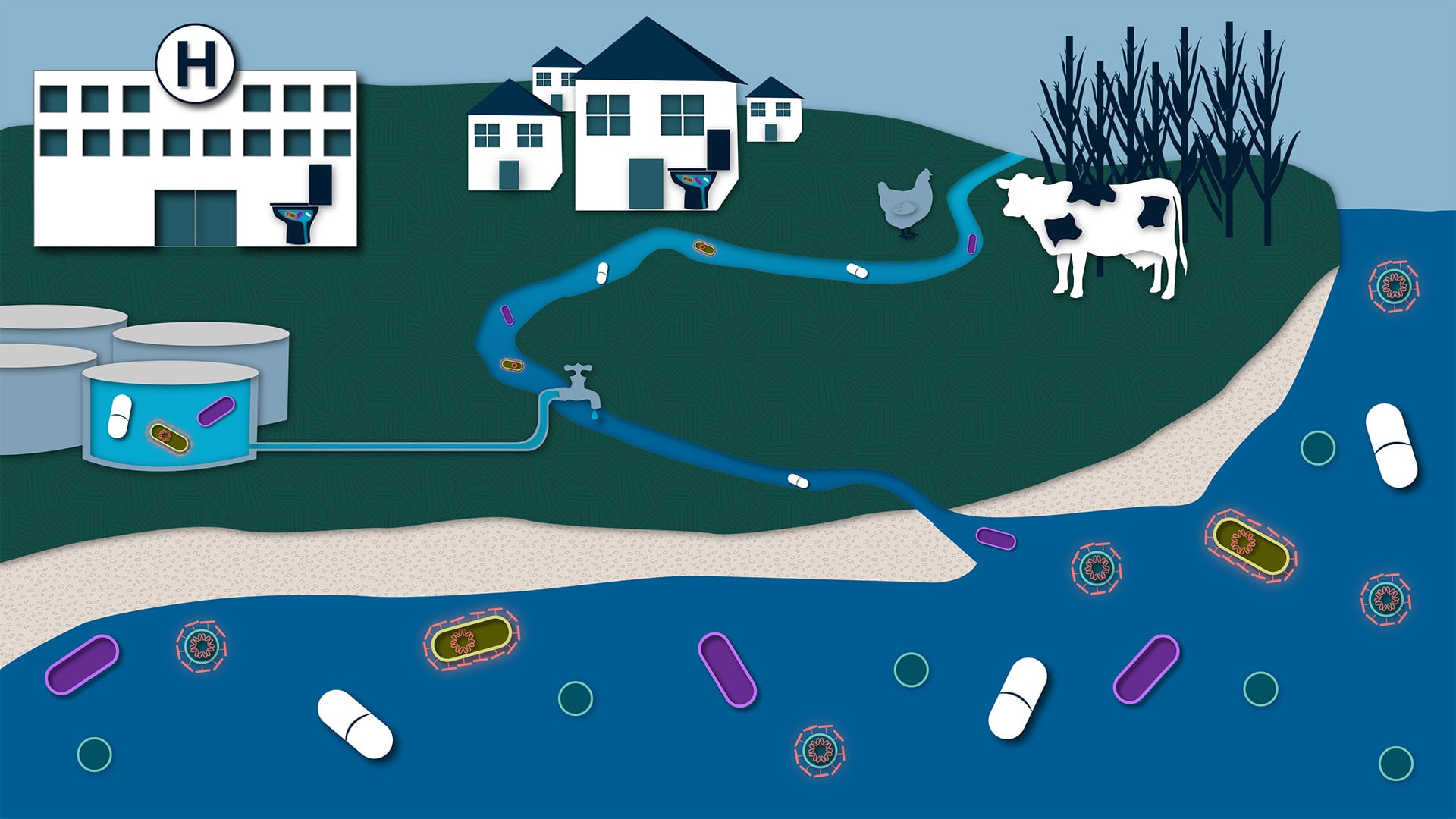 Antibiotic residues in wastewater and wastewater treatment plants in the regions around China and India risk contributing to antibiotic resistance, and the drinking water may pose a threat to human health, according to a comprehensive analysis from Karolinska Institutet published in The Lancet Planetary Health. The researchers also determined the relative contribution of various sources of antibiotic contamination in waterways, such as hospitals, municipals, livestock, and pharmaceutical manufacturing.

”Our results can help decision-makers to target risk reduction measures against environmental residues of priority antibiotics and in high-risk sites, to protect human health and the environment,” says Nada Hanna, researcher at the Department of Global Public Health at Karolinska Institutet in Sweden, and the study’s first author. “Allocating these resources efficiently is especially vital for resource-poor countries that produce large amounts of antibiotics.”

Bacteria that become resistant to antibiotics are a global threat that can lead to untreatable bacterial infections in animals and humans.

Antibiotics can enter the environment during their production, consumption and disposal. Antibiotic residues in the environment, such as in wastewater and drinking water, can contribute to the emergence and spread of resistance.

Among the largest producers of antibiotics

The researchers have examined the levels of antibiotic residues that are likely to contribute to antibiotic resistance from different aquatic sources in the Western Pacific Region (WPR) and the South-East Asia Region (SEAR), regions as defined by the World Health Organization. These regions include China and India, which are among the world’s largest producers and consumers of antibiotics.

This was done by a systematic review of the literature published between 2006 and 2019, including 218 relevant reports from the WPR and 22 from the SEAR. The researchers also used a method called Probabilistic Environmental Hazard Assessment to determine where the concentration of antibiotics is high enough to likely contribute to antibiotic resistance.

Ninety-two antibiotics were detected in the WPR, and forty five in the SEAR. Antibiotic concentrations exceeding the level considered safe for resistance development (Predicted No Effect Concentrations, PNECs) were observed in wastewater, influents and effluents of wastewater treatment plants and in receiving aquatic environments. The highest risk was observed in wastewater and influent of wastewater treatment plants. The relative impact of various contributors, such as hospital, municipal, livestock, and pharmaceutical manufacturing was also determined.

In receiving aquatic environments, the highest likelihood of levels exceeding the threshold considered safe for resistance development was observed for the antibiotic ciprofloxacin in drinking water in China and the WPR.

”Antibiotic residues in wastewater and wastewater treatment plants may serve as hot spots for the development of antibiotic resistance in these regions and pose a potential threat to human health through exposure to different sources of water, including drinking water,” says Nada Hanna.

Limitations to be considered when interpreting the results are the lack of data on the environmental occurrence of antibiotics from many of the countries in the regions and the fact that only studies written in English were included.

The Brain’s Ability to Perceive Space Expands Like the Universe