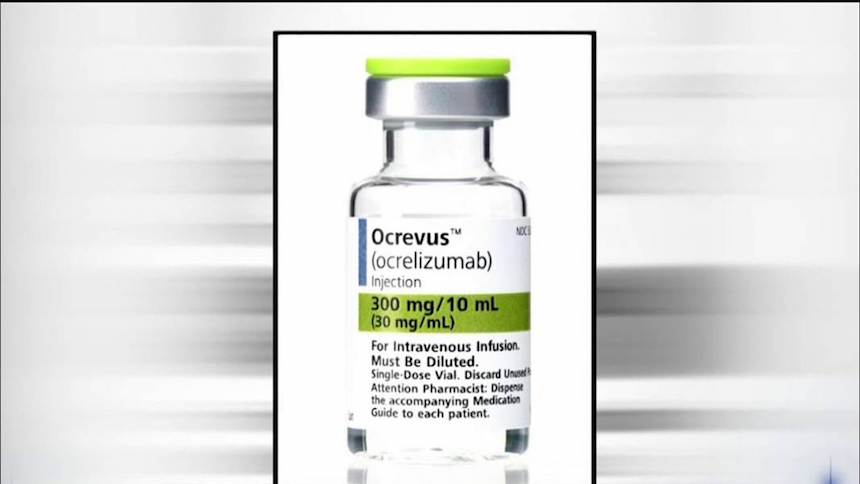 “The FDA’s approval of Ocrevus is the beginning of a new era for the MS community and represents a significant scientific advance with this first-in-class B cell targeted therapy,” said Sandra Horning, Executive Vice President, Global Development and Chief Medical Officer at Genentech.

MS is an autoimmune disease affecting the central nervous system, for which there is currently no cure. From 2008 to 2013, the estimated number of people with MS increased from 2.1 million to 2.3 million worldwide. MS occurs when the immune system damages myelin sheath, a protective fatty substance forming an insulating layer around neurons in the brain, spinal cord, and optic nerves. Severe damage to the myelin sheath causes permanent loss of nerve cells and inflammation. Symptoms include muscle weakness, difficulty seeing, and fatigue. MS is the leading cause for neurological disability in adults ages 20-40. PPMS is the most debilitating form of the disease marked by steadily worsening symptoms.

Horning notes that “until now, no FDA-approved treatment has been available to the primary progressive MS community, and some people with relapsing forms of MS continue to experience disease activity and disability progression despite available therapies. We believe Ocrevus, given every six months, has the potential to change the disease course for people with MS, and we are committed to helping those who can benefit gain access to our medicine.”

Ocrevus is a humanized monoclonal antibody targeting CD20-positive B cells. Researchers believe that B cells are a key contributor to myelin sheath damage. Dysfunction in B cells can happen through autoantigen presentation causing an exaggerated immune response by T-cells, secretion of molecules that promote inflammation, and autoantibody production.

For Ocrevus, Genentech saw promising results based on two Phase III clinical trials in 1,656 participants with relapsing forms of MS treated for 96 weeks. Participants were randomized to receive Ocrevus or another MS drug- Rebif  (interferon beta-1a). In both studies, participants who received Ocrevus experienced a 47 percent reduction in relapse rates compared to Rebif.

“I think if the safety holds up, it will become the leading M.S. therapy,” Dr. Steven L. Galetta, chair of the department of neurology at NYU Langone Medical Center, told the New York Times. However, he added that the medical community will be watching to see how the drug performs once it is widely available. “There can be side effects, but you just didn’t have enough patients initially to confirm that signal,” he said.

Ocrevus will be available to people in the United States in mid April.  Patients must have infusion provided by a healthcare professional.

On the concern for increasing U.S. drug prices, Genentech noted in a statement that the prices for drugs used to treat MS has risen sharply in recent years. “We feel that the industry needs to start to reverse this trend, and believe that pricing Ocrevus 25 percent less than the comparator in our trials is an important first step.”

Monitoring the Emergence of Infectious Diseases