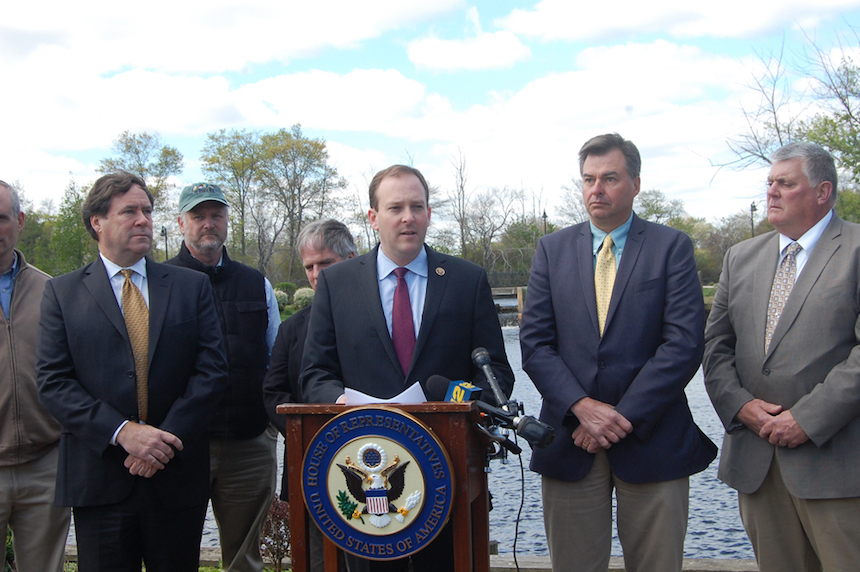 The House of Representatives on 25 July passed a bipartisan bill, the Plum Island Preservation Act (H.R. 2182), which would prevent the sale of Plum Island by the federal government to the highest bidder. H.R. 2182, which you can view here, was sponsored by Representative  Lee Zeldin (R-New York), and has received unanimous support from the Long Island and Connecticut House delegations, as well as a coalition of over sixty-five local and national environmental groups.

In order to become law, the bill must also be passed in the United States Senate. Prior to the House vote, Zeldin spoke on the House floor in support of his bill (see here).

Zeldin’s bill will commission the Government Accountability Office (GAO), in consultation with the Department of Homeland Security, which currently “owns” the island, to formulate a comprehensive plan for the future of the island. This legislation requires the plan focus on conservation, education, and research and include alternative uses for the island including a transfer of ownership to another federal agency, the state or local government, a nonprofit, or a combination thereof. Allowing for continued research, public access and permanent preservation of the island, Zeldin’s bill, H.R.2182, will suspend laws passed in 2008 and 2011 that mandated the public sale of Plum Island by the federal government to the highest bidder.

On the day the House voted for the bill, Zeldin said,

Today, the House of Representatives passed my bipartisan bill to allow for continued research, public access and permanent preservation of Plum Island. Since taking office in 2015, one of my highest local priorities has been to protect Plum Island. The current law, which mandates the sale of the island to the highest bidder, is the wrong path forward. Preserving this island’s natural beauty, while maintaining a research mission, will continue to provide important economic and environmental benefits to Long Island. It will also ensure that the state of the art research facility at Plum Island does not go to waste. This bill will now be sent to the U.S. Senate. I, along with the bipartisan supporters of this bill in the House from New York and Connecticut, in addition to the 65+ environmental and community organizations in the Preserve Plum Island Coalition, will continue to urge Connecticut and New York’s U.S. Senators to get this important bipartisan legislation over the top in their Chamber. We need to get this bill to the President’s desk as soon as possible.

Zeldin’s office notes that in the 114th Congress, Zeldin’s bipartisan bill to protect Plum Island (H.R. 1887) passed the House of Representatives on 16 May 2016. Zeldin’s amendment to the Financial Services and General Government Appropriations Act of 2017 (H.R. 5485), which would prohibit any of the funding within the appropriations bill to be used to market or sell Plum Island, also passed the House of Representatives on 7 July 2016.

The Suffolk Times reports that in 2013, Donald Trump had eyed purchasing the 840-acre island. His representatives spoke with Southold Town and federal officials about the possibility of building a golf course there. Soon after, Southold passed a law establishing two new zoning districts on the island. One is a research district that includes the existing lab and 160 surrounding acres; the other is a conservation district that disallows development on the remaining 600 untouched acres.