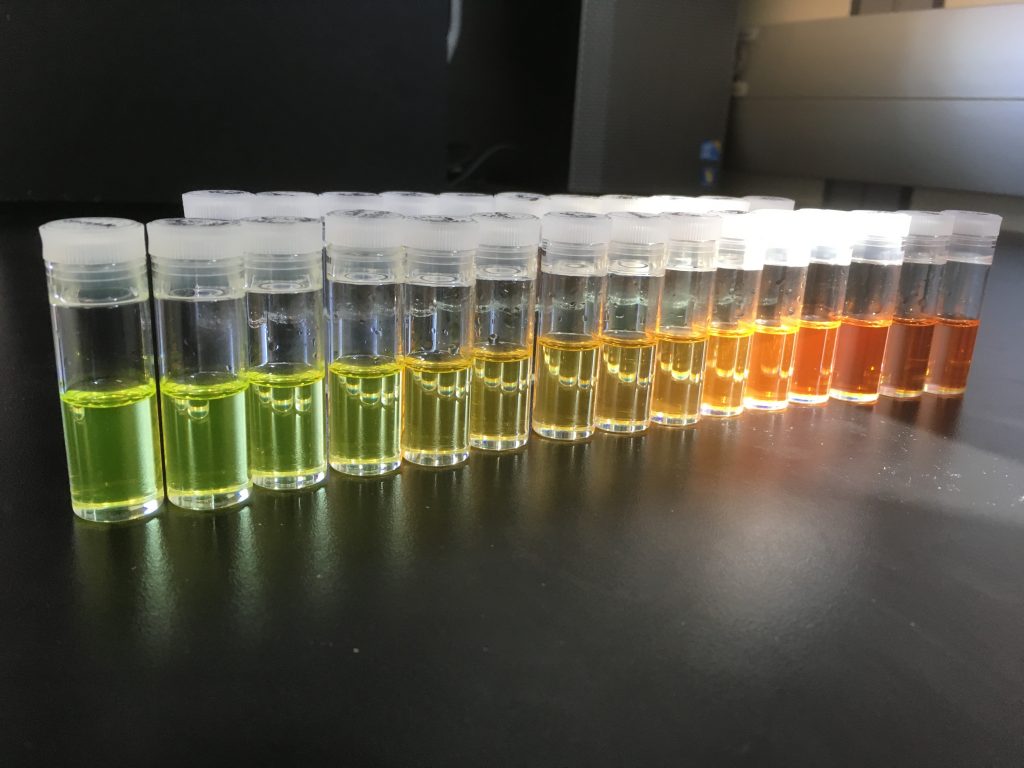 York University chemists have invented a new fluorescence-based method for accurately determining the strength of a range of Lewis acids, which could one day be used to help purify pharmaceutical drugs, improve industrial processes and explore next-generation technologies, according to a new chemistry study.

Measuring the Lewis acidity of molecular species is important because it allows chemists around the world to establish the utility of new compounds to facilitate chemical transformations for a range of applications. The team of six York University researchers developed a new method of testing for Lewis acidity using fluorescence, which is simpler, more accurate and more effective than the commonly-used Gutmann-Beckett method.

The finding, published in the journal Chem, could lead to improved and cheaper processes for the pharmaceutical and chemical industries.

“The pharmaceutical industry is always looking for optimized processes to make new drugs and find new chemicals,” said Thomas Baumgartner, professor in the Department of Chemistry, Faculty of Science, and Canada Research Chair in Organomain Group Materials. “Our method provides a valuable tool to help develop these processes,” said Baumgartner, who co-led the study.”

The theory of acids and bases has long been a key concept in chemical sciences. The Lewis acid-base theory, which defines acid by the ability of a molecule to accept electrons, has become increasingly important for chemistry in the 21st century, mostly in the areas of metal-free catalysis and materials science.

The team of chemists believe their Fluorescent Lewis Acid-base Adduct (FLA) method to be the first of its kind to quantify a wide variety of Lewis acids and provide the ability to visually observe differences in Lewis acid strength. They expect this technique to replace the widely used Gutmann-Beckett method, which is prone to errors.

“Until now, there has been no unifying thread to determine the strength across different species,” said Christopher Caputo, assistant professor in the Department of Chemistry, Faculty of Science, and Canada Research Chair in Metal-Free Materials for Catalysis, who co-led the study. “Some Lewis acids are charged, some are neutral, some are based on metals, some are based on non-metals and they cover the entire periodic table. With our method, we can compare across all these different species and all across the periodic table. As new chemistry and new Lewis acids are developed, our method allows you to quantify and compare all the strengths across the board, which could be very impactful.”

Brain Scans on Movie Watchers Reveal How We Judge People