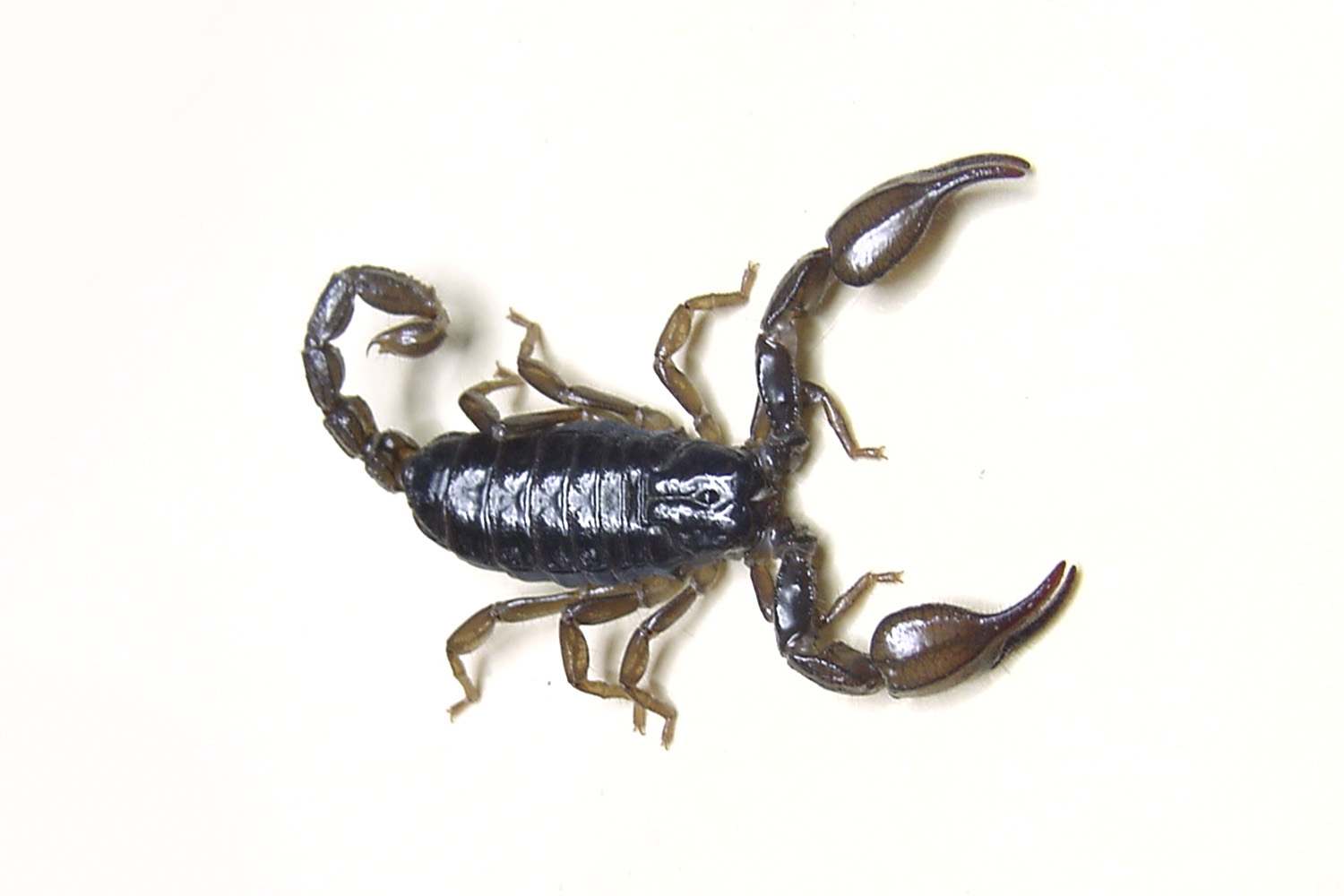 A scorpion native to Eastern Mexico may have more than just toxin in its sting. Researchers at Stanford University and in Mexico have found that the venom also contains two color-changing compounds that could help fight bacterial infections.

The team not only isolated the compounds in the scorpion’s venom, but also synthesized them in the lab and verified that the lab-made versions killed staphylococcus and drug-resistant tuberculosis bacteria in tissue samples and in mice.

The findings, published in the June 10 issue of the journal Proceedings of the National Academy of Sciences, highlight the potential pharmacological treasures awaiting discovery in the toxins of scorpions, snakes, snails and other poisonous creatures.

“By volume, scorpion venom is one of the most precious materials in the world. It would costs $39 million to produce a gallon of it,” said study senior author Richard Zare, who led the Stanford group. “If you depended only on scorpions to produce it, nobody could afford it, so it’s important to identify what the critical ingredients are and be able to synthesize them.”

Zare worked with his colleagues in Mexico, including Lourival Possani, a professor of molecular medicine at the National University of Mexico, whose students caught specimens of the scorpion Diplocentrus melici for study.

“The collection of this species of scorpion is difficult because during the winter and dry seasons, the scorpion is buried,” Possani said. “We can only find it in the rainy season.”

For the past 45 years, Possani has focused on identifying compounds with pharmacological potential in scorpion venom. His group has previously uncovered potent antibiotics, insecticides and anti-malarial agents hidden in the arachnid’s poison.

When the Mexican researchers milked the venom of D. melici – a process that involves stimulating the tail with mild electrical pulses – they noticed that the venom changed color, from clear to brownish, when it was exposed to air.

When Possani and his lab investigated this unusual color-change, they found two chemical compounds that they believed were responsible. One of the compounds turned red when exposed to air, while the other turned blue.

To find out more about each compound, Possani reached out to Zare’s group at Stanford, which has a reputation for identifying and synthesizing chemicals.

Using only a tiny sample of the venom, Stanford postdoctoral researchers Shibdas Banerjee and Gnanamani Elumalai were able to work out the molecular structure of the two compounds. “We only had 0.5 microliters of the venom to work with,” said Zare, who is the Marguerite Blake Wilbur Professor in Natural Science at Stanford’s School of Humanities and Sciences. “This is ten times less than the amount of blood a mosquito will suck in a single serving.”

Using clues gleaned from running the compounds through various chemical analysis techniques, the Stanford scientists concluded that the color-changing ingredients in the venom were two previously unknown benzoquinones – a class of ring-like molecules known to have antimicrobial properties.

The benzoquinones in the scorpion venom appeared to be nearly identical to one another. “The two compounds are structurally related, but whereas the red one has an oxygen atom on one of its branches, the blue one has a sulfur atom,” Banerjee said.

The group confirmed the compounds’ structures when, through much trial and error, they learned how to synthesize them. “Many of the reactions you write on paper that appear to work don’t actually work when you try them in the lab, so you need to be patient and have many different ideas,” said Stanford MD-PhD graduate student Shyam Sathyamoorthi, who led the synthesis efforts.

Zare’s lab sent a batch of the newly synthesized benzoquinones to Rogelio Hernández-Pando, a pathologist at the Salvador Zubirán National Institute of Health Sciences and Nutrition in Mexico City, whose group tested the lab-made compounds for biological activity.

Hernández-Pando’s group found that the red benzoquinone was particularly effective at killing the highly infectious staphylococcus bacteria, while the blue one was lethal to both normal and multi-drug-resistant strains of tuberculosis-causing bacteria.

“We found that these compounds killed bacteria, but then the question became ‘Will it kill you, too?'” Zare said. “And the answer is no: Hernández-Pando’s group showed that the blue compound kills tuberculosis bacteria but leaves the lining of the lungs in mice intact.”

Possani said the antimicrobial properties of the compounds might not have been discovered if Zare’s group had not figured out how to synthesize it, thus allowing it to be produced in larger quantities. “The amount of venom components we can get from the animals is extremely low,” Possani said. “The synthesis of the compounds was decisive for the success of this work.”

The Stanford and Mexican scientists are planning further collaborations to determine whether the isolated venom compounds can be transformed into drugs and also why they’re present in the venom in the first place.

“These compounds might not be the poisonous component of the venom,” Zare said. “We have no idea why the scorpion makes these compounds. There are more mysteries.”

Millennials Are 'Canaries in the Coal Mine' for Toxic Economic Trends