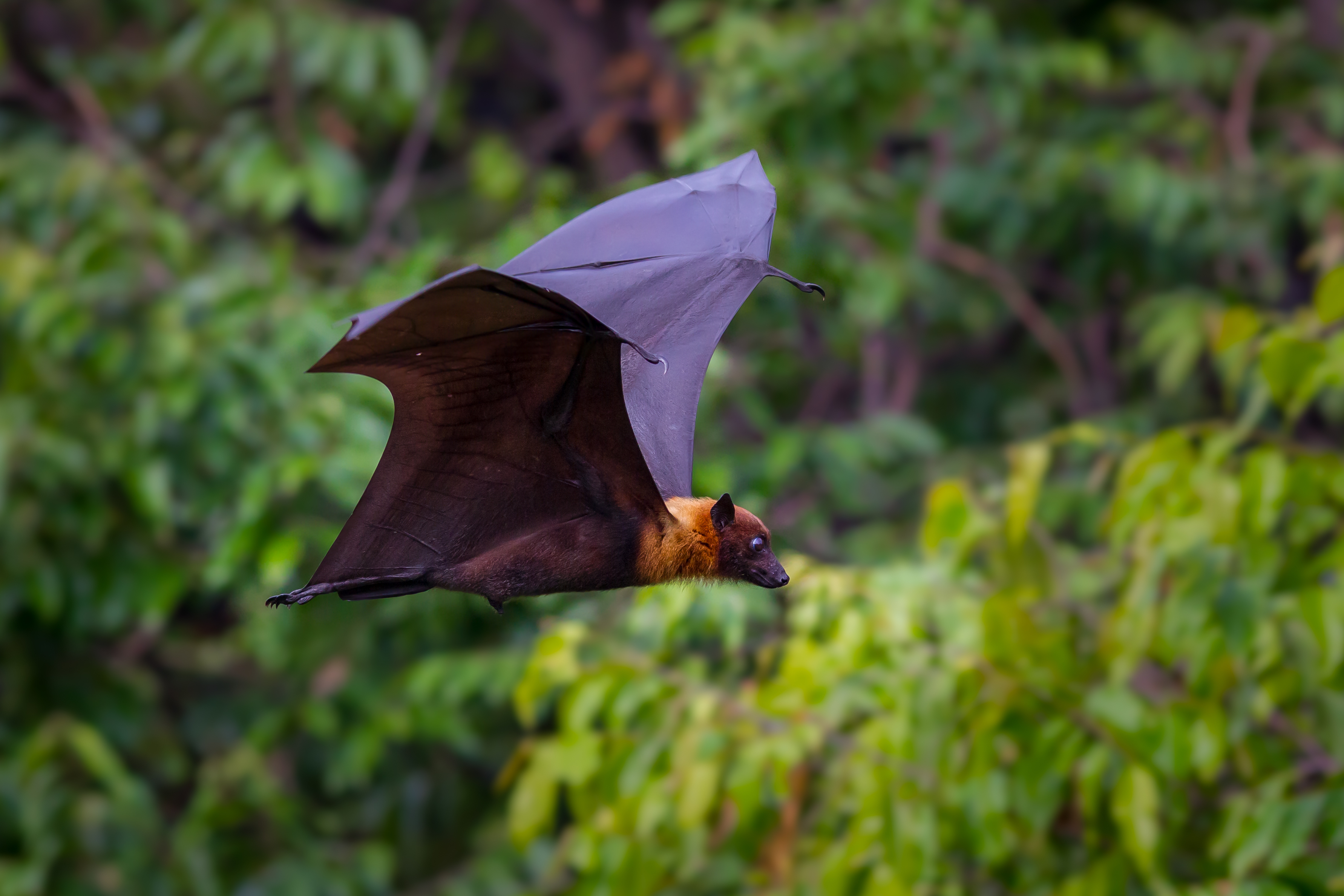 Insect-eating bats navigate effortlessly in the dark and dolphins and killer whales gobble up prey in murky waters thanks in part to specific changes in a set of 18 genes involved in the development of the cochlear ganglion — a group of nerves that transmit sound from the ear to the brain, according to a study by researchers at Stanford University.

Surprisingly, these very different species evolved their unique ability to use sound waves to navigate and identify obstacles and tasty morsels, be they mosquito or minnow, in part by acquiring identical mutations in their genomes — mutations not shared by other, more closely related species like humpback whales, which patiently sieve the ocean for krill, or fruit bats, which seek stationary, yummy-smelling snacks.

The discovery solves a long-standing biological debate as to whether echolocating bats and whales have independently undergone many similar genomic changes “under the hood” to accomplish the same goal. It also opens the door to understanding more about the molecular basis for human disorders as varied as deafness, skin lesions caused by high cholesterol, and altitude sickness, the researchers said.

“Not only is it breathtaking to see how these very different species carved their own evolutionary niches for themselves through independently acquiring similar genetic changes, it’s beneficial to our understanding of our own physiology and development,” said Gill Bejerano, PhD, professor of developmental biology, of computer science, of pediatrics and of biomedical data science at Stanford. “Developmental biologists have long wondered whether, at the most basic level, something that’s the same on the outside — like species that use echolocation — are the same on the inside. That is, do they acquire these traits through similar molecular changes? Now we know that not only is this true as least some of the times, but also that many of these changes occur in the coding region of the genome. It’s fascinating.”

Bejerano is the senior author of the study, which was published online in the Proceedings of the National Academy of Sciences. Postdoctoral scholar Amir Marcovitz, PhD, and graduate students Yatish Turakhia and Heidi Chen share lead authorship.

Although the cochlear ganglion has been previously implicated in the sound-as-GPS technique known as echolocation, past studies have relied primarily on researchers’ intuition to identify possible genetic players based on prior knowledge of their function — a kind of looking-for-your-lost-keys-under-a-lamppost approach. These studies suggested only a few responsible mutations in just four genes involved in hearing.

In contrast, the Stanford researchers developed an unbiased way to sift through whole genome sequences and spotlight concerted genetic changes shared by animals with unusual abilities or traits.

They used the technique to identify genes involved not only in echolocation, but also others critical to the development of the specialized skin of aquatic mammals such as manatees and killer whales, or to the increased lung capacity and function enjoyed by jaunty high-altitude animals like pikas and alpacas.

The technique developed by the researchers is likely to open countless doors for biologists seeking to identify the genetic underpinnings of other adaptive traits. The findings also answer yet another hotly debated question in developmental biology.

“For a long time, biologists have wondered whether important evolutionary changes could occur through changes in the sequences of genes that are very similar across related species,” Bejerano said. “These genes often control multiple functions in different tissues throughout the body, so it seems it would be very difficult to introduce even minor changes. But here we’ve found that not only do these very different species share specific genetic changes, but also that these changes occur in coding genes.”

Bejerano and his colleagues developed the technique by searching for instances in which animals sharing unique traits also shared changes in their DNA that are not found in their more closely related peers. To analyze the evolution of echolocation, for example, they compared the genetic sequences of echolocating bats with those of megabats that don’t echolocate, and toothed cetaceans such as dolphins and killer whales with cloven-hooved land mammals. (At the time of the study, whole genome sequences for nonecholocating whales were not available.)

The researchers looked for instances in which the DNA sequences of genes independently changed to encode amino acids that, although identical among echolocating species, differed from the amino acid found at that position in most other mammals. They then devised a way to determine whether these changes occurred more often than would be expected by chance in particular groups of genes that are predicted to have similar functions. There are about 4,000 groups of genes known to affect the development and function of a large variety of tissues in mammals.

Remarkably, the researchers found that their unbiased analysis homed in on the cochlear ganglion as the single most affected tissue among echolocating mammals. In particular, 25 “convergent” amino acid changes occurred in 18 genes known to be involved in the development of the cochlear ganglion. Only two of the 25 changes had been previously identified in past echolocation studies.

“Pulling the cochlear ganglion — a real poster child for the development of echolocation — out of a hat containing more than 4,000 possible gene sets, based on genomic sequence alone, was pretty spectacular,” Bejerano said. “You go from agnostically checking all these different groups to boom, you have a prime suspect jump immediately to the top.”

Finally, the scientists burrowed more deeply into the data to ensure that their tool wouldn’t mistakenly identify instances in which different animals had devolved, or abandoned certain traits when they were no longer required by their environment. To do so they examined the whole genome sequences of different subterranean moles that have lost their vision after millennia in the dark underground.

“This study is a great example of what we can accomplish when we combine the data in whole genome sequences from multiple species with functional information about specific genes,” Bejerano said. “The biomedical community has been gathering both of these datasets for many years, and it’s wonderful to now be at the confluence of these two fields — identifying the relationships between gene conservation and function and between phenotype and gene sequences. Now we’ve developed a tool that can screen millions of potential matches, and we are seeing the emergence of some beautiful patterns. Doing this in other animals and for other traits is going to be so much fun.”

A Breath Test for Opioids