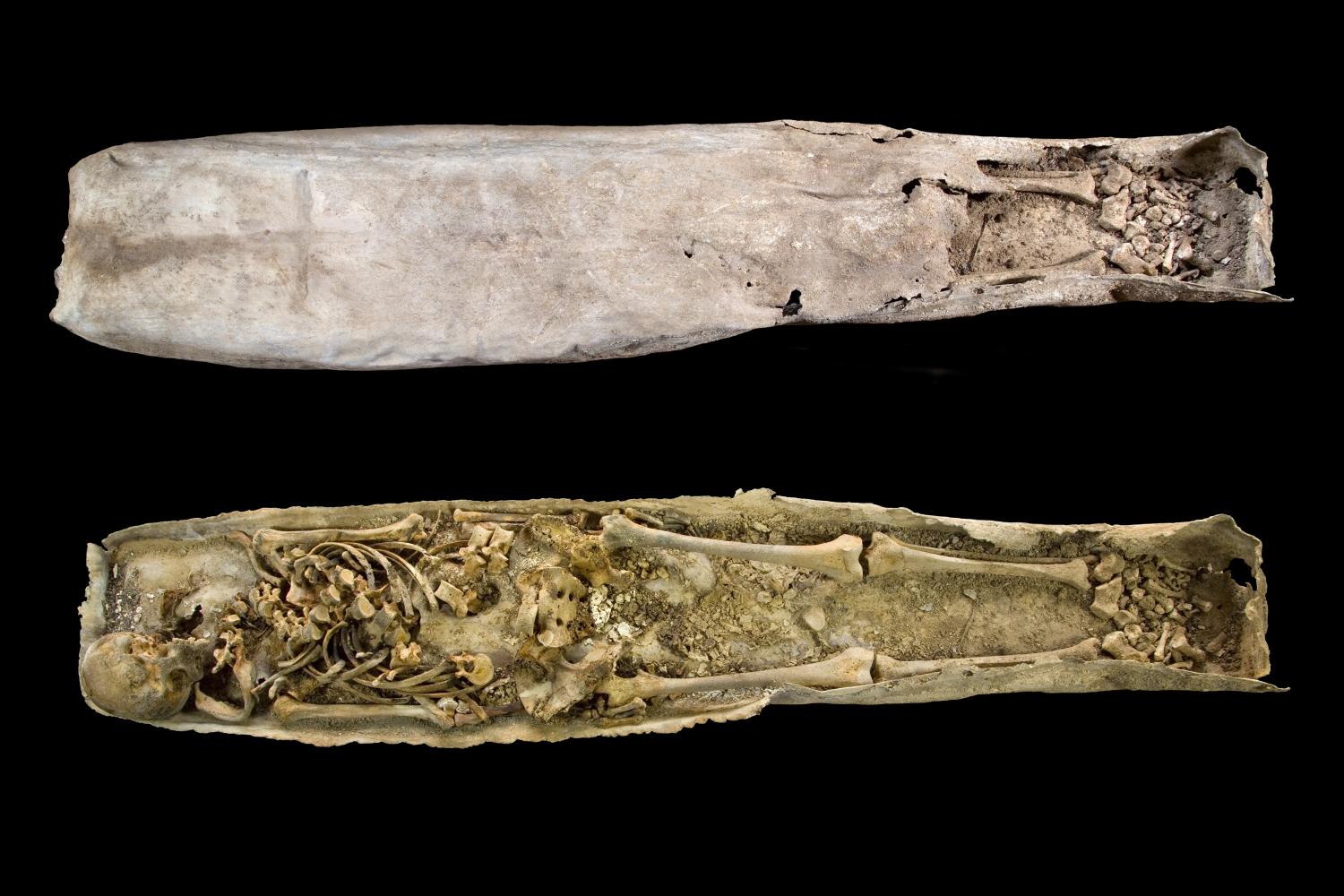 In Quebec, gravestones did not come into common use until the second half of the 19th century, so historical cemeteries contain many unmarked graves. Inspired by colleagues at Barcelona’s Pompeu Fabra University, a team of researchers in genetics, archaeology and demography from three Quebec universities (Université de Montréal, Université du Québec à Chicoutimi and Université du Québec à Trois-Rivières) conducted a study in which they combined genealogical information from BALSAC (a Quebec database that is the only one of its kind in the world) with genetic information from more than 960 modern Quebecers in order to access the genetic profile of Quebec’s historical population. The results, published in the American Journal of Physical Anthropology, suggest the capabilities that this method may offer in the near future.

The BALSAC database contains the genealogical relationships linking five million individuals, the vast majority of whom married in Quebec, over the past four centuries. Work on developing this database began in 1972 at Université du Québec à Chicoutimi under the direction of historian Gérard Bouchard.

The first author of this study is Tommy Harding, a postdoctoral researcher at Université de Montréal who specializes in DNA sequencing. BALSAC, he said, “is a fabulous database for researchers, because both the quantity and the quality of the data that it contains are truly exceptional. The parish records meticulously kept by Catholic priests have been very well preserved so that today, thanks to advances in technology, it is possible to use this data to identify the bones from unmarked graves.”

This study was directed by Damian Labuda, an expert in genetic structure and diversity who is a professor in the Department of Pediatrics at Université de Montréal and its affiliated Sainte-Justine Hospital Research Centre. “Genetics,” he said, “has of course been used many times to identify the remains of historical figures, such as the members of the Romanov Russian imperial family who were killed by the Bolsheviks and buried in a common grave, or the English king Richard III, who died in 1483 and whose remains were discovered in 2012.

“What is different about our research team’s genetic method,” Dr. Labuda added, “is that we use the information contained in two genetic markers that are transmitted to children by only one parent: the Y chromosome, which is passed from fathers to their sons, and mitochondrial DNA, which is passed from mothers both to their daughters and to their sons. These two genetic molecules are inherited with few modifications (that is, mutations), so that individuals today have the same, or almost the same, DNA sequence as their ancestors who lived more than 10 generations earlier.”

Added Harding: “To empirically test our method’s identification potential, we selected six unidentified male skeletons that had been exhumed over the years at four historical cemeteries in Quebec. Two of these cemeteries were in Montreal (Notre Dame cemetery, active from 1691 to 1791, and Saint Antoine cemetery, active from 1799 to 1855). The two others were those of the former municipality of Pointe-aux-Trembles (active from 1709 to 1843) and the city of Sainte-Marie-de-Beauce (active from 1748 to 1878). We sent these bones to the Genomics Core Facility, a laboratory at Pompeu Fabra University in Barcelona that specializes in analyzing historical DNA. This laboratory extracted DNA from these remains and analyzed them to reveal their mitochondrial and Y chromosome genetic markers.”

The Quebec researchers then compared the genetic markers from these historical remains with the same genetic markers from over 960 modern Quebecers who had volunteered to be genotyped in an earlier research project and whose genealogy had been established using population data from the BALSAC database. Through this process, the researchers were able to deduce the genetic profiles of approximately 1.7 million individuals from historical Quebec.

“However,” Dr. Harding acknowledged, “only 12 per cent of the men married before 1850 who are included in the BALSAC database shared a mitochondrial profile and a Y chromosome with the 960 Quebecers from the modern sample. Because of this limited genetic coverage, none of the men among these 12 per cent had the same genetic profile as any of the unidentified remains.”

Some remains still cannot be identified

Harding continued: “Presumably, the individuals whose remains we analyzed were not related maternally or paternally to any of the individuals in the modern sample. But if we could increase the number of genotyped modern individuals considerably – by hundreds of thousands – then we could identify up to 87 per cent of the men married before 1850.”

Harding sees two possible sources from which more genetic profiles of modern Quebecers could be obtained to compare with the BALSAC database. “Thousands of genetic profiles of Quebecers have already been gathered by certain population genetics research platforms as well as by “acts of citizen participation”, meaning that many people who have their genetic profile drawn up for personal reasons agree to allow it to be used for research purposes.”

Other uses of this method

He added: “In addition to being used to identify historical remains here in Quebec so that they can be laid to rest again in marked graves, our method might be used to identify the remains of Canadian soldiers who died and were buried overseas during the two world wars.”

He also believes that this method has potential applications in public health. “Studying the genetic baggage of the founders of the French-Canadian population can help us not only to calibrate other methods, such as the reconstruction of historical genomes using bioinformatic models, but also to advance knowledge of the epidemiology of genetic diseases by identifying the historical sources of their genetic determinants, thus opening the door to easier screening for some of these diseases.”

Cardiologists: Big Data Advances Research, but Shouldn't Do So at the Cost of Privacy