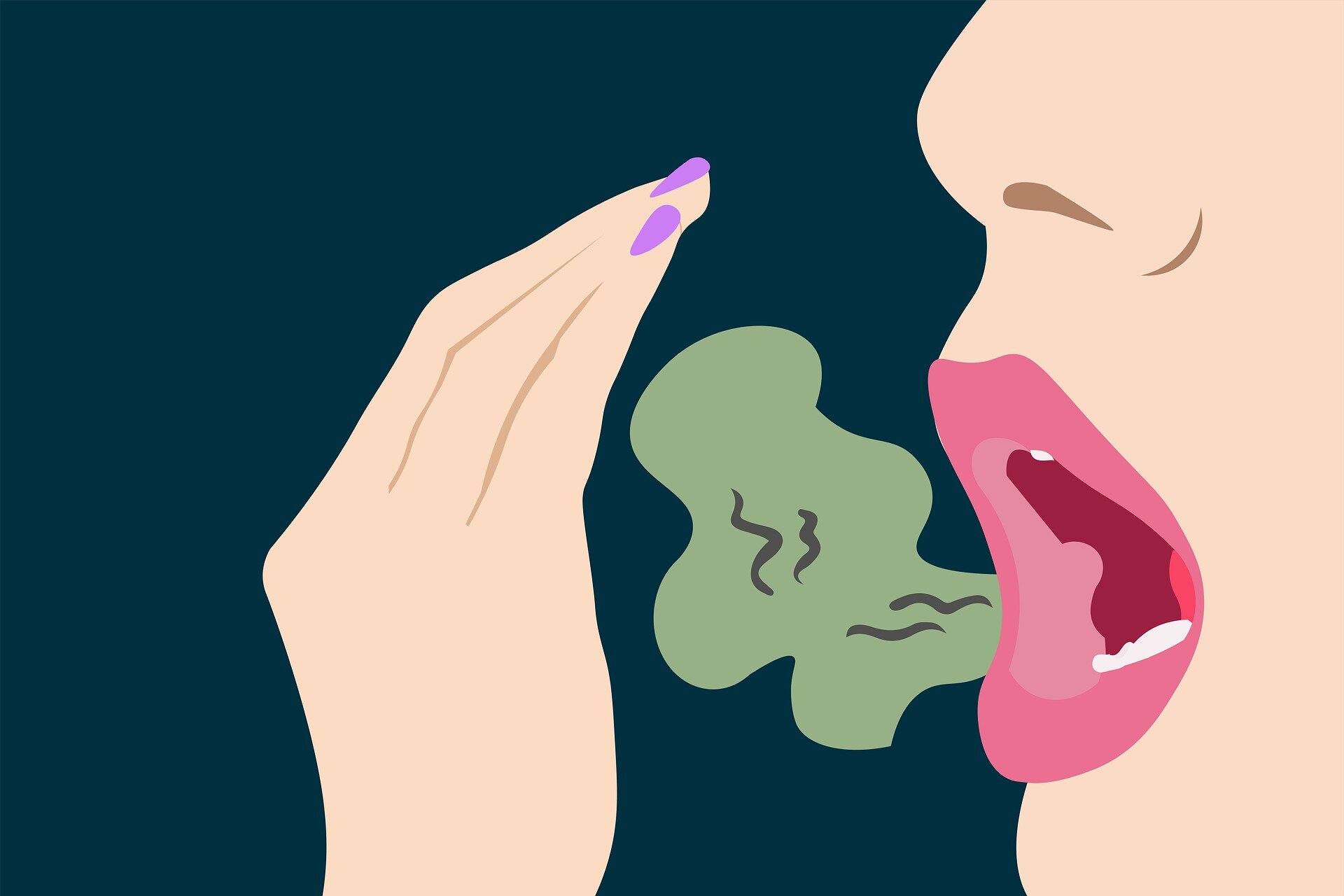 No one wants bad breath — not when visiting friends and family, at a job interview, and especially not on a first date. Smelly breath can make things awkward, but it also is a natural warning sign, indicating that serious dental issues are occurring. Now, researchers reporting in ACS Nano have constructed a portable, thumb-sized device that diagnoses bad breath by quickly “sniffing” exhalations for the gas that makes it stinky — hydrogen sulfide.

Because most people can’t smell their own breath, they need to ask someone else, which can be embarrassing and awkward. Some devices measure small amounts of stinky hydrogen sulfide, but they require exhaled air to be collected and tested on expensive instruments in a lab, which is not feasible for consumers. Previous studies have shown that when some metal oxides react with sulfur-containing gases, their electrical conductivity changes. And when metal oxides are paired with noble metal catalysts, they can become more sensitive and selective. So, to develop a small, real-time bad-breath analyzer, Kak Namkoong, Il-Doo Kim and colleagues wanted to find the right combination of substances that would elicit the fastest and strongest response to hydrogen sulfide in air blown directly onto it.

The researchers mixed sodium chloride (an alkali metal salt) and platinum (a noble metal catalyst) nanoparticles with tungsten, and electrospun the solution into nanofibers that they heated, converting the tungsten into its metal oxide form. In preliminary tests, the composite made from equal parts of each metal had the largest reactivity to hydrogen sulfide, which the team measured as a large decrease in electrical resistance in less than 30 seconds. Although this nanofiber reacted with a few sulfur-containing gases, it was most sensitive to hydrogen sulfide, creating a response 9.5 and 2.7 times greater than with dimethyl sulfide or methyl mercaptan, respectively. Finally, the team coated interdigitated gold electrodes with the nanofibers and combined the gas sensor with humidity, temperature and pressure sensors into a small prototype device that was about the size of a human thumb. The device correctly identified bad breath 86% of the time when real breaths from people were exhaled directly onto it. The researchers say that their sensor could be incorporated into very small devices for quick and easy self-diagnosis of bad breath.