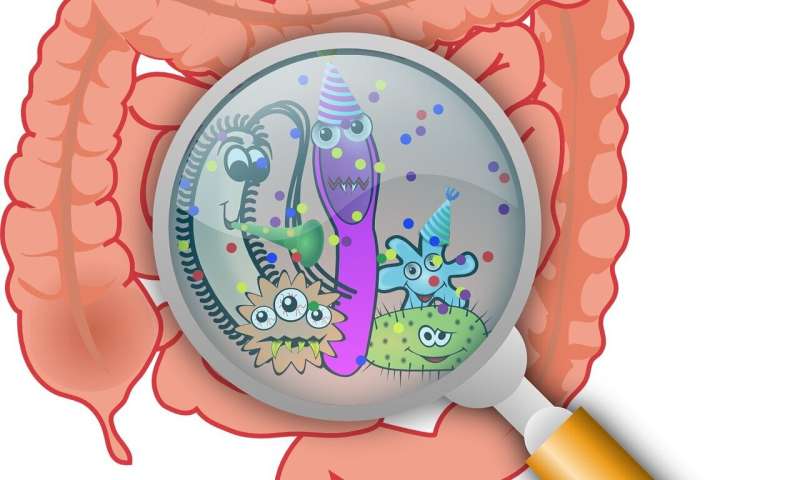 Findings of a nationwide study led by the Translational Genomics Research Institute (TGen), an affiliate of City of Hope, suggest that a family’s socio-economic status (SES) may influence children’s composition of gut microbiome — the mix of microscopic organisms within the digestive tract.

SES includes economic resources such as education, income and occupation, and are reflected in living conditions, nutrition and psychosocial stress, according to the study, which focused on the education levels of mothers and fathers.

Samples of DNA and nucleic acids from a racially diverse group of 588 children, ages 1 month to 15 years old, found that environmental factors such as SES could influence the health of individuals throughout their lives, potentially influencing such measures as blood pressure, height, weight, diabetes, obesity and even attention-deficit/hyperactivity disorder (ADHD). Gut microbiota play an important role in a broad range of body functions, including the immune system, metabolic and inflammatory processes, and the central nervous system.

While previous studies have examined how SES can affect the gut microbiome of adults, this is one of the first such examinations in young children, according to the study published recently in the journal Microorganisms.

“These findings may have important implications for understanding how interventions in childhood could help prevent the eventual impact of SES on microbiome diversity and subsequent health,” said Candace Lewis, Ph.D., a post-doctoral fellow in TGen’s Neurogenomics Division, and the study’s lead author. “Our results demonstrate that modifiable environmental factors, such as SES, may influence gut microbiome composition at an early age.”

Faecalibacterium, considered a key biomarker of a healthy gut, produces butyrate, which is an energy source that plays a major role in gut physiology and has several beneficial health effects, including protection against pathogens, modulation of the immune system, and reduction of cancer progression.

“Faecalibacterium abundance may be one biological pathway in which early environmental influences shape disease vulnerability through life,” the study said.

Other factors considered in the study were age, sex, antibiotic exposure, and even birth type (whether the child was born vaginally or by caesarean section).

“These results are important, as our understanding of gut microbiome influences on health continue to expand,” said Sarah Highlander, Ph.D., a Research Professor in TGen’s Pathogen and Microbiome Division and one of the study’s authors. “This study tests the associations between family SES with the relative abundance of microbiota type and diversity of infants and children, while controlling for potential genetic associations.”

Only a Minority of Those with Alcohol Use Disorders Receives Medication