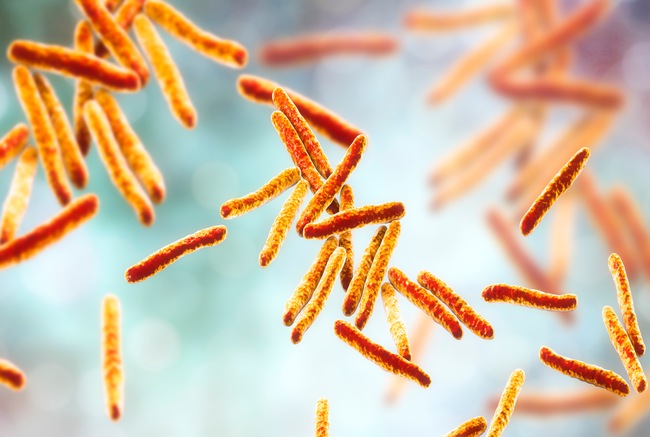 Mycobacterium tuberculosis (Mtb), the hardy bacterial species that causes tuberculosis (TB), has an unexpected vulnerability that future drugs may be able to exploit, according to a study from researchers at Weill Cornell Medicine.

The researchers, whose findings appeared November 15 in Nature Communications, investigated the role of an Mtb enzyme that had never been studied in depth before, and discovered that it is crucial for Mtb’s breakdown of available fatty acids to supply energy and molecular building blocks for growth and survival. Deleting just that one enzyme, which they called EtfDMtb, rendered Mtb unable to sustain an infection in mice.

“This enzyme is an attractive drug target for TB—silencing it not only starves the bacterium but also has an additional toxic effect on it,” said senior author Dr. Sabine Ehrt, a professor of microbiology and immunology at Weill Cornell Medicine.

The new findings arose from an observation by lead author Dr. Tiago Beites, an instructor in the Ehrt laboratory. Dr. Beites was analyzing Mtb proteins and noted that two of them have intriguingly close resemblances to human metabolic enzymes called ETF-α and ETF-β. The latter are known to be involved in the metabolism of fatty acids, and their mutation can cause metabolic disease.

Dr. Beites and his colleagues investigated further, and ultimately discovered that the two Mtb proteins, which they renamed EtfAMtb and EtfBMtb, together form an enzyme that works with another Mtb enzyme, which they called EtfDMtb, to carry out a similar metabolic function for Mtb—specifically a breakdown-related process called the beta oxidation of fatty acids.

Although it had been assumed that fatty acid metabolism in Mtb was covered by a multitude of redundant enzymes, making this set of pathways a poor drug target, the team found that the three-component complex they uncovered is critical for Mtb’s normal growth and survival. A mutant Mtb lacking EtfDMtb—the most promising drug target of the three because it has no human counterpart—was unable to fuel its growth with fatty acids or related cholesterol. It was also directly harmed through a toxic effect by the buildup of long-chain fatty acids and could not establish a long-term infection in mice.

“This is a good initial indication that inhibiting this enzyme would be an effective way to treat TB,” Dr. Beites said.

Even now in the age of antibiotics, Mtb remains a major public health threat. It is estimated to infect nearly a quarter of the human population at any one time, mostly in South and Southeast Asia, China, and parts of Africa. It also has been killing about 1.5 million people annually—more than any other pathogen except, in the past two years, SARS-CoV-2, the cause of COVID-19.

Mtb but then cannot destroy it. Curing Mtb infection with antibiotics is possible but requires lengthy treatment regimens with which patients often fail to comply.

With about 4,000 genes in its genome, Mtb also has a formidable ability to evolve treatment resistance. Multi-drug-resistant Mtb strains have become a major medical problem in many parts of the world, and have created an urgent need for drugs that kill this pathogen through new mechanisms.

Evidence is emerging in support of targeting fatty acid metabolism. Last year, a separate team of researchers in Europe reported that certain chemical compounds called dioxobenzo-pyrido-indoles can kill Mtb by inhibiting the enzyme that Dr. Beites and Dr. Ehrt call EtfDMtb. The Weill Cornell Medicine researchers, having begun to elucidate the functions of EtfDMtb, therefore hope to work with the European team to test these compounds further.

The researchers also plan additional studies to determine whether EtfDMtb or closely related enzymes could be good drug targets in other disease-causing bacteria.

Serosurvey in Sierra Leone Points to Underreporting of Cases, Risk of New Variants

Sensor Based on Quantum Physics Could Detect SARS-CoV-2 Virus