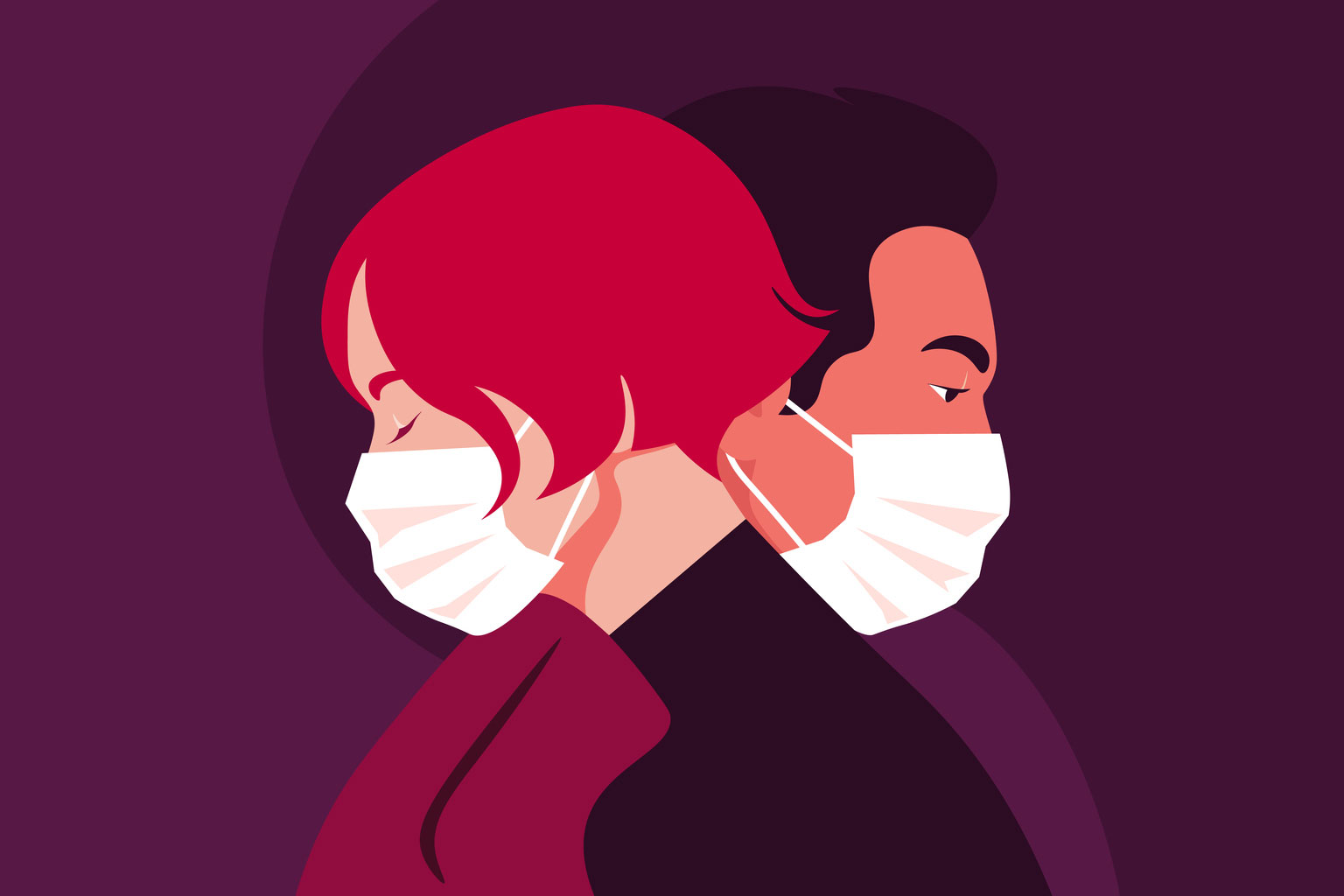 The world has relied on adherence to non-pharmaceutical interventions, such as ventilation, mask-wearing and physical distancing, to keep us safe throughout the ongoing pandemic. With vaccines completing the toolbox, these measures and the accompanying public health messaging continue to play an important role.

Now a new study has shown that it is possible to test the effectiveness of interventions designed to foster safer behaviour in order to slow the spread of a virus.

The study, led by the Max Planck Institute for Human Development, Germany, with collaborators at the University of Plymouth, UK, and the IESE Business School, Spain, found that the most effective approach was a message that directly appealed to the public, contained moral reason, and was clear and consistent.

The research, published in Science Advances, asked seven groups of 100 people each in a cross section of the US population to take part in games designed to emulate virus transmission.

How did the game work?

All 100 players in each game started as blue; then eight randomly selected players were switched to purple (this represents the initial outbreak).

In each of 25 rounds, players decided between two actions: action G offering low risk and low reward (8 points) and action H offering high risk and high reward (40 points). All players were randomly paired. Blue paired with purple players may switch to purple; the transmission probability was between 0.05 and 0.25 and was determined by the riskiness of the pair’s chosen actions.

Finally, scores summed across all rounds were translated into payoffs for blue players only, at a rate of £1 per 200 points – so if they took more risks and managed to stay blue, they got a higher reward.

However, if they got ‘infected’ and turned purple, they lost everything.

What was being tested?

The research tested the effectiveness of different types of interventions in preventing risk-taking behaviour.

The scenario was purposely chosen to be separate from COVID-19 to ensure that participants were at the same level of experience. The interventions implemented principles of several methods used by countries and media outlets worldwide, and found that people reduced their risk-taking behaviour as follows:

Lead study author Dr. Jan Woike, Lecturer in Psychology at the University of Plymouth, said: “Nonpharmaceutical interventions – such as wearing masks, maintaining physical distance, and reducing contacts – require large-scale behaviour change, which depends on individual compliance and cooperation. The behavioural sciences offer cognitive and communicative tools to help, but the effectiveness of the methods to increase compliance has rarely been tested in controlled scenarios that still reflect the dynamics of infectious outbreaks.

“What’s so important about this framework is that it allows to test the effectiveness of an intervention before implementing it in a real pandemic with health consequences for participants.

“It was interesting to note that the most effective intervention was not the one that participants liked the most. Clear and consistent messaging worked best in reducing risk-taking behaviours.

“We don’t know if and when the next pandemic, or even the next concerning variant in this pandemic, may arrive, but policy-makers need to know which interventions are most likely to promote socially advantageous behaviour, and this is a step to making that possible.”

Health Care Wage Growth Has Lagged Behind Other Industries, Despite Pandemic Burden