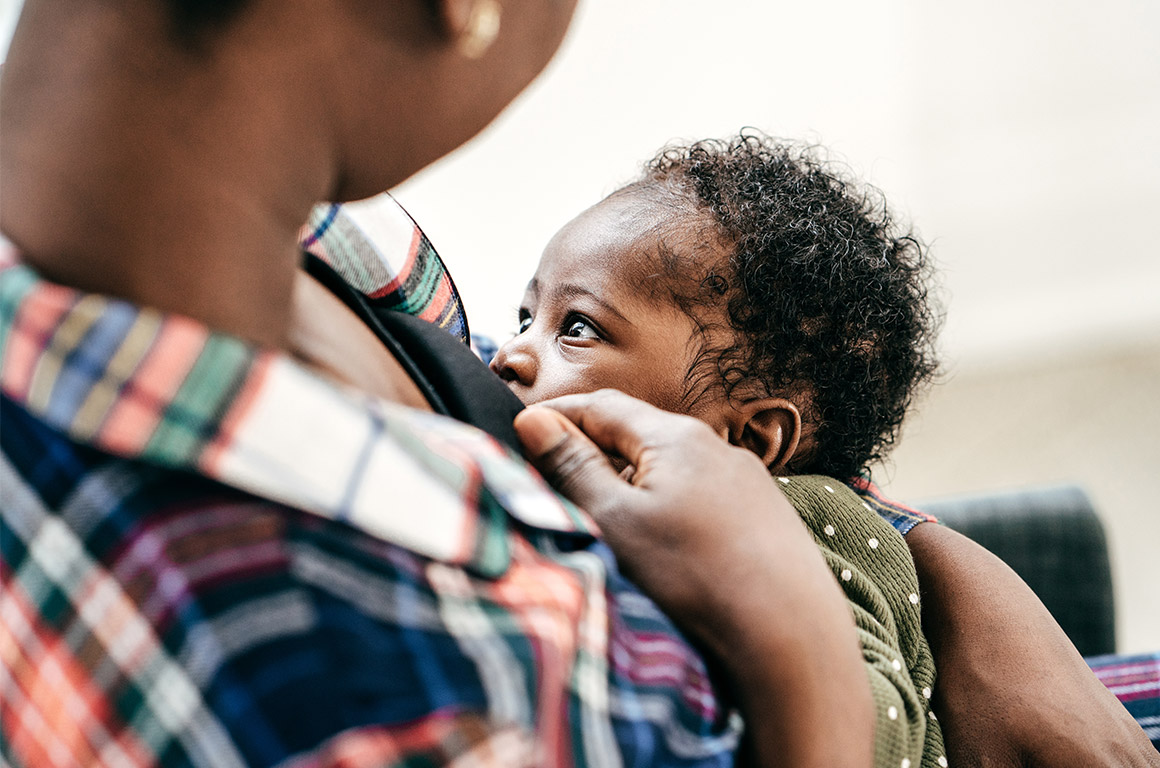 A new study from Amira Roess in the Department of Global and Community Health at George Mason University highlights the differences in breastfeeding initiation between African Americans and Black immigrants enrolled in the Washington, D.C. WIC supplemental nutrition program.

A new study from Amira Roess, professor in the Department of Global and Community Health, showed that breastfeeding rates are significantly lower for African Americans compared to Black immigrants and other race/ethnic groups.

“By looking more carefully at African Americans and Black immigrants we can see that combining the two can hide important health disparities since Black immigrant populations tend to have higher breastfeeding rates,” said Roess. “Without detailed breastfeeding initiation data by more nuanced race/ethnicity definitions, the potential for poorly targeted interventions and policies exists, and opportunities to improve breastfeeding may be missed.” This research gathered data from participants in Washington, DC’s Special Supplemental Nutrition Program for Women, Infants, and Children (WIC) from 2007-19.

The Centers for Disease Control’s Healthy People 2020 provided 10-year objectives (ending in 2020) to increase American’s health, and one goal was to increase the number of infants who were breastfed. This goal was met nationally (81.9%), but not met for all racial subgroups. People in the non-Hispanic Black demographic had the lowest reported breastfeeding initiation (73.7%), which fell well below the Healthy People 2020’s goals. Roess’s study further dissected the non-Hispanic Black demographic into subgroups and found that African Americans have a lower breastfeeding rate (39.9%) than Black immigrants (69.6%). Overall, breastfeeding initiation for both groups increased over time in the study population, which mirrored the national trend, but at lower rates.

The paper titled “Disparities in Breastfeeding Initiation Among African American and Black Immigrant WIC Recipients in the District of Columbia, 2007–2019” was published online in March 2022 in the American Journal of Public Health.