The biomedical visualization studio Visual Science has created the most detailed and scientifically accurate 3D model of the full SARS-CoV-2 virus at atomic resolution. The model is based on the latest scientific research into the structure of coronaviruses and communication with virologists currently working with the virus. Molecular and computational biologists from Visual Science with help and advice from leading specialists in structural virology of coronaviruses built the most accurate model of the SARS-CoV-2 viral particle currently available.

The SARS-CoV-2 virus model is a part of Visual Science’s non-commercial Viral Park project. Its past successes include models of HIV, influenza A/H1N1, Ebola, papilloma, and Zika virions.

“Visual Science employed the same techniques of structural bioinformatics used in basic research and drug development. The model reflects scientists’ current understanding of the virus’s architecture. It includes surface protein spikes that interact with the receptors on the surface of the human cell to get inside, lipid envelope with an integrated layer of matrix proteins, and a genome assembly, reconstructed based on the available scientific data”, says Ivan Konstantinov, CEO, and founder of Visual Science.

“We use published scientific information about the virus and structures of the viral components available in the Protein Data Bank as a starting point. After thorough and careful analysis of the data, we reconstruct complete models of the viral proteins and their interactions using computational biology software and then assemble the whole model of the virion based on these structures and information about the virion composition and assembly”, says Yury Stefanov, Ph.D., scientific director of the Visual Science. 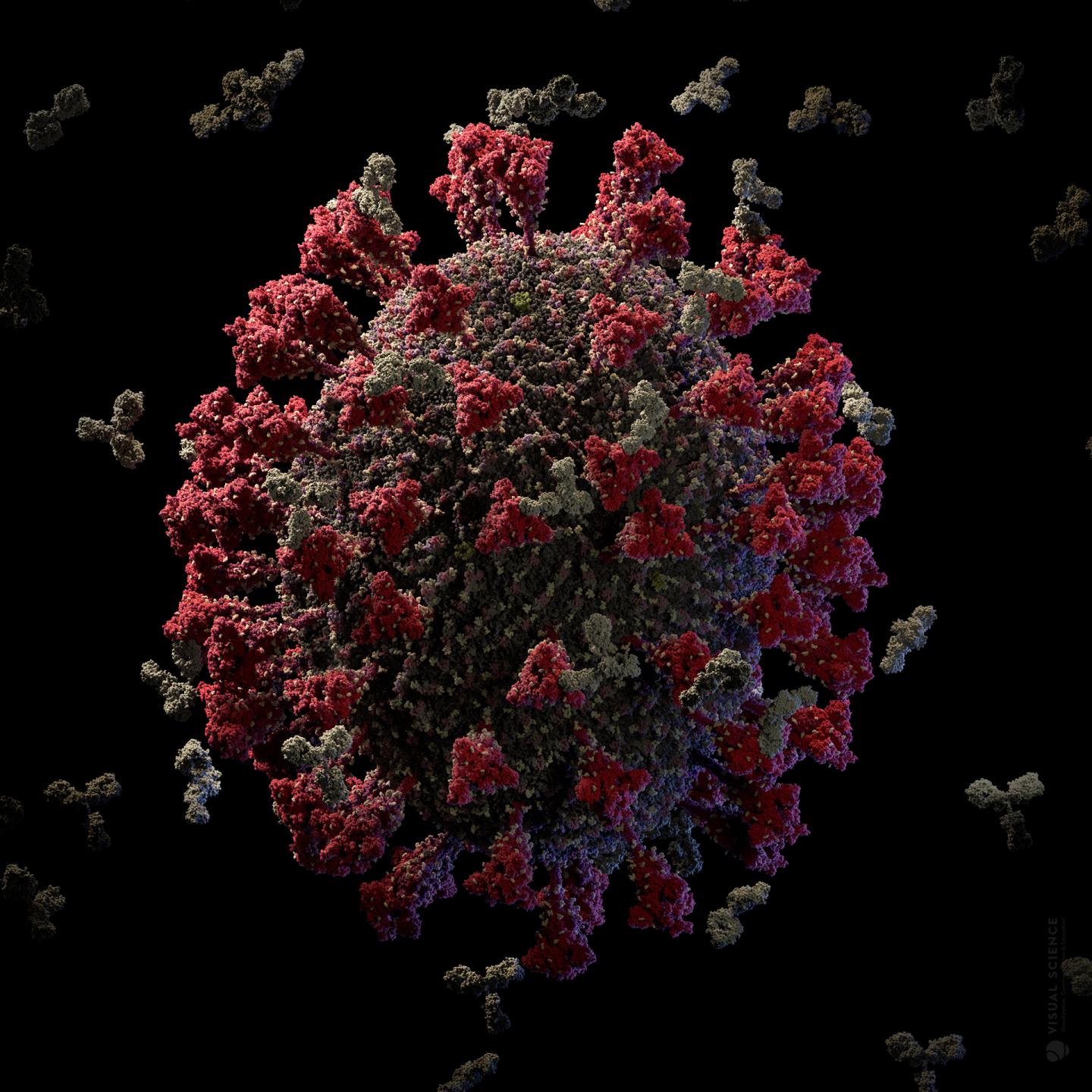 The SARS-CoV-2 virus model was created by scientists and CGI specialists at Visual Science. Virologists from leading laboratories working with structural biology of coronaviruses provided valuable feedback and consultations that helped to make the model scientifically accurate.

“In their usual stunning style, the talented illustrators at Visual Science have created a model of the SARS-CoV-2 virus particle. It shows, in great detail, the intact particle with its spike glycoproteins embedded in the membrane. A cutaway view reveals the viral nucleocapsid inside the particle. These gorgeous images will enhance our understanding of the virus particle, and for the non-scientist will make even more palpable the virus that is infecting millions of people”, says Vincent Racaniello, Ph.D., Higgins Professor at the Department of Microbiology & Immunology of Columbia University.