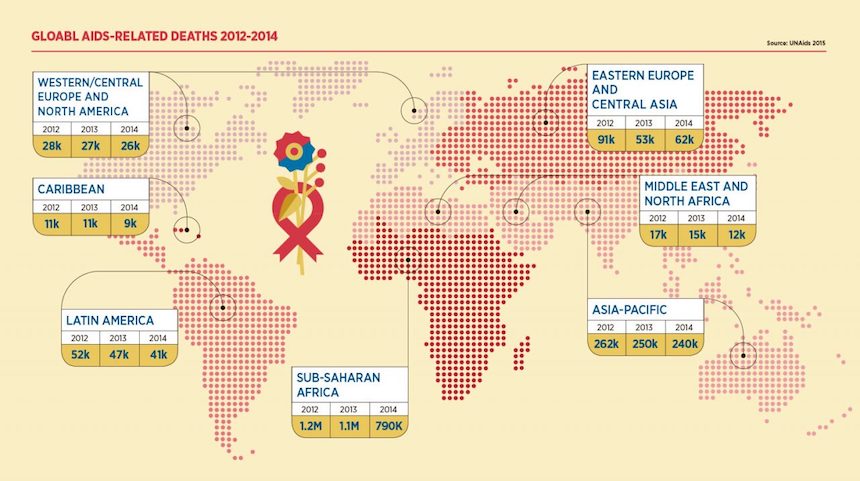 Despite remarkable gains in the treatment and prevention of HIV infection, development of an effective HIV vaccine likely will be necessary to achieve a durable end to the HIV/AIDS pandemic, according to a new commentary from Anthony S. Fauci, M.D., director of the National Institute of Allergy and Infectious Diseases (NIAID), part of the National Institutes of Health.

Theoretically, effective global implementation of existing HIV treatment and prevention tools could end the HIV/AIDS pandemic. Antiretroviral therapy that suppresses HIV both benefits the health of those living with HIV and prevents viral transmission to their HIV-negative sexual partners. Additionally, strategies such as pre-exposure prophylaxis (PrEP) can effectively prevent HIV acquisition among people at high risk for infection.

However, from a practical standpoint, ending the HIV/AIDS pandemic without a vaccine is unlikely. Despite extraordinary progress in implementing HIV testing and treatment, substantial gaps remain. Globally, more than 17 million people living with HIV are not receiving antiretroviral therapy. This is compounded by the continuing high rate of new infections, an estimated 1.8 million worldwide in 2016 alone. Modeling studies have suggested that the wide geographic dispersion of people, especially in certain rural areas, would make it extremely difficult to reach all those who need HIV treatment and prevention services. In addition, the economic resources needed to leverage HIV treatment and prevention across the globe continually increase as people become newly infected.

Dr. Fauci writes that even a modestly effective HIV vaccine could substantially slow the pandemic, if deployed alongside current treatment and prevention efforts. Because the immune system mounts an inadequate protective response against HIV, an HIV vaccine most likely will not be as effective as proven vaccines used to control or end global outbreaks, such as yellow fever and polio vaccines, which are nearly 100 percent effective. According to modeling studies, if current HIV treatment and prevention efforts are sustained and an HIV vaccine that is at least 50 percent effective is developed and deployed, the pandemic could be curbed.

It is critical to continue and accelerate a robust research effort to develop an HIV vaccine that is at least moderately effective, while also aggressively scaling up the implementation of current treatment and prevention tools, Dr. Fauci concludes.