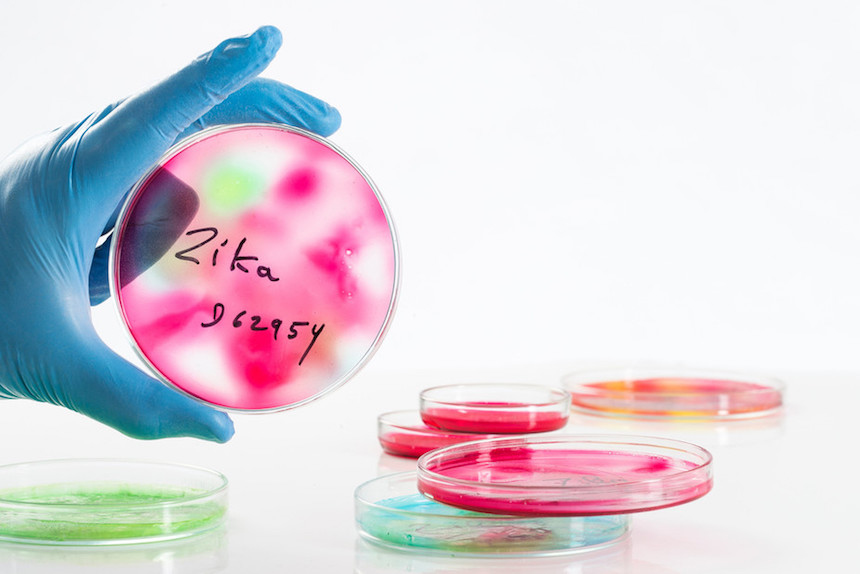 The Zika virus emerged in northeast Brazil in early 2015. By September the first cases of infants born with microcephaly had been reported in 8 of 26 Brazilian states. Microcephaly is a birth defect where the baby’s head is smaller compared with babies of the same age and sex. Babies with this condition often have smaller and usually have less developed brains.

The virus spread rapidly throughout South and Central America and the Caribbean. By 2016, 20 countries or territories had reported microcephaly and other central nervous system malformations potentially associated with the Zika virus infection. This included Guillain-Barré Syndrome, a rare sickness of the nervous system which has been shown to be strongly associated with Zika.

Zika came to global attention as a dangerous transmissible disease following the Brazil and South American outbreak of 2013. But the Zika virus didn’t originate in Brazil or even Micronesia where the 2007 outbreak occurred. In fact, the virus was recognised in Africa in the 1940s although there were only sporadic reports on the continent after its discovery.
The question about whether the Zika virus was still present in Africa has continued to worry scientists. A recent study led by researchers from Harvard T.H. Chan School of Public Health answers this question and fills in a gap in the Zika history. It shows that the virus has been circulating silently in West Africa for the past two decades.

This knowledge is important because the history of how a disease emerges, its incidence and distribution is necessary in determining the best possible treatment and control systems. It’s therefore critical that as much as possible is known about Zika in Africa before the next epidemic occurs. As we’ve learnt from the devastating West Africa Ebola outbreak, the threats of global health pathogens cannot be readily predicted.

One of the questions that’s perplexed scientists is why the distinct features and abnormalities seen in the Zika epidemic in Latin America haven’t been seen in Africa. This despite the fact that for some time it’s been suspected that the Zika and related mosquito-borne viruses have been present on the continent.

Earlier genetic analysis has distinguished African and Asian Zika lineages of the virus. One theory is that the Asian lineage was different from the African lineage, with the Asian Zika linked to the more dramatic transmissibility and unique disease association seen in the 2015-16 epidemic of the Americas.

Recognition that the two lineages are distinct led scientists to begin to compare them. What they’ve found so far is that both viruses cause damage to primitive brain cells, induce brain injury in mice and in cerebral organoids that mimic the early human brain.

The Zika virus was discovered in the Zika forest of Uganda during a study of the yellow fever virus which used sentinel rhesus monkeys in 1947. The virus was later also found in a species of mosquitoes called Aedes africanus which was collected from the same site in 1948.

The first human Zika infections occurred in Uganda, Tanzania and Nigeria between 1952 and 1954. Sporadic studies of mosquito and human infection were reported in West Africa in the 1960s-1970s but the clinical significance of the virus wasn’t appreciated at the time.

Between 1969 and 1983 Zika spread to Asia, including India, Indonesia, Malaysia and Pakistan. In 2007 Zika emerged outside of Asia and Africa with an epidemic on Yap Island in the Pacific Ocean followed by a larger epidemic in French Polynesia in 2013-14 which spread to other countries in Oceania. An increase in Guillain-Barré Syndrome was also reported and linked to the Zika infection.

The classic clinical disease of Zika resembles that of other flaviviruses such as dengue virus. Symptoms include fever, headache, conjunctivitis and a skin rash although distinguishing the multiple causes of fever can be difficult.

During our research we surveyed samples from 387 febrile patients in Senegal and Nigeria collected over 24 years – from 1992-2016. The Nigerian samples were from HIV-infected patients cared for at the University of Jos Teaching Hospital. The Senegalese samples came from multiple HIV and malaria collaborative studies conducted by professors from Université Cheikh Anta Diop, in Dakar, Senegal.

The early response to Zika virus was found in 6.2% of the blood samples that were tested. The genetic code of the viruses from some patients was determined and it was found that they belonged to the African lineage, grouping with either the Nigerian or 1947 Ugandan sub-lineages.

Evidence that Zika has been silently circulating in West Africa for several decades is important because we need to know if the virus is also responsible for outbreaks and associated microcephaly in infants, or for other neurological diseases.

It’s possible that microcephaly and Guillain-Barré Syndrome aren’t being detected in Africa because virus infection levels are low and health care systems are poor. In the future better recognition of the associated disease and improved laboratory tests may plug this gap. In the meantime, studying the Zika virus in Africa will help us better understand its current status, the diseases it may cause and how we can prepare for the next outbreak.

A Look Inside Ohio’s Lawsuit Against Opioid Manufacturers

After the Medicare Breach, We Should Be Cautious About Moving Our Health Records Online