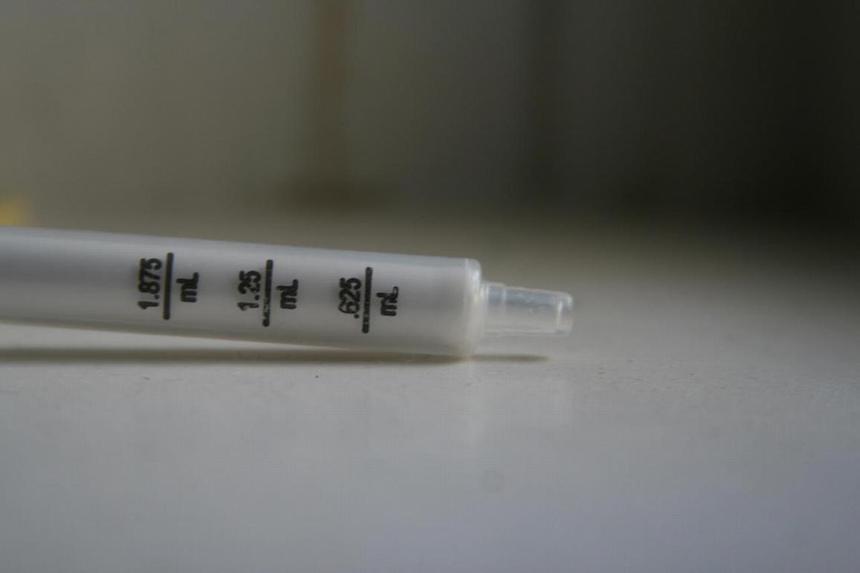 A nine-year-old South African child who was diagnosed with HIV infection at one month of age and received anti-HIV treatment during infancy has suppressed the virus without anti-HIV drugs for eight and a half years, scientists reported today at the 9th IAS Conference on HIV Science in Paris. This case appears to be the third reported instance of sustained HIV remission in a child after early, limited anti-HIV treatment.

Previously, the “Mississippi Baby,” born with HIV in 2010, received anti-HIV treatment beginning 30 hours after birth, stopped therapy around 18 months of age, and controlled the virus without drugs for 27 months before it reappeared in her blood. In 2015, researchers reported that a French child who was born with HIV in 1996, started anti-HIV therapy at age 3 months, and stopped treatment sometime between ages 5.5 and 7 years continued to control the virus without drugs more than 11 years later.

“Further study is needed to learn how to induce long-term HIV remission in infected babies,” said Anthony S. Fauci, M.D., director of the National Institute of Allergy and Infectious Diseases (NIAID), part of the National Institutes of Health (NIH). “However, this new case strengthens our hope that by treating HIV-infected children for a brief period beginning in infancy, we may be able to spare them the burden of life-long therapy and the health consequences of long-term immune activation typically associated with HIV disease.”

NIAID funded the clinical trial in which the child received treatment and follow-up monitoring.

The South African child whose case was reported today was definitively diagnosed with HIV infection in 2007 at 32 days of age, and then was enrolled in the NIAID-funded Children with HIV Early Antiretroviral Therapy (CHER) clinical trial. HIV-infected infants in the trial were assigned at random to receive either deferred antiretroviral therapy (ART) or early, limited ART for 40 or 96 weeks. The current child was assigned to the group of 143 infants who received early ART for 40 weeks.

Before starting treatment, the child had very high levels of HIV in the blood (viral load), but after beginning ART at about 9 weeks of age, treatment suppressed the virus to undetectable levels. Investigators halted treatment after 40 weeks and closely monitored the infant’s immune health, and the child has remained in good health during years of follow-up examinations. Although it was not standard practice in South Africa to monitor viral load in people who were not on ART, recent analyses of stored blood samples taken during follow-up showed that the child has maintained an undetectable level of HIV.

When the child was 9 and a half years old, investigators conducted thorough laboratory and clinical studies to assess the child’s immune health and the presence of HIV. The scientists detected a reservoir of virus integrated into a tiny proportion of immune cells, but otherwise found no evidence of HIV infection. The child had a healthy level of key immune cells, a viral load that was undetectable by standard assays, and no symptoms of HIV infection. The researchers detected a trace of immune system response to the virus, but found no HIV capable of replicating. The scientists also confirmed that the child does not have genetic characteristics associated with spontaneous control of HIV, suggesting that the 40 weeks of ART provided during infancy may have been key to achieving HIV remission.

“To our knowledge, this is the first reported case of sustained control of HIV in a child enrolled in a randomized trial of ART interruption following treatment early in infancy,” said Avy Violari, F.C.Paed. Dr. Violari co-led the study of the case reported today as well as the CHER trial with Mark Cotton, M.Med., Ph.D. Dr. Violari is head of pediatric research at the Perinatal HIV Research Unit, part of the University of the Witwatersrand in Johannesburg. Dr. Cotton is head of the division of pediatric infectious diseases and director of the family infectious diseases clinical research unit at Stellenbosch University, South Africa.

“We believe there may have been other factors in addition to early ART that contributed to HIV remission in this child,” said Caroline Tiemessen, Ph.D., whose laboratory is studying the child’s immune system. “By further studying the child, we may expand our understanding of how the immune system controls HIV replication.” Dr. Tiemessen is head of cell biology at the Centre of HIV and STIs of the National Institute of Communicable Diseases (NICD) in Johannesburg.

An ongoing NIH clinical trial called IMPAACT P1115 is testing the hypothesis that giving ART to HIV-infected newborns beginning within 48 hours of birth may permit long-term control of HIV replication after treatment is stopped, potentially leading to HIV remission. IMPAACT P1115 began in 2014 and has enrolled close to 400 HIV-exposed infants, 42 of whom are HIV infected, in Argentina, Brazil, Haiti, Malawi, South Africa, Uganda, the United States, Zambia and Zimbabwe. The first children may become eligible to stop ART in late 2017.

NIAID provided funding for the CHER trial as part of a Comprehensive International Program for Research on AIDS–South Africa grant. Additional support was provided by the Medical Research Council Clinical Trials Unit at University College London, the Departments of Health of the Western Cape and Gauteng in South Africa, and ViiV Healthcare. The National Institute of Mental Health and the Eunice Kennedy ShriverNational Institute of Child Health and Human Development, both part of NIH, supported continued observation of the children in CHER after the study ended. The EPIICAL Consortium funded the recent analysis of viral load in stored blood samples from the children who participated in CHER. The South African Research Chairs Initiative of the Department of Science and Technology and the National Research Foundation of South Africa funded the laboratory studies of the child whose case was reported today.