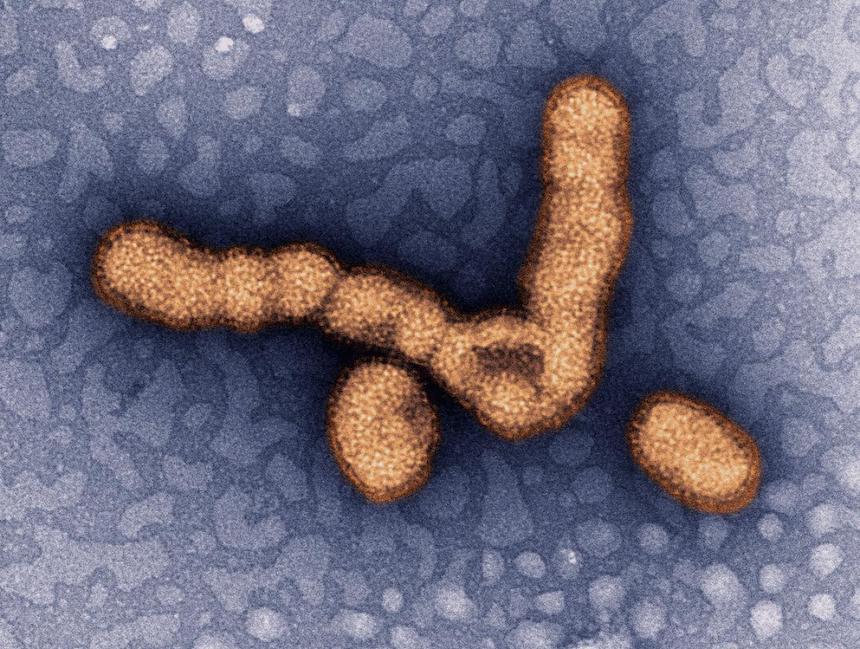 Scientists and clinicians from the National Institute of Allergy and Infectious Diseases (NIAID), part of the National Institutes of Health, and the California Institute of Technology discuss key considerations for developing a universal influenza vaccine in a meeting report appearing in the October 17 issue of Immunity. The report summarizes discussions from a workshop NIAID held June 28-29, 2017, in Rockville, Maryland, entitled, “Pathway to a Universal Influenza Vaccine.” The workshop brought together U.S. and international experts from academia, industry and government to identify knowledge gaps in influenza research and to set goals to fill these knowledge gaps. NIAID will use the report to develop a strategic plan and research agenda aimed at the development of a universal influenza vaccine.

Meeting attendees noted the need for improved influenza surveillance (especially in certain regions and subpopulations), as well as a better characterization of how influenza viruses are transmitted. They also encouraged more research on immune responses to influenza vaccination and infection, including the impact of pre-existing immunity on responses to future vaccinations or influenza exposures. One way to address these questions, the report notes, would be to conduct long-term natural history studies that include people of various ages from different regions of the world. Such studies could also help define other factors that affect host immunity and delineate mediators of viral pathogenesis. Standardized human challenge models—studies in which healthy adult volunteers are purposely infected with influenza under careful medical supervision in an inpatient setting—could serve as another tool to help understand immunity to influenza and rapidly assess new vaccine candidates.

Meeting attendees discussed limitations in current influenza diagnostics, and the report calls for improved techniques to define and measure correlates of protection against influenza infection. They also debated the pros and cons of using various animal models to test vaccine candidates, study influenza transmission and better understand viral pathogenesis and the immune response to influenza. The report concludes by emphasizing the need for improved coordination among various scientific disciplines to prioritize and ultimately realize shared research goals.

Editorial: The Link Between Cancer and Obesity