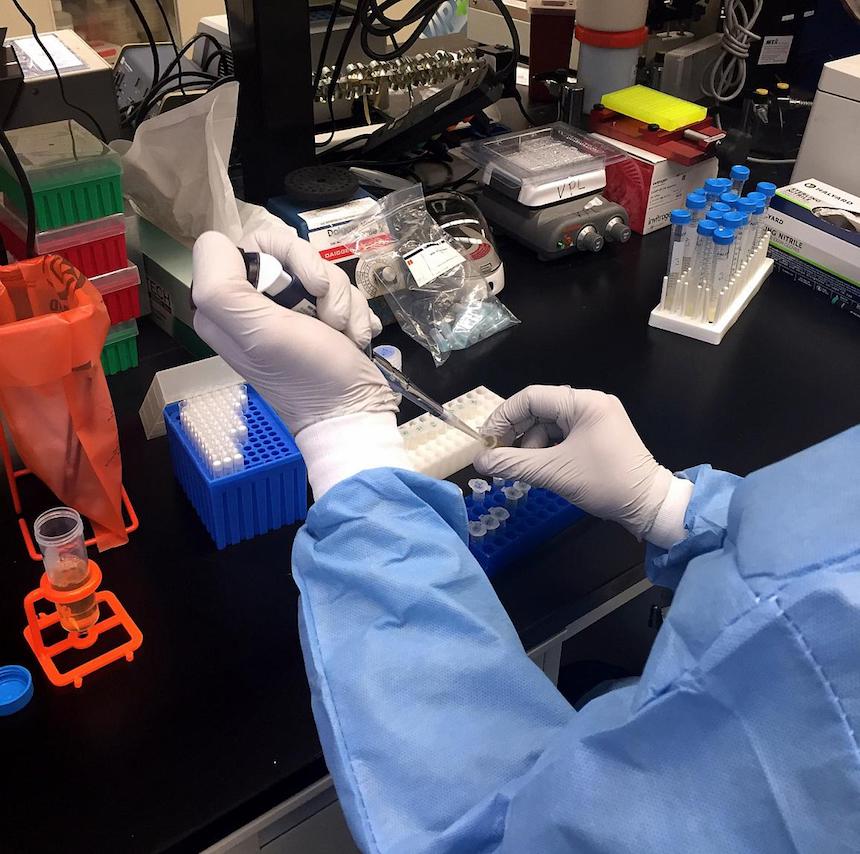 Results from two Phase 1 clinical trials show an experimental Zika vaccine developed by government scientists at the National Institute of Allergy and Infectious Diseases (NIAID), part of the National Institutes of Health, is safe and induces an immune response in healthy adults. The findings will be published on Dec. 4 in The Lancet. NIAID is currently leading an international effort to evaluate the investigational vaccine in a Phase 2/2b safety and efficacy trial.

Investigators from NIAID’s Vaccine Research Center (VRC) and Laboratory of Viral Diseases, part of the Division of Intramural Research, developed the investigational vaccine, which includes a small, circular piece of DNA called a plasmid. Scientists inserted genes into the plasmid that encode two proteins found on the surface of the Zika virus. After the vaccine is injected into muscle, the body produces proteins that assemble into particles that mimic the Zika virus and trigger the body to mount an immune response.

NIAID developed two different plasmids for clinical testing: VRC5288 and VRC5283. The plasmids are nearly identical, but they differ in specific regions of the genes that might affect protein expression and therefore immunogenicity. In August 2016, NIAID initiated Phase 1 trials of the VRC5288 plasmid in 80 healthy volunteers aged 18 to 35 years at three sites: the NIH Clinical Center in Bethesda, Maryland; the Center for Vaccine Development at the University of Maryland School of Medicine’s Institute for Global Health in Baltimore; and Emory University in Atlanta. Participants received a 4-milligram dose via a needle and syringe injection in the arm muscle. Participants received either two or three doses of the vaccine at varying time intervals, all at least four weeks apart.

In December 2016, NIAID initiated a separate trial testing the VRC5283 plasmid. This study took place at the NIH Clinical Center and enrolled 45 healthy volunteers aged 18 to 50 years. All participants received either two or three 4-milligram doses of the vaccine at varying time intervals. Trial investigators also tested different delivery regimens to see which was the most immunogenic. Some participants received the vaccine via a needle and syringe, while others received the vaccine from a needle-free injector that pushes fluid into the arm muscle. Additionally, some participants had the total vaccine dose divided with one shot administered in each arm.

Vaccinations were safe and well-tolerated in both trials, although some participants experienced mild to moderate reactions such as tenderness, swelling and redness at the injection site.

NIAID investigators concluded that VRC5283 showed the most promise and advanced it into an international efficacy trial in March 2017. The trial aims to enroll at least 2,490 healthy participants aged 15 to 35 years in areas of confirmed or potential active mosquito-transmitted Zika infection in the continental United States and Puerto Rico, Central and South America. The study is further evaluating the investigational vaccine’s safety and ability to stimulate an immune response, and will attempt to determine if it can prevent disease caused by Zika infection.