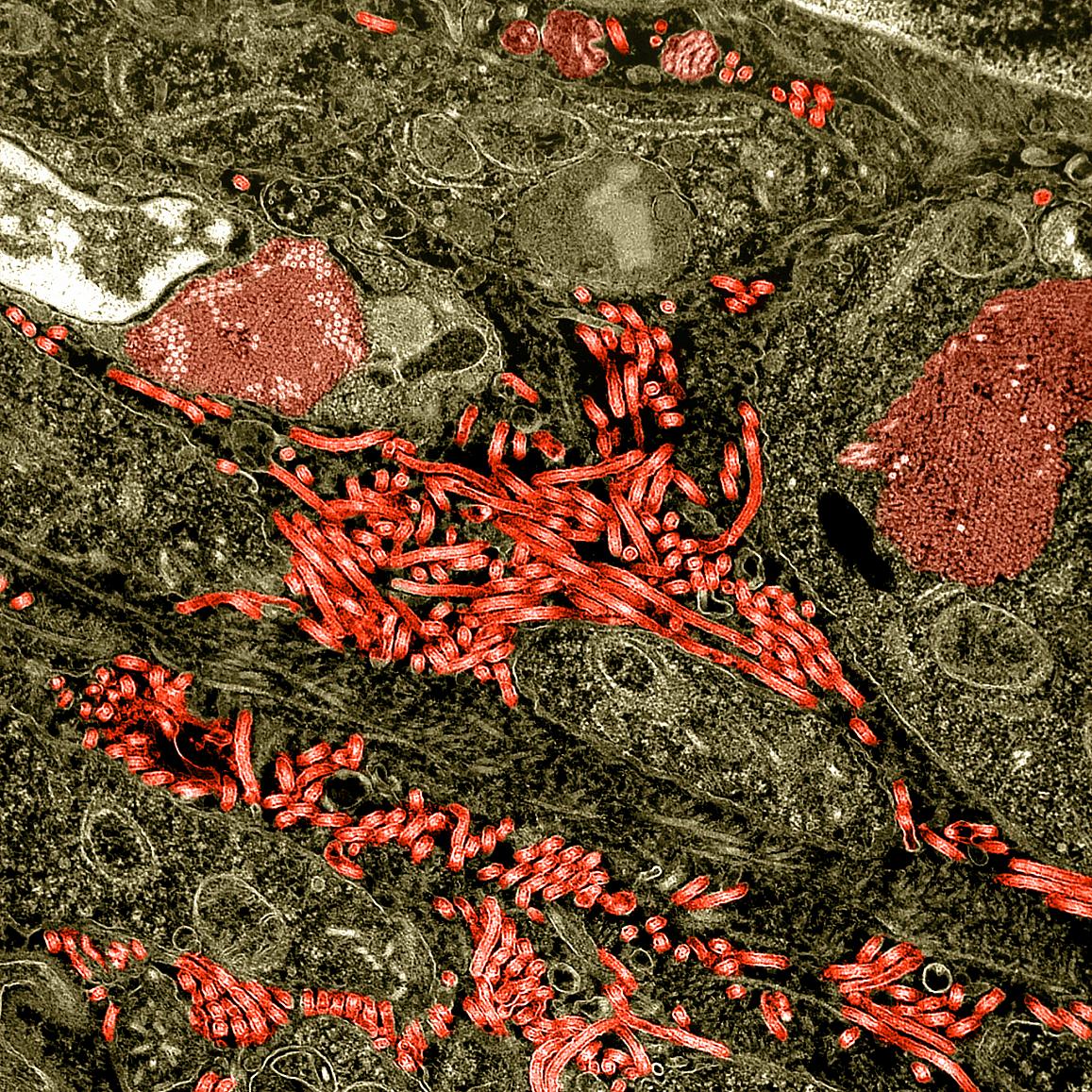 Ebola virus can infect the reproductive organs of male and female macaques, according to a study published in The American Journal of Pathology, suggesting that humans could be similarly infected. Prior studies of survivors of the 2014-2016 Ebola outbreak in West Africa have revealed sexual transmission of Ebola virus, and that viral RNA (Ebola virus genetic material) can persist in semen following recovery. While little is known about viral persistence in female reproductive tissues, pregnant women with Ebola virus disease have a maternal death rate of more than 80 percent and a fetal death rate of nearly 100 percent.

In this study, investigators from the National Institute of Allergy and Infectious Diseases (NIAID) and from Thomas Jefferson University infected four female and eight male macaques with the Makona variant of Ebola virus, the variant responsible for the recent West Africa outbreak. All the macaques succumbed to Ebola virus disease and were euthanized six to nine days after infection. The scientists then took reproductive tissue samples from each macaque and analyzed the samples for signs of Ebola virus infection, organ and tissue damage, and immune responses. They found widespread Ebola virus infection of reproductive organs with minimal tissue immune response or signs of disease.

Based on the findings, the authors hypothesize that Ebola virus can persist in these tissues in human survivors, and that the virus may reach seminal fluid in men by infecting immune cells called tissue macrophages. However, it is unclear if the detection of Ebola virus RNA in semen documented in human studies means that infectious virus is present. The authors note that additional research is needed to learn how Ebola virus persists in these sites, to determine if drugs and vaccines can cure or prevent such infections, and to understand the mechanisms of sexual transmission, including why it appears to occur only rarely in people. To do this, NIAID scientists are developing a new nonhuman primate model of Ebola virus disease in which monkeys survive infection. Few macaques survive in the current model, making it difficult to study virus persistence and its long-term impacts.
DL Perry et al. Ebola virus replication in the reproductive tract of acutely affected male and female macaques. American Journal of Pathology DOI: 10.1016/j.ajpath.2017.11.004 (2018).

Eye Could Provide “Window to the Brain” After Stroke