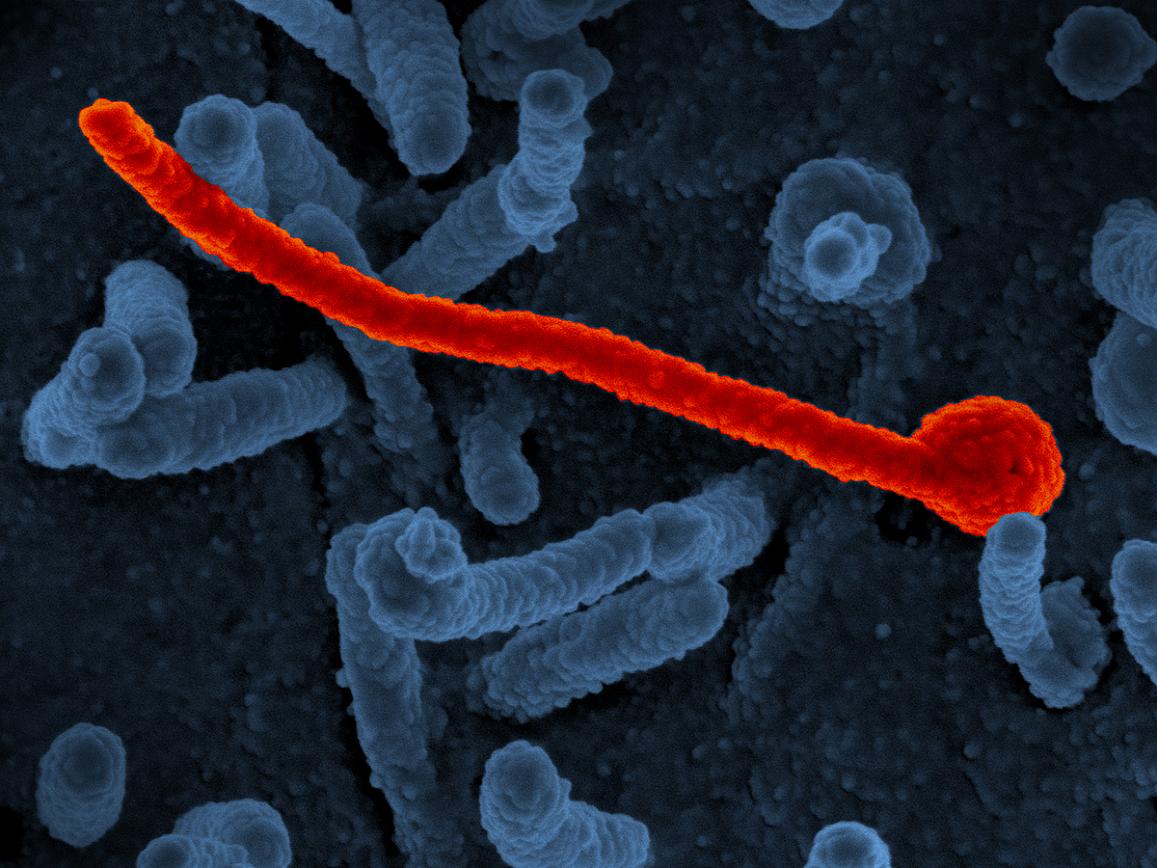 Early during the recent Ebola epidemic in West Africa, scientists speculated that the genetic diversity of the circulating Makona strain of virus (EBOV-Makona) would result in more severe disease and more transmissibility than prior strains. However, using two different animal models, National Institutes of Health scientists have determined that certain mutations stabilized early during the epidemic and did not alter Ebola disease presentation or outcome. Their work, published in Cell Reports, offers further evidence to support previous findings from molecular sequencing that the diversity of EBOV-Makona did not significantly impact the course of disease.

EBOV-Makona swept through Liberia, Guinea and Sierra Leone from late 2013 to early 2016. Scientists from NIH’s National Institute of Allergy and Infectious Diseases (NIAID) compared EBOV-Makona isolates from early in the outbreak—March 2014—to isolates circulating between five and nine months later, when certain mutations had emerged in the viral surface glycoprotein and elsewhere. They then infected mice and rhesus macaques with these various virus isolates to assess disease progression and viral shedding.

“We were unable to find any significant differences between early and late isolates lacking or carrying those mutations, suggesting that these mutations do not lead to alterations in the disease-causing ability in animal models,” the authors write.

They also compared their results from the EBOV-Makona isolates to findings from macaques infected with the original EBOV-Mayinga strain from 1976. They determined that EBOV-Makona is less virulent than EBOV-Mayinga.

How a T Cell Passes HIV Sexually to a New Host