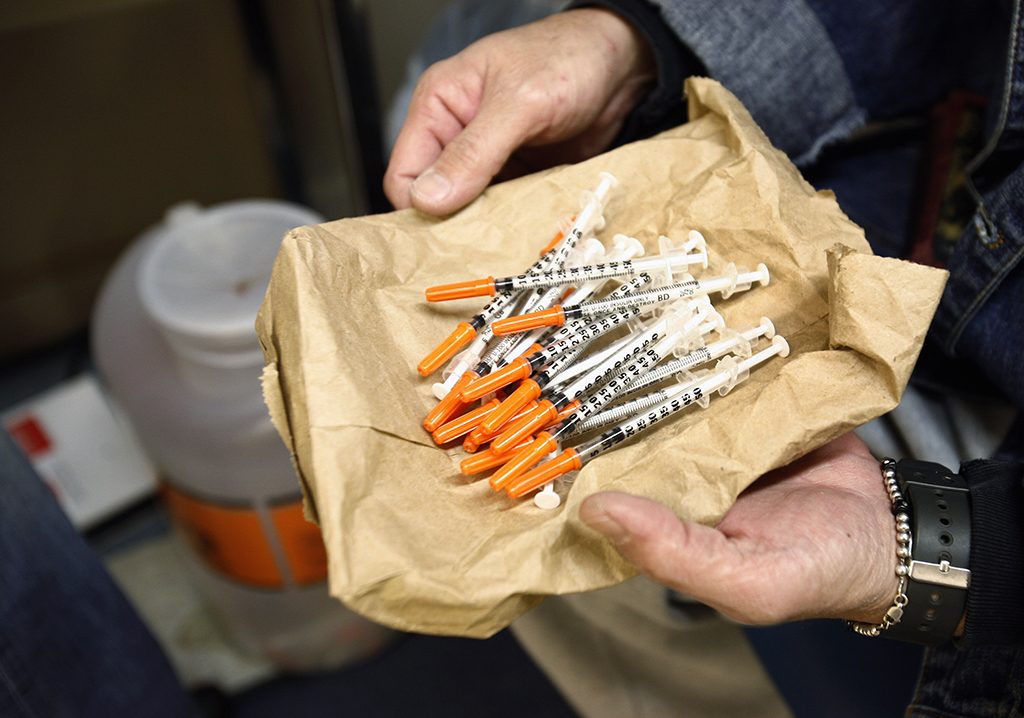 A study by researchers investigating the 2015 HIV outbreak in Scott County, Indiana, found that a syringe services program is an important tool to control and prevent HIV outbreaks among people who inject drugs in a nonurban area.

There were 181 HIV infections diagnosed between Nov. 18, 2014, and Nov. 1, 2015, in Scott County, making it the largest HIV outbreak in a nonurban area in the U.S. among people who inject drugs.

The syringe services program was initially implemented on an emergency basis to combat the outbreak. It was the first time such a program had been tried in a nonurban area in the United States. Syringe services programs provide clients with sterile syringes along with prevention, education and social services.

Researchers discovered the HIV outbreak was linked to injection of Opana ER, an opioid pain medication. The research elicited specific characteristics of the drug which, when dissolved, resulted in multiple injection episodes per day and multiple injections per injection episode, and prompted officials from Indiana and the Centers for Disease Control, working with the U.S. Food and Drug Administration, to request that the drug’s manufacturer voluntarily remove the drug from the U.S. market.

A paper with the researchers’ findings, “Reduction of Injection-Related Risk Behaviors After Emergency Implementation of a Syringe-Services Program During an HIV Outbreak,” was recently published in the Journal of Acquired Immune Deficiency Syndrome.

At the outset of the study, researchers knew what had happened, but not why.

“An outbreak doesn’t just happen in the HIV world,” said Carrie Foote, an associate professor of sociology in the School of Liberal Arts at IUPUI and the co-principal investigator of the study’s qualitative data.

Researchers gathered two kinds of data, quantitative and qualitative, a move they believe enhanced their ability to understand what had happened in Scott County.

Qualitative data was gathered from focus groups and one-on-one interviews with people who were injecting drugs in Scott County. Quantitative data came from answers by clients of the syringe services program to a set of questions asked of each person who took advantage of the program.

“If we just had the quantitative data, we wouldn’t have been able to dive into the unique injection practices around Opana ER, which we believe led to this outbreak of HIV,” said Dr. Joan Duwve, an associate professor and associate dean of public health practice in the Richard M. Fairbanks School of Public Health at IUPUI and the lead investigator of a quantitative study further exploring the risks of acquiring HIV infection in this population.

Because a single 40-milligram pill costs about $160, drug users formed networks to pool their resources to buy Opana ER, she said. Multiple people would share syringes, or reuse old syringes to draw up the dissolved pill. More water was then added to rinse the pill residue off of the cooker. Reusing the same needles, rinse solution was drawn up and injected or saved to use later.

Without access to sterile syringes, people in the networks frequently shared syringes as they injected multiple times a day. One individual told the researchers he injected 50 times a day. Others described how one syringe was used over and over again until it broke off in someone’s arm.

“It’s no wonder that as soon as someone who had HIV entered into that network, HIV spread rapidly,” Foote said.

“It was incredibly powerful to see how much the syringe exchange program mattered,” Foote said. “They matter in all communities, but it made such a powerful difference in this particular community in terms of reducing the harm that comes from sharing syringes for multiple injections.”

Exploring harm-reduction measures like syringe exchange programs is part of Indiana University’s Responding to the Addictions Crisis Grand Challenge, which brings together IU’s world-class faculty and its business, nonprofit and government partners to create a comprehensive plan to reduce deaths from addiction, ease the burden of addiction on Hoosier communities, and improve health and economic outcomes. As part of IU’s Grand Challenges program, this collaborative, statewide initiative is the nation’s largest and most comprehensive university-led response to the opioid addiction crisis.