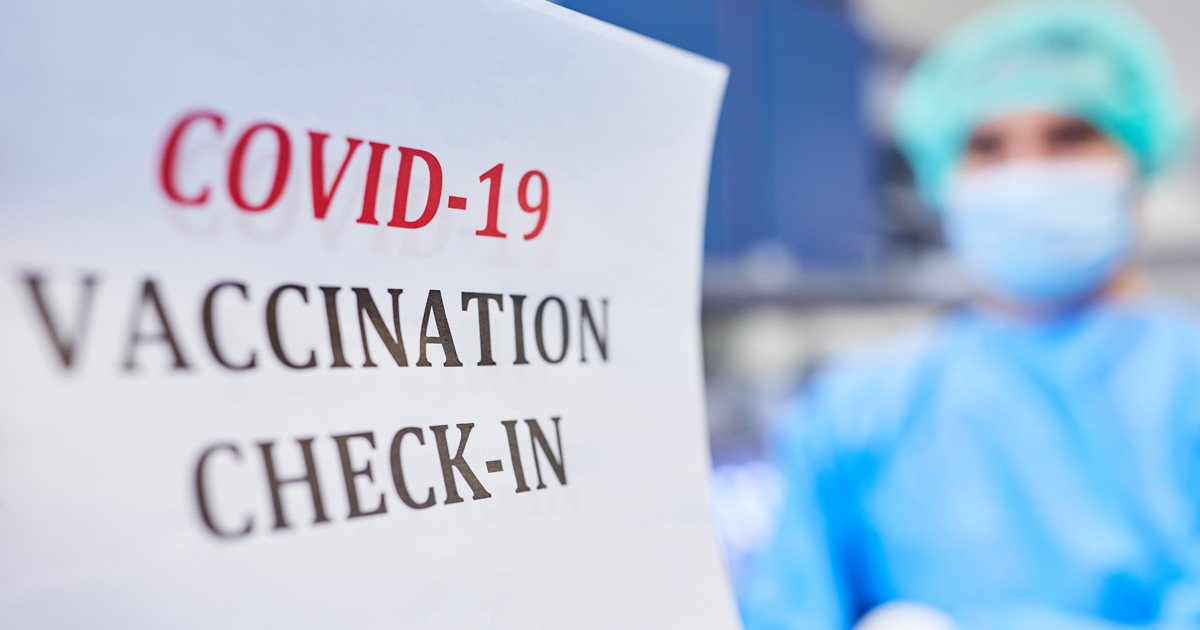 Delaying second doses of COVID-19 vaccines should reduce case numbers in the near term. But the longer-term case burden and the potential for evolution of viral “escape” from immunity will depend on the robustness of immune responses generated by natural infections and one or two vaccine doses, according to a Princeton University and McGill University study published March 9 in the journal Science.

“Several countries including the United Kingdom and Canada have stated that they will delay second doses of COVID-19 vaccines in response to supply shortages, but also in an attempt to rapidly increase the number of people immunized,” said lead author Chadi Saad-Roy, a Ph.D. candidate in Princeton’s Lewis-Sigler Institute for Integrative Genomics.

“The original clinical trials of the vaccines, plus subsequent epidemiology, are quite optimistic regarding the efficacy of the first dose,” Saad-Roy said. “However, we are still uncertain how the strength and duration of immunity from a single dose — or the full two-dose course or natural infection, for that matter — will persist in the longer term.”

The researchers used a simple model to project forward the incidence of COVID-19 cases, as well as the degree of immunity of the population, under a range of vaccine dosing regimes and assumptions related to immune responses.

“Given the immunological and epidemiological uncertainties driving these outcomes, simple models are an essential tool to explore future possibilities,” said senior author Caroline Wagner, an assistant professor of bioengineering at McGill University.

“The model, for example, allows for the assumption that immune responses after a single dose will be weaker than those following natural infection or two doses,” said co-author Andrea Graham, a Princeton professor of ecology and evolutionary biology and associated faculty member in HMEI. “That appears to be consistent with early reports from countries that have rapidly deployed vaccines according to a delayed second-dose schedule.”

The study found that one-dose strategies may, as expected, reduce case numbers in the short term by more rapidly immunizing a greater number of individuals. However, if immune responses after one dose are less robust, subsequent epidemic peaks may be larger.

“More optimistically, we find that as vaccine capacity increases, increasing vaccination rates or changing the dosing regime to be closer to the recommended two-dose schedule can mitigate these longer term epidemiological effects, which is important for public health planning,” Wagner said.

Another important outcome associated with imperfect immune responses is the potential for viral immune escape. To start addressing this complex issue, the authors adapted an existing simple ‘phylodynamic’ model for viral immune escape developed by co-authors Bryan Grenfell, the Kathryn Briger and Sarah Fenton Professor of Ecology and Evolutionary Biology and Public Affairs; Oliver G. Pybus, professor of evolution and infectious disease at the University of Oxford; and Edward C. Holmes, an ARC Australian Laureate Fellow and professor at the University of Sydney; along with other colleagues not involved with the current work.

The theory of viral immune escape predicts that in individuals with partial immunity, moderate selection pressure combined with sufficient viral transmission could drive viral evolution. Here, the authors explore this possibility along with a range of other scenarios, including the more optimistic case of minimal potential for adaptation in hosts with waned immunity following one or two vaccine doses.

“At least one variant has already emerged that may be adapted for partial immune escape,” Holmes said.

“Simple theory underlines that the evolution and transmission of variants by infected hosts with intermediate levels of immunity may be important,” added Grenfell, who is an associated faculty member in HMEI. “Therefore, the strength and duration of immunity, and particularly the effect of these on retransmission, are key parameters to determine.”

“Our results are strongly dependent on the robustness of immune responses following one and two vaccine doses, but ultimately these clinical parameters are largely unknown,” explained co-author Michael Mina, an assistant professor at the Harvard School of Public Health and Harvard Medical School.

“Moving forward, it will be critical to get a better handle on these in order to make sound public policy decisions,” Mina said. “We suggest that randomization of dose intervals early in vaccination campaigns and careful monitoring of viral loads and immune markers in vaccinated individuals as well as those who have had natural infections and their contacts may be important approaches for doing so.”

One intuitive finding that the paper emphasizes is that very low rates of vaccine administration may be associated with larger case numbers and, possibly, more elevated potential for viral adaptation.

“This strongly underlines the importance of equitable global vaccine distribution, as immune escape in one location will rapidly spread,” said C. Jessica E. Metcalf, an associate professor in ecology and evolutionary biology and public affairs at Princeton and also an associated faculty member in HMEI.

“The models are relatively simple conceptually, but they illustrate the complexities of the problem and highlight the challenges that we still face,” said Michael Boots, professor of integrative biology at the UC Berkeley who was not affiliated with the study. “This important piece of work provides a framework that we can use to inform our approach going forward and moreover identifies the key knowledge gaps that we need to address.”

How the South African COVID-19 Variant Was Found