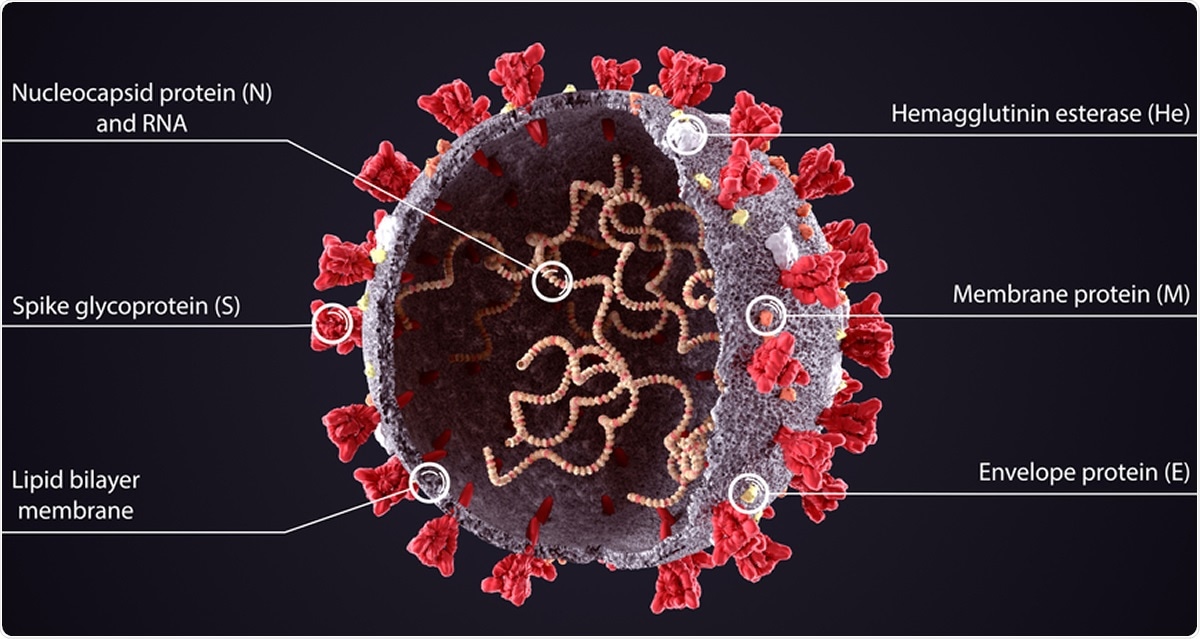 A new study uncovers which cell types can be infected by SARS-CoV-2 due to their viral entry factors. The study also suggests that increased gene expression of these viral entry factors in some individuals partially explains the differences of COVID-19 severity reported in relation to age, gender and smoking status. The study evolved from the Human Cell Atlas Lung Biological Network with main contributions from Helmholtz Zentrum München, the Broad Institute of MIT and Harvard, the Wellcome Sanger Institute and University Medical Center Groningen.

COVID-19 does not affect everyone in the same way. While the coronavirus SARS-CoV-2 primarily manifests in the lung, it can infect other organs, too. Clinical observations throughout the pandemic also suggest that some population groups – such as elderly people, men and smokers – tend to be more severely affected by the disease. So far, the molecular reasons for this have not been described.

Previous studies had shown that in order to infect human cells, SARS-CoV-2 needs the cell to contain specific genetic viral entry factors – namely an ACE2 receptor and a protease (TMPRSS2 or CTSL). Knowing which cell types express both ACE2 and a protease would therefore give us information about which cells can potentially be infected with SARS-CoV-2.

The Human Cell Atlas (HCA) consortium is aiming to map every cell type in the human body, transforming our understanding of biology and disease. Within this, researchers from the HCA Lung Biological Network joined forces to contribute and analyse gene expression data from individual cells. Together, they analysed more than 100 datasets of single-cell gene expression of healthy people, to see which cell types express both ACE2 and a protease.

The analysis showed that specific cell types in the epithelium of the lung and airways, but also in the liver, the colon, and the eye are rich in genetic viral entry factors (=high expression of ACE2 receptor and a protease) – and therefore contain the necessary molecules to allow SARS-CoV-2 infection.

Moreover, the researchers found that the expression of genes underlying the viral entry factors is increased in the cells of elderly people and slightly in men compared to women. In addition, cells from smokers (in particular airway cells) express more SARS-CoV-2 entry factors than from non-smokers. These findings match differences in disease severity that have been reported for COVID-19 patients in those population groups and thus offer a molecular explanation for this difference (next to other factors which were not investigated in this study such as a weaker immune system).

“Fighting the pandemic, we cannot rely on conclusions that are limited to a few observations only. Instead, we must rely on robust analysis of big data. For example, to assess whether the ACE2 receptor required for virus entry is more abundant in cells of the elderly population, we need a strong representation of many diverse individuals in our dataset. Using data from the Human Cell Atlas, we could model how genetic viral entry factors in cells are expressed across the population,” says Malte Lücken, computational biologist at Helmholtz Zentrum München and co-first author of the study.

“A key aspect of this large-scale study was the age range of samples we were able to analyse. This study included data from human developmental stages, samples from children and young adults, as well as samples from elderly people. This gave us unique power to assess changes occurring over the human lifetime. The sheer scale of the data allowed us to see molecular differences with age, sex and smoking status,” said Kerstin Meyer, an author on the paper from the Wellcome Sanger Institute.

“This study was the epitome of a whole field coming together. Within the Human Cell Atlas consortium everyone who generated data on the healthy human lung contributed their data, both published and unpublished, to enable our analysis. When we then reached out beyond the consortium, more labs also contributed data to the effort. Only through these contributions was our analysis made possible,” adds Fabian Theis, Director of the Institute of Computational Biology at Helmholtz Zentrum München.

The study investigated which cells are most likely to be infected by SARS-CoV-2. The results partially explain how disease severity might differ between population groups because of the molecular profile of cells. This provides a target for further intervention research. Moving forward, the findings may also help to better understand the spread of the corona virus across the body. The connection between viral entry factor expression and increased ease of infection or disease severity has been shown in mice and in the lab, but requires further validation in humans.