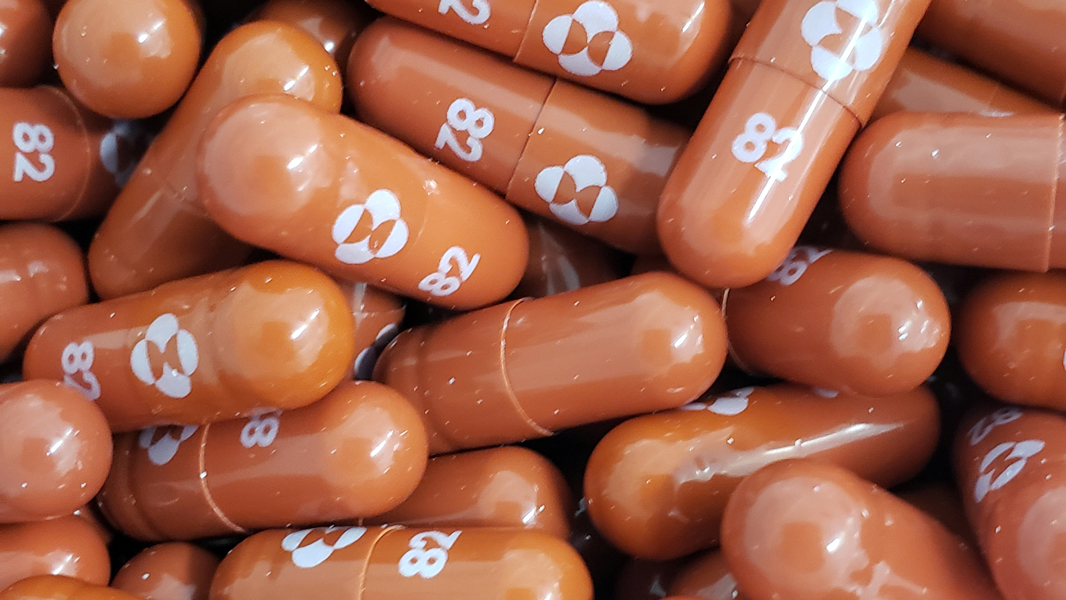 Unequal distribution of covid-19 antivirals means patients are buying pills online that may not be safe when taken without medical supervision, finds an investigation published by The BMJ.

Antivirals, such as Merck’s molnupiravir and Pfizer’s nirmatrelvir, are given to people infected with covid-19 to prevent severe disease and should only be prescribed by a doctor or as part of a clinical trial.

But journalist Gabriel Plata reveals details of a worldwide black market for molnupiravir where patients are paying high prices for generic versions online and taking the drugs without medical supervision.

For example, on buymolnupiravironline.com, a website apparently based in London, customers can buy a course of molnupiravir for £124.99, seemingly without prescription or review by a doctor.

The BMJ contacted the UK Medicines and Healthcare Regulatory Authority (MHRA) about the website and a spokesperson said, “Websites that offer to supply prescription only medicines without a prescription are not only in breach of UK legal requirements and likely to be committing a criminal offence but are putting patients’ health in jeopardy.”

Buymolnupiravironline.com did not respond to The BMJ’s request for comment.

Experts warn that using molnupiravir without medical supervision “could increase the risk of birth defects” as its safety has not been established in pregnancy, and that widespread, unregulated use of antivirals may also encourage viral resistance.

And some are now calling for the MHRA to reconsider molnupiravir’s approval once the results of Oxford University’s Panoramic trial – the first independent study of the drug – have been released.

But it may be too late, writes Plata. Merck’s interim data created a buzz around the drug which sparked demand among people in many countries.

In Mexico, for example, molnupiravir is available only at federal and state hospitals and no generic versions are authorised for importation.

Yet when reporters from The BMJ posted a request on the online market website Indiamart, asking to buy a hundred boxes of the drug and have them sent to Mexico, three sellers got in touch within hours to make offers.

One seller, Bull Pharmachem, gave advice on how to avoid customs.

While Merck said it has strategies in place to accelerate global access, including granting voluntary licenses to allow generic versions to be produced for low and middle income countries, and an agreement with Unicef to distribute doses, data from Duke University shows that most of the supply of molnupiravir has been purchased by high income countries, a trend that is predicted to continue in 2022.

An Indiamart spokesperson said that users of the website sign up to terms of use in which they agree not to violate any law, statute, ordinance, or regulation. “Our endeavour is to create a marketplace ecosystem for legitimate and lawful products,” he added.

Yet the profit margins for black marketeers are large, explains Plata. The generics sold by Bull Pharmachem costs $35 a box, plus $50 for the shipment of 10 boxes. In Mexico, vendors can sell them for at least 18 times that price.

In a statement Bull Pharmachem told The BMJ that it “categorically denies” its employee offered to ship molnupiravir to Mexico and other countries or gave advice on avoiding customs, and said an impostor was speaking under its company name. However, The BMJ believes our reporters were speaking to a genuine member of the company.

“Every region in the world is affected by the problem of substandard and falsified medical products. Because of constraint, access, poor governance, and weak technical capacity, however, some regions will be more vulnerable,” says Bourdillon-Esteve.

“Patients taking molnupiravir, generic or patent, must have medical supervision. These drugs should not be accessible for everyone to buy without it,” added Benjamin Valente Acosta, a specialist in internal medicine at the ABC Medical Center, a private hospital in Mexico City.

Your Liver Is Just Under Three Years Old