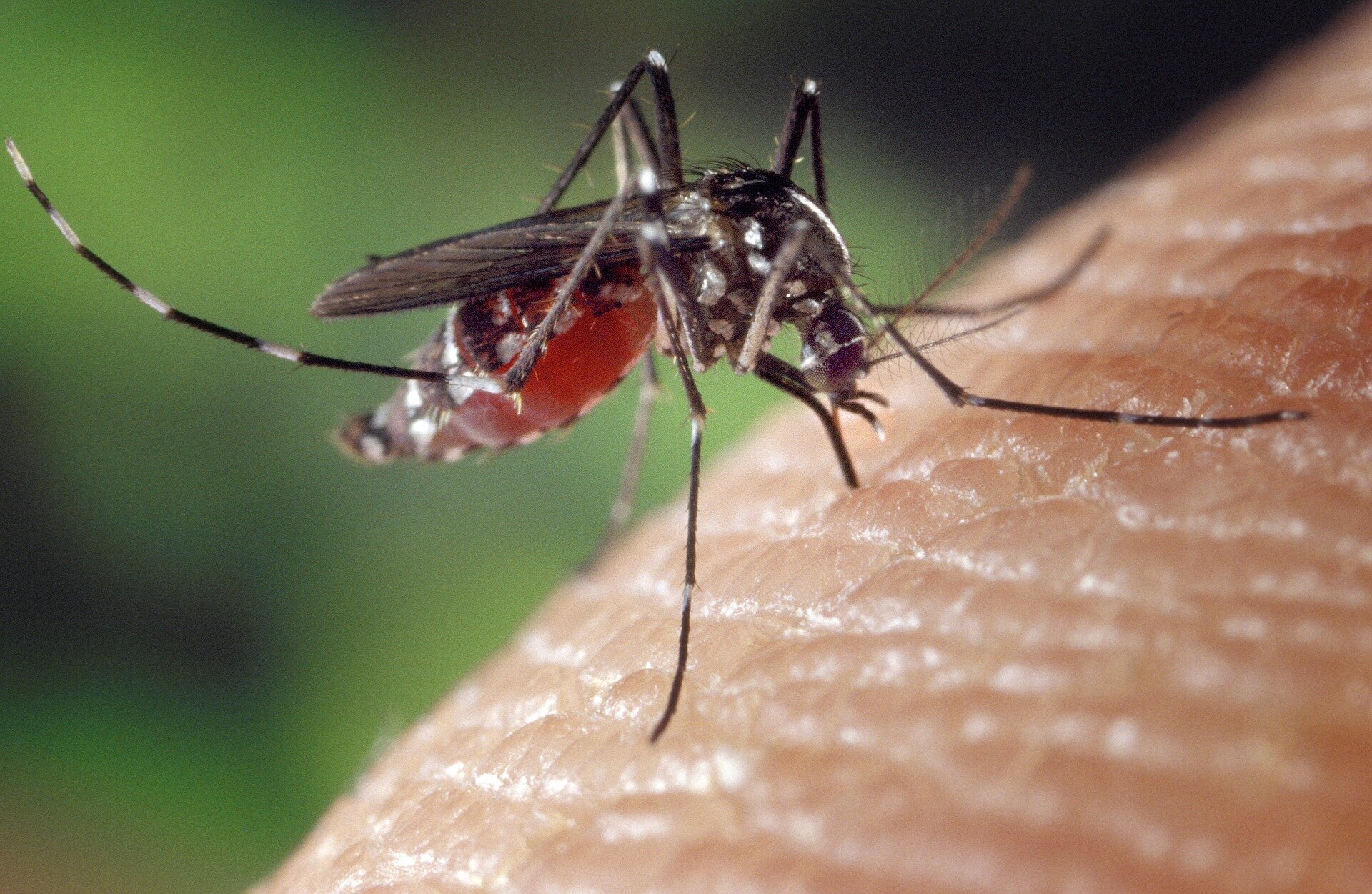 A molecule in mosquito spit has been identified as a potential new target for vaccination against a range of diseases for which there is no protection or medicine.

University of Leeds Virus Host Interaction Team researchers have discovered that the molecule, called sialokinin, makes it easier for a number of viruses to pass from mosquitoes to human, where they can then take hold – leading to unpleasant and potentially deadly diseases.

These viruses include Yellow Fever, which causes serious illness in around 15% of people infected; dengue, which can develop into the potentially fatal disease dengue fever, and Zika, which caused a global medical emergency in 2016.

Previous research determined that sialokinin was able to alter the function of blood vessel cells grown in a lab, allowing increased blood flow and more effective feeding for the mosquito. But experts did not know what role it played in helping the virus to infect the body.

Inspecting the behaviour of sialokinin on skin cells from mice, the team discovered that the molecule causes blood vessels to become permeable, allowing contents to leak out into the skin – which inadvertently helps viruses to infect the host.

Research supervisor Dr .Clive McKimmie, Associate Professor in the University of Leeds’ School of Medicine, said: “We have identified sialokinin as a key component within mosquito saliva that worsens infection in the mammalian host.

“Our research suggests that blocking sialokinin, for example through a vaccine or a topical treatment, may be an exciting new approach that prevents severe disease following infection with numerous distinct viruses.”

Lead author Dr. Daniella Lefteri worked on the study as a PhD researcher in Leeds’ School of Medicine. She is now a Postdoctoral Researcher at the University of Glasgow.

She said “Our findings may also explain why some mosquitoes can spread infection to humans, while some cannot. Anopheles mosquitoes cannot spread most viruses. Crucially, we show that their saliva, which cannot cause leaky blood vessels, and cannot enhance infection of virus in mammalian host, does not contain sialokinin.

“Our work has increased our understanding of the way mosquito-derived factors influence infection in a host’s body.”

Viruses spread by mosquitoes are known as arboviruses. They can affect humans and other mammals, such as cattle. In humans, symptoms generally occur three to 15 days after exposure, and can last three to four days. The most common symptoms are a debilitating fever and headache, but more serious disease can occur and some infections prove fatal.

The Aedes mosquito, which is found on all continents except Antarctica, spreads arboviruses. Species include the Asian tiger mosquito and the Yellow Fever mosquito.

There are currently no specific treatments or vaccines for dengue, Zika, and other potentially serious mosquito-borne viruses including Chikungunya, West Nile Virus, Semliki Forest virus and Rift Valley Fever virus.

The research team says future work should focus on identifying the other factors in mosquito saliva that help viruses infect hosts, and developing therapeutics to target and block them.

Dr. McKimmie said “One way to do this would be to develop a vaccine that generates neutralising antibodies that bind to these factors, and thereby stop them from working and helping the virus.”