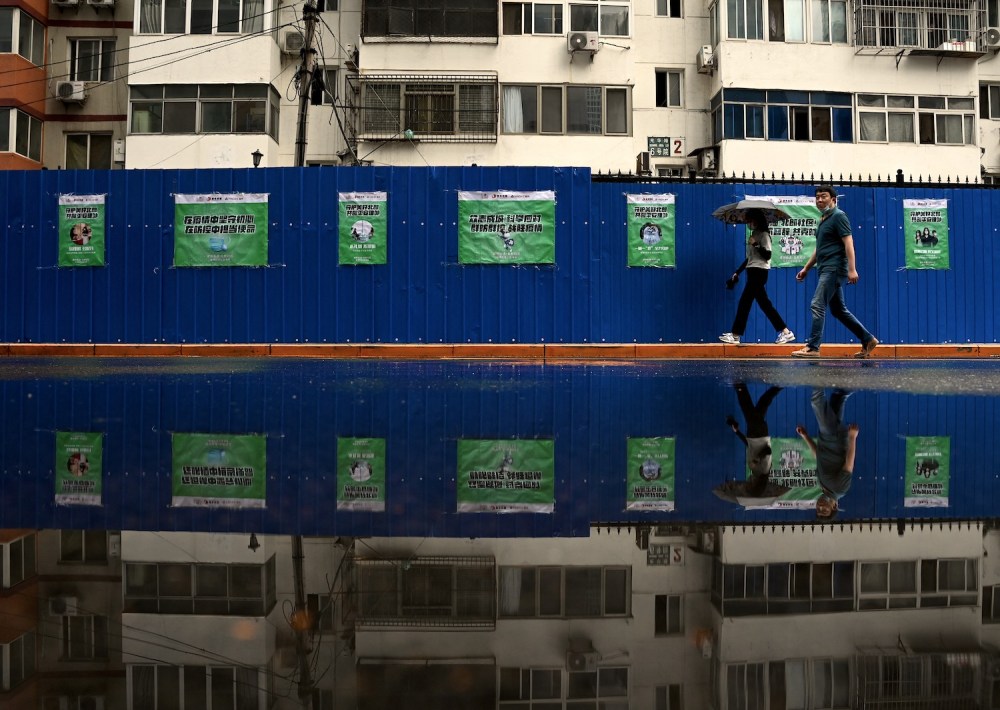 “Volunteers” tasked with enforcing the Chinese Communist Party’s zero-covid policies have suffered from stress and anxiety, a new study shows.

Having to act as a “buffers” between disgruntled citizens and the Party’s image has led to “grassroots fatigue”, high workloads and people being put under intense pressure, researchers have found.

These members of residents committees are responsible for monitoring and tracing sick residents and enforcing quarantines, as well as administering vaccines and achieving centrally set vaccination targets.

Academics conducted 37 semi-structured interviews during summer 2021 in eight Shanghai estates in three districts. This included secretaries and directors from residents committees, government officials, representatives from property management companies and people who worked in party-community and social centres, as well as social workers, volunteers and residents.

They found an increasingly pressurized grassroots infrastructure, then exhausted after 18 months of mobilizational governance, in which party secretaries are required to shoulder ever greater workloads and manage increasingly hierarchical chains of command.

At the pandemic’s height, government officials were also sent into communities to assist with grassroots COVID management. In the second phase they went door-to-door providing information about the vaccine, alongside working in their usual party jobs. They were expected to do this voluntary work. One party worker described the work as ‘voluntary’, but when asked if she could choose not to go, she replied, ‘it seems like we cannot”.

One residents committee secretary told researchers: “Now it seems like the public is forcing Party members onto the moral high ground in all issues. It feels like, if you are a Party member, you have to do this. If you don’t, you will be ashamed of your title of Party member.”

The research, by Dr. Catherine Owen from the University of Exeter and Xuan Qin from Fudan University, is published in the Journal of Chinese Political Science.

Dr. Owen said “Since Spring 2022, when Chinese citizens have become increasingly dissatisfied with the on-going commitment to zero-COVID, the high costs of resource mobilisation and the hierarchical chain of command have resulted in intensified workloads and intense pressure on local cadres, leading to grassroots fatigue.

“Following the emergence of Omicron and the hike in public dissatisfaction with the on-going lock-down policies it was the grassroots cadres that filtered out public discontents, protecting the Party’s overall image.”

Researchers found tensions were created because higher-level authorities have asked for compulsory enforcement of policies at grassroot levels, but citizens are not formally required to comply. Local volunteers were told to meet vaccination targets, but mandatory vaccination was prohibited. This put the grassroots cadres in the impossible position of having to meet rigid targets without the authority to enforce the policy.

Dr. Owen said “Leeway for street-level bureaucrats to adapt or customise decisions from above during periods of campaign governance is very limited. The tension between the requirement for comprehensive compliance and the basic need for personal freedom is a result of top-level design, but it is experienced and negotiated at the grassroots level.”

Killing Pancreatic Cancer with T Cells That Supercharge Themselves