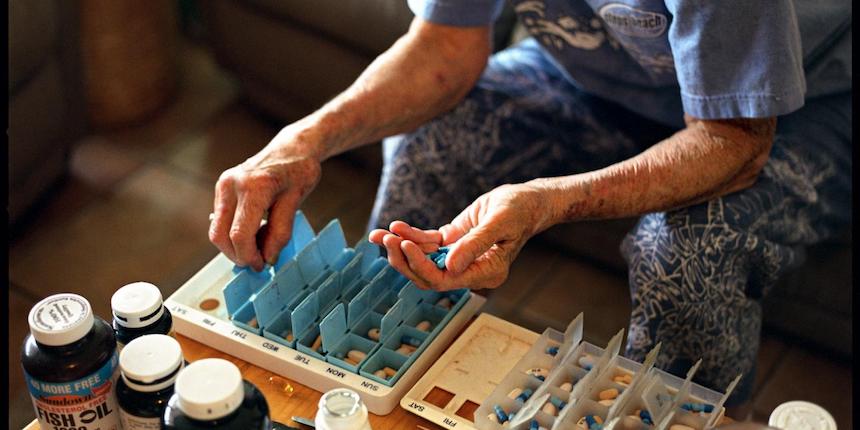 For much of its history, the story of HIV has been that of young lives cut short and children born with an infection that will stop them reaching adulthood. On June 5, 2017, however, HIV Long-Term Survivors Awareness Day was marked worldwide recognizing long-term survivors of HIV infection and raising awareness of their specific needs. Long-term survival is part of a broader picture in which the demographic profile of people living with HIV is shifting to ever older ages, which will present new challenges for HIV programs in the future.

In the early era of antiretroviral therapy (ART), treatment regimens were characterized by high pill burdens, complicated dosing, and side-effects that led to low adherence and reduced long-term survival. Over the years, ART pill burden has decreased: many modern regimens are just one or two pills a day with vastly improved side-effect profiles. Paradoxically, as the population with HIV infection becomes older, their pill burden will increase again in response to age-related comorbidities as patients begin taking statins for high cholesterol and ACE (angiotensin-converting enzyme) inhibitors for high blood pressure, and so on. This U-shaped pattern of pill burden is just one of many emerging issues that affect an aging population of people living with HIV.

Although many patients with HIV will live healthy lives into old age, some will develop physical and mental care needs. Stigma and discrimination are also major issues for an older population whose peers might be less aware of advances in the understanding and treatment of HIV, with patients concerned about their status causing social isolation in care homes and poorer wellbeing. Additionally, concerns are also raised with the possible interaction of HIV and the ageing process, in which chronic inflammation might promote faster ageing.

Taken together, these issues present a largely uncharted territory. In the UK, a report published in January, 2017, by the Terrence Higgins Trust echoes these concerns of an ageing population with HIV infection. 307 people with HIV aged 50 years or older were interviewed: a third reported being socially isolated, 82% had experienced moderate to high levels of loneliness, and 58% reported HIV self-stigma. Although this report provides invaluable information, it is limited to the UK and not generalisable to other countries, especially low-income countries.

In low-income countries, HIV in older people can cause financial constraints, stigma, and violence as shown in a case-study by WHO in Zimbabwe. UNAIDS estimated in 2014 that more than 2 million people in sub-Saharan Africa are aged 50 years or over and living with HIV infections; in South Africa, 10·8% are aged 50–54 years, 4·5% are aged 55–59 years, and 3·9% are aged 60 years or older. However, patients with HIV infection who are enrolled on good treatment and control programmes can live longer than those without HIV infection as a result of being enrolled in health-care with regular consultations and routine medical care unavailable to the general population.

Reports on and studies of long-term survival of HIV infection, such as those of the Terrence Higgins Trust and UNAIDS, are important in preparing for a demographic shift in the HIV epidemic. But further close observation of the aging populations of people living with HIV in various settings are needed to better understand the interaction between aging, infection, treatment, and comorbidities. And ongoing efforts to understand and manage HIV in old age must not overlook risk factors for new infections and approaches to target testing to those at risk, even if this is not a population in which health programs regularly consider such risk factors.

Published Courtesy of The Lancet HIV