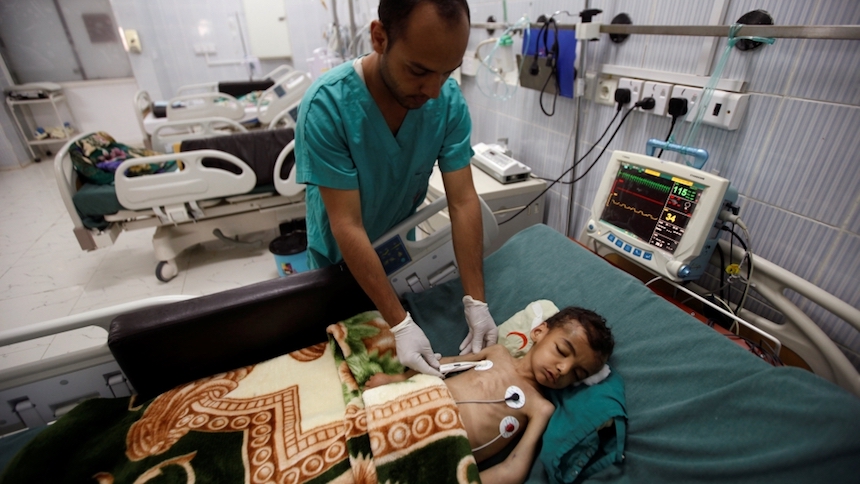 Urgent warnings began in May as aid agencies called for an immediate response to the growing cholera outbreak in Yemen. By mid-July, over 330 000 cholera cases were reported, with 1700 deaths. Since 2015, a civil war has left 14·5 million people (half the country’s population) without access to clean water and sanitation. The UN has called it the “world’s worst cholera outbreak in the context of the world’s worst humanitarian crisis”. The war, unpaid worker salaries, a decimated health system, controversies around the undeployed cholera vaccine stockpile, and slow global funding efforts are all somehow to blame. Pre-existing health indicators are grim and the estimated 400 000 severely malnourished Yemeni children are particularly vulnerable. Famine and other preventable communicable diseases are forecast. Indisputedly, a ceasefire is needed to allow access to humanitarian aid and abate further suffering and death.

As a collective humanity, the shame is ours to bear. The position of The Lancet family of journals is that with all current knowledge and commitments to acting early on cholera outbreaks, such escalated death rates quite simply should not happen. Cholera has been ravaging communities for two centuries. Yet in 2017, outbreaks are entirely containable early with coordinated efforts to implement water, sanitation, and medical rehydration treatment. There is a vaccine and antibiotics exist. For workers who witnessed the 1994 cholera outbreak among the Rwandan refugees, which killed 12 000 people in Goma, eastern Zaire, this current humanitarian crisis echoes both the indignation and the slow response to an early warning. Unlike Goma, however, the Yemen crisis has unfolded under the global scrutiny of the internet.

On the eve of World Humanitarian Day, Aug 19, Yemen must be foremost among priorities of every institution and government acting for global health. Containing the cholera crisis and reinstating health and personal security for 27 million Yemeni people is the high stakes sustainable development test for how humanity can and will organise around vocalised commitments to protect the most vulnerable among us today.

This editorial is published courtesy of the Lancet.