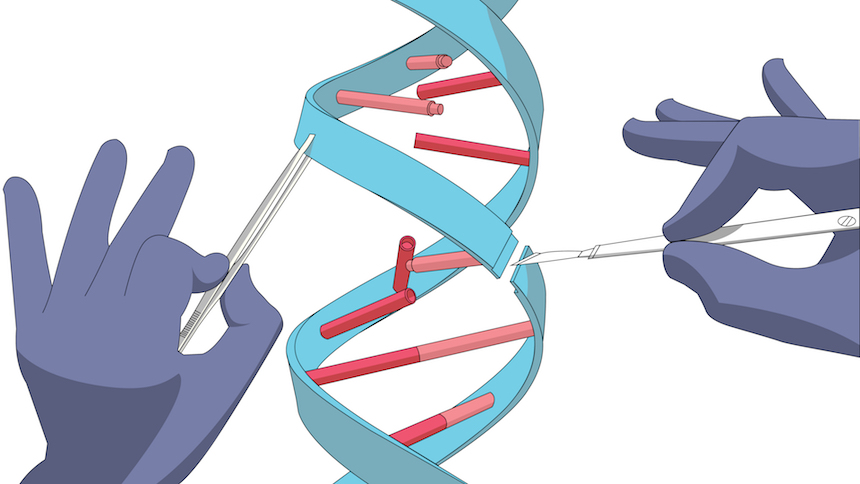 Over the past 5 years, genome editing has been rapidly emerging in the biological sciences. In 2015, the American Association for the Advancement of Science chose the genome editing technique known as clustered regularly interspaced short palindromic repeats (CRISPR) as the most promising scientific advancement that year. CRISPR are short sequences that can be used as templates by the CRISPR-associated protein 9 (Cas9) or similar exogenous nucleases. When delivered to a cell, the CRISPR-Cas9 system can cut the genome to excise DNA sequences or introduce new ones.

Using genome editing techniques in germline cells has been controversial, with preliminary research from China using CRISPR-Cas9 in human embryos yielding modest results. But a promising new development became international news with publication, on Aug 2, of new research from a joint US and Korean team reporting findings in Nature of CRISPR-Cas9 genome editing of human embryos, targeting mutations in the MYBPC3 gene that are implicated in hypertrophic cardiomyopathy. Most striking were the team’s results when CRISPR-Cas9 genome editing was used in heterozygous zygotes that carried a paternally derived pathogenic MYBPC3 mutation; 72% of embryos later assessed were free of the pathogenic MYBPC3 mutation, with no off-target effects and minimal mosaicism. Surprisingly, DNA repair after editing of the mutated allele defaulted to using the maternal allele as a template for DNA repair, rather than the exogenous synthetic single-stranded DNA template.

What do these results mean, not only for ongoing and future research into genome editing of embryos, but also for the potential of clinical application and the myriad of ethical and legal challenges that lie ahead? One certainty is that replication and improvement of the latest research will need to be demonstrated in thousands of human embryos before clinical use can be contemplated, which will take many years to achieve. Understanding why DNA repair during editing of the paternal pathogenic mutation reverted to the maternal wild-type allele suggests a different DNA repair mechanism for zygotes, which will be an immediate research priority.

An obvious starting point for ethical consideration is to address the value of genome editing in embryos, given that pre-implantation genetic diagnosis (PGD) is available in many countries. Genome editing of embryos could complement, or be an alternative to, PGD, especially if fertility is compromised in the case of inherited genetic mutations such as those in BRCA1. Conversely, genome editing of human embryos may be viewed as a more ethical approach than PGD, with its aim of embryo repair, rather than destruction.

Public engagement with ethical deliberations will be critical, and needs to happen in parallel with scientific development. No matter how rapid ongoing and future genome editing may be in confirming and improving the results of the latest research findings, the path towards clinical use of genome editing in embryos will ultimately require legal change. The case of clinical uptake of mitochondrial transfer in the UK, for example, is instructive and sobering. It took over a decade from having research licensed by the Human Fertilisation and Embryology Authority (HFEA) to clinical application of mitochondrial transfer techniques, and without the need for new primary legislation. Any future approval for the clinical use of genome editing in embryos—more controversial than mitochondrial transfer—will require new legislation, and will only be politically viable if both scientific advancement and public engagement of the ethical considerations have been exhaustive and effective.

In the UK at least, scientific, ethical, and regulatory agencies have a key role to play. Stellar genomic research institutions such as the Francis Crick Institute should lead and monitor research progress; the Nuffield Council on Bioethics will guide the crucial ethical discussions that need to form the basis of effective public engagement. Work here is already underway, with a framework document on the ethics of genome editing published last autumn and a new report focusing on governance and practice of genome editing expected early next year. The HFEA will need to ensure that the clinical use of genome editing, if it becomes legal, is scrupulously implemented and controlled.

Perhaps the overarching message from the fast-evolving work of human genome editing lies in the importance of engagement: the interdependence of science, ethics, and public consultation. If this is done well, the best possible environment can be fostered to enable progress in the informed decision-making that will be required to help contribute to a profoundly ethical objective: the prevention of heritable genetic diseases.

BRIEF: Trends in International Asthma Mortality: Analysis of Data from the WHO Mortality Database from 46 Countries (1993–2012)