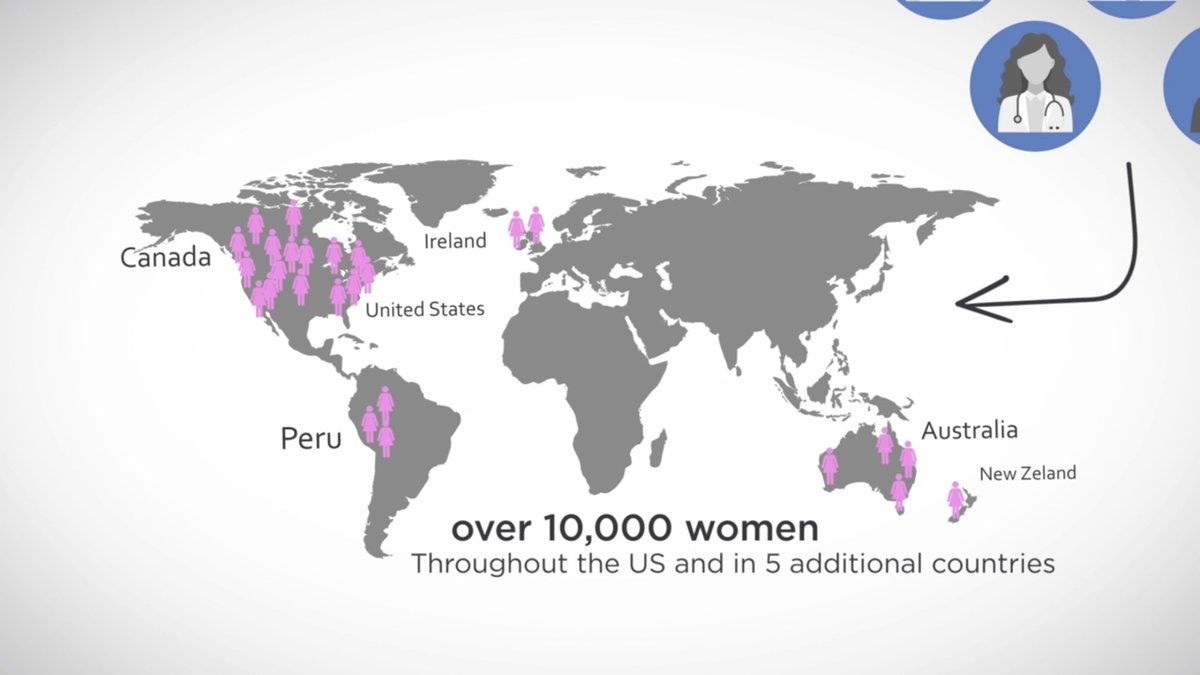 New findings from the groundbreaking Trial Assigning Individualized Options for Treatment (Rx), or TAILORx trial, show no benefit from chemotherapy for 70 percent of women with the most common type of breast cancer. The study found that for women with hormone receptor (HR)–positive, HER2-negative, axillary lymph node­–negative breast cancer, treatment with chemotherapy and hormone therapy after surgery is not more beneficial than treatment with hormone therapy alone. The new data, released at the American Society of Clinical Oncology (ASCO) annual meeting in Chicago, will help inform treatment decisions for many women with early-stage breast cancer.

The trial was supported by the National Cancer Institute (NCI), part of the National Institutes of Health, and designed and led by the ECOG-ACRIN Cancer Research Group. Findings from the study will be published in The New England Journal of Medicine.

“The new results from TAILORx give clinicians high-quality data to inform personalized treatment recommendations for women,” said lead author Joseph A. Sparano, M.D., associate director for clinical research at the Albert Einstein Cancer Center and Montefiore Health System in New York City and vice chair of the ECOG-ACRIN Cancer Research Group. “These data confirm that using a 21-gene expression test to assess the risk of cancer recurrence can spare women unnecessary treatment if the test indicates that chemotherapy is not likely to provide benefit.”

TAILORx, a phase 3 clinical trial, opened in 2006 and was designed to provide an evidence-based answer to the question of whether hormone therapy alone is not inferior to hormone therapy plus chemotherapy. The trial used a molecular test (Oncotype DX Breast Recurrence Score) that assesses the expression of 21 genes associated with breast cancer recurrence to assign women with early-stage, HR-positive, HER2-negative, axillary lymph node­–negative breast cancer to the most appropriate and effective post-operative treatment. The trial enrolled 10,273 women with this type of breast cancer at 1,182 sites in the United States, Australia, Canada, Ireland, New Zealand, and Peru.

When patients enrolled in the trial, their tumors were analyzed using the 21-gene expression test and assigned a risk score (on a scale of 0­–100) for cancer recurrence. Based on evidence from earlier trials, women in the trial who had a score in the low-risk range (0­–10) received hormone therapy only, and those who had a score in the high-risk range (26 and above) were treated with hormone therapy and chemotherapy.

“Until now, we’ve been able to recommend treatment for women with these cancers at high and low risk of recurrence, but women at intermediate risk have been uncertain about the appropriate strategy to take,” said Jeffrey Abrams, M.D., associate director of NCI’s Cancer Therapy Evaluation Program. “These findings, showing no benefit from receiving chemotherapy plus hormone therapy for most patients in this intermediate-risk group, will go a long way to support oncologists and patients in decisions about the best course of treatment.”

According to the authors, the new findings suggest that chemotherapy may be avoided in about 70 percent of women with HR-positive, HER2-negative, node-negative breast cancer:

The findings suggest that chemotherapy may be considered for the remaining 30 percent of women with HR-positive, HER2-negative, node-negative breast cancer:

The new results demonstrate that chemotherapy is not beneficial for most women in the intermediate-risk group. This data adds to findings from a TAILORx analysis published in 2015 that provided prospective evidence that the gene expression test could identify women with a low risk of recurrence who could be spared chemotherapy.

There is one caveat to the new findings. When the researchers analyzed premenopausal women and those younger than 50 years old at the higher end of the intermediate-risk range (16–25) separately, the results showed there may be a small benefit from chemotherapy, and thus these women should consider chemotherapy with their doctor. However, it is unclear if this benefit is due to the effect of chemotherapy or to endocrine suppression caused by chemotherapy-induced menopause.

“Before TAILORx, there was uncertainty about the best treatment for women with a mid-range score of 11–25 on the Oncotype DX Breast Recurrence Score test. The trial was designed to address this question and provides a very definitive answer,” said Dr. Sparano. “Any woman with early-stage breast cancer age 75 or younger should have the 21-gene expression test and discuss the results with her doctor to guide her decision to the right therapy.”

TAILORx was one of the first large-scale trials to examine a methodology for personalizing cancer treatment. When the trial was activated, the best available genomic profiling data in women with early-stage breast cancer were retrospective.

The study was supported in part by the Breast Cancer Research Foundation, Komen Foundation, and the Breast Cancer Research Stamp. The stamp funding provided more than $5 million to the trial. Since 1998, when the charity stamp was authorized by Congress and first issued by the United States Postal Service, more than $86 million has been raised for breast cancer research. The net proceeds from sales of the stamp are transferred to NIH and the Medical Research Program of the Department of Defense to fund breast cancer research.