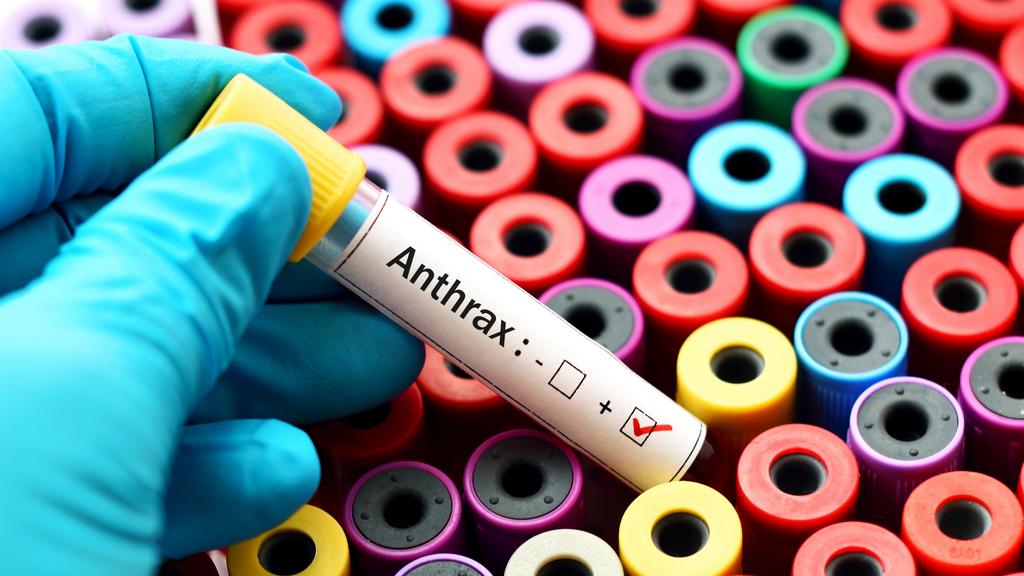 A new study led by Dr. Antonella Fioravanti in the lab of Professor Han Remaut of The Flanders Institute for Biotechnology (VIB) -VUB Center for Structural Biology) has shown that removing the armor of the bacterium that causes anthrax slows its growth and negatively affects its ability to cause disease. This work, published in Nature Microbiology, can lead the way to new, effective ways of fighting anthrax and various other diseases.

Anthrax is a deadly and highly resilient disease, caused by the spore-forming bacterium Bacillus anthracis. Historically, it was a major cause of death in humans and cattle. Today it is much less prevalent thanks to better hygiene and the immunization of cattle. Nevertheless, anthrax remains a naturally occurring disease that affects wildlife and livestock animals around the world. In humans, it presents a health concern primarily as a skin infection in people handling contaminated animal products, or more rarely as deadly systemic infection when ingested or inhaled.

The toughness of the spores and the lethality of an anthrax infection via inhalation unfortunately spurred its development as biological weapon in the mid-twentieth century. Although the development and stockpiling of anthrax as a bio-weapon has been banned by the international community, these regulations are violated at times. Because treatment options are limited and not effective in most cases, this means anthrax remains a potential bioterrorism threat.

As part of its strategy to evade the weapons of the immune system, the anthrax bacterium cloaks itself with a complex, dynamic armor. A poorly understood component of this armor is the Sap S-layer, a single layer of protein that forms a shell around the bacterium. In this study, researchers successfully applied Nanobodies® – small antibody fragments – to control the assembly of the bacterial armor and study its structure. The Nanobodies were not only effective in preventing the armor from forming, but also proved highly efficient in breaking down existing S-layers. When applied to live bacteria, breaking down the armor slowed bacterial growth and led to drastic changes in the surface of the bacterial cell.

Antonella Fioravanti (VIB-VUB), who led the research, shares her excitement: “I was over the moon. I created these Nanobodies as a tool to study the Sap S-layer, but that they would also inhibit bacterial growth was an unexpected bonus”.

The effects were so striking that the Nanobodies were tested as a treatment in mice infected with B. anthracis. “The results were amazing, all treated mice recovered from lethal anthrax within days,” says Filip Van Hauwermeiren, who performed the infection studies. “We had been studying ways to stop the lethality of anthrax but had never seen such striking effects as with these Nanobodies,” adds his supervisor Mohamed Lamkanfi (previously VIB-UGhent Center for Inflammation Research, now at Janssen Pharmaceutica and Ghent University).

New targets in an old battle

These findings represent a step forward in a quest that started in the 19th century. When Robert Koch proved in 1876 that bacteria were causal agents of infectious disease, it was B. anthracis he was studying. In 1881, Louis Pasteur famously showed the public that exposure to inactivated B. anthracis protected livestock against anthrax. Still, a safe anthrax vaccine is not available to the broad public and treating acute infections in non-vaccinated persons is problematic. It requires long treatments with antibiotics which have poor success rates. Therapeutics derived from the Nanobodies discovered in this study may one day fill this treatment gap. Moreover, targeting the S-layer with Nanobodies may be successful in the fight against other bacteria with an S-layer armor. For example, the lab is currently exploring S-layer targeting Nanobodies in Clostridium difficile which causes life-threatening colitis.

Finally, the success of the experiments in this study have motivated researchers to look for other vulnerable targets on bacterial cell surfaces. Prof. Han Remaut explains: “Proteins on the surface of bacteria are interesting antibacterial targets because they are directly accessible. Targeting these proteins means that we have to worry less about that various ways that bacteria are preventing drugs from getting into the cell.”

Blood Samples from the Zoo Help Predict Diseases in Humans