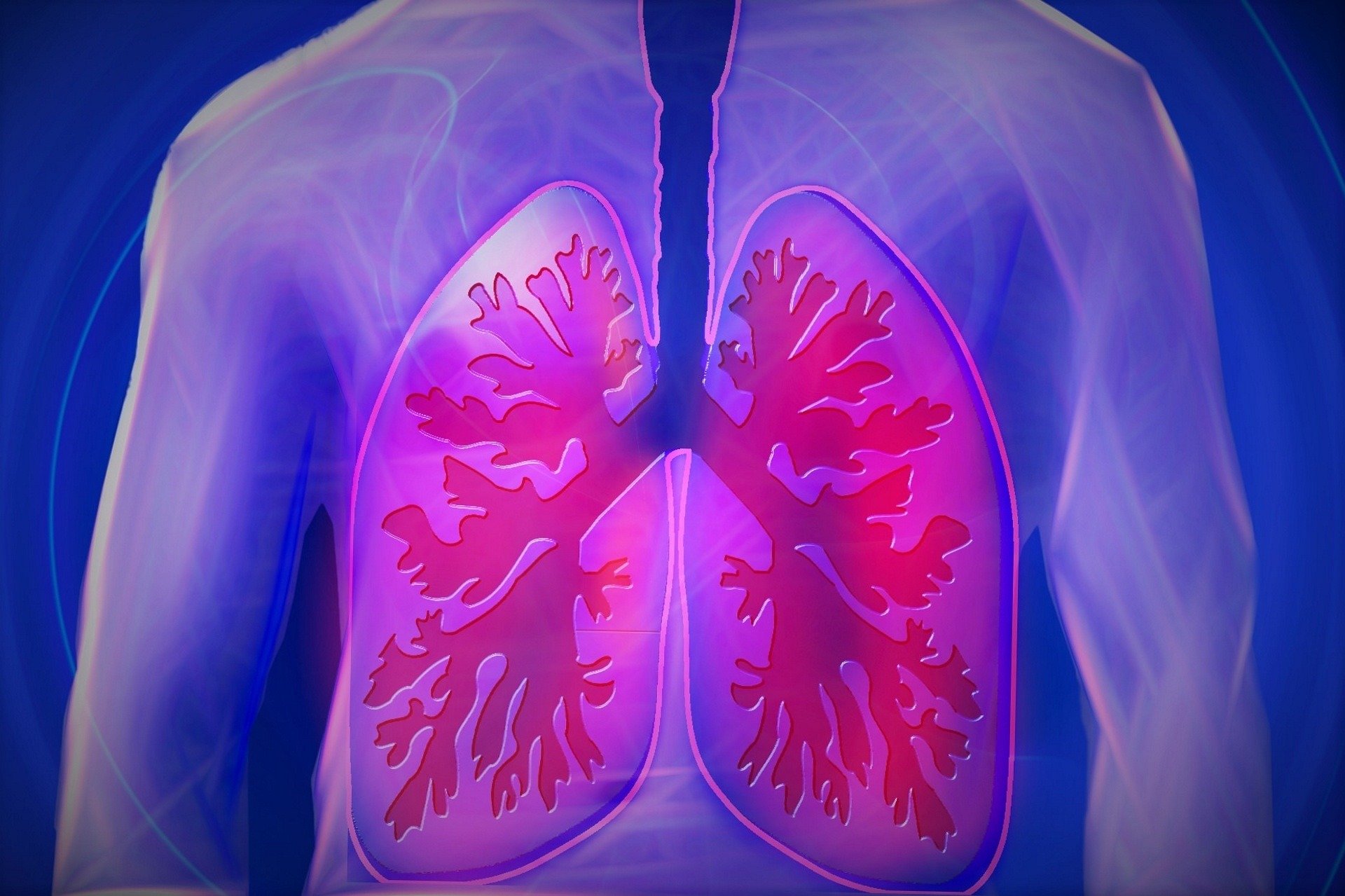 Their findings could eventually help physicians decide whether an individual patient with lung cancer can benefit from standard treatment or may need more aggressive therapy. The study is published in Scientific Reports.

The US Preventive Services Task Force currently recommends that middle-age and older persons with a history of heavy smoking be screened annually for lung cancer with low-dose computed tomography (CT). Low-dose CT is effective at detecting small lung tumors, but the cost of CT screening and risks of repeated radiation exposure prevent its use for screening of the general population. This points to a need for a low cost, minimally invasive method for identifying people who may require further CT screening to catch the disease at earlier, more readily treatable stages, says co-principal investigator Leo L. Cheng, PhD, an associate biophysicist in the departments of Pathology and Radiology at MGH.

“You cannot use CT as a screening tool for every patient or even for every at-risk patient every year, so what we’re trying to do is to develop biomarkers from blood samples that could be incorporated into physical exams, and if there is any suspicion of lung cancer, then we would put the patient through CT,” Cheng says.

Along with co-principal investigator David C. Christiani, MD, MPH, a physician in the Department of Medicine at MGH, Cheng and other colleagues studied paired blood samples and tumor tissues taken at the time of surgery and looked for unique metabolomic markers using high-resolution magnetic resonance spectroscopy (MRS), a sensitive technique for characterizing the chemical composition of tissues.

Cheng says that although other research groups have used MRS to identify potential biomarkers of lung cancer in serum, “the uniqueness of our study is that we have paired samples from patients obtained at the same time as surgery.”

The paired specimens came from 42 patients with squamous cell carcinomas (SCC) of the lung, and 51 patients with adenocarcinomas of the lung. The investigators also examined blood samples from 29 healthy volunteers who served as controls. The patients included 58 with early (Stage I) lung cancer, and 35 with more advanced disease (Stage II, III, or IV).

The experiments were designed to see whether blood samples and tumor tissue samples from the same patient had common features that would identify the presence or absence of lung cancer, discriminate between cancer subtypes, and confirm the diagnostic accuracy of a simple blood test.

The investigators identified specific profiles of metabolites common to both types of samples and showed the differences between the profiles could signal whether a patient had SCC or adenocarcinoma, which require different treatments. They also found that the profiles could distinguish between early-stage disease, which is often highly treatable, and later disease stages which require more aggressive or experimental treatments.

The ultimate goal of the study is to develop a blood test that could be included as part of a standard physical and could indicate whether a specific patient has suspicious signs pointing to lung cancer. Patients identified by the blood screen would then be referred for CT.