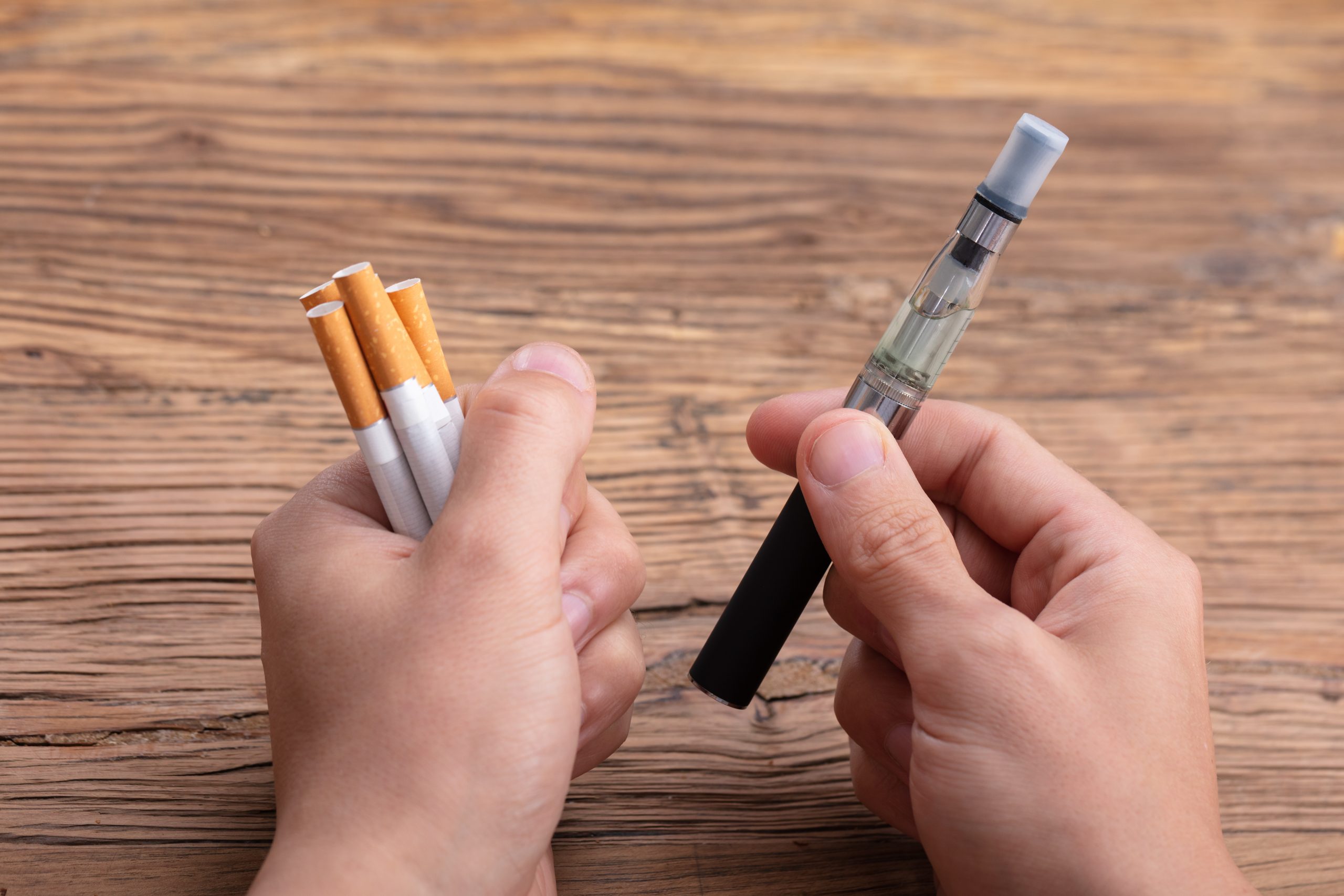 Cardiovascular disease is the leading cause of death associated with smoking cigarettes. But as use of e-cigarettes (“vaping”) becomes more popular, including as a way to cut back on cigarettes, little is known about its effect on cardiovascular health.

Now, a new Boston University School of Public Health (BUSPH) study, published in the journal Circulation, finds that vaping may not cut risk of cardiovascular disease in the way that most adults use them–in combination with cigarettes.

“Dual use of cigarettes and e-cigarettes appears to be as harmful to cardiovascular health as exclusive cigarette smoking,” says study lead author Dr. Andrew Stokes, assistant professor of global health at BUSPH.

Stokes notes that an estimated 68% of people in the US who vape also smoke traditional cigarettes. “If e-cigarettes are used in quit attempts, cigarette smoking should be completely replaced, and a plan to attain freedom from all tobacco products should be advised,” he says.

Stokes and colleagues from the American Heart Association Tobacco Regulation and Addiction Center used data on 7,130 participants in the 2013-2014 first wave of the nationally-representative PATH (Population Assessment of Tobacco and Health) study.

The long lag time between tobacco exposure and cardiovascular disease makes it difficult to evaluate how newer products, such as e-cigarettes, affect cardiovascular health. So, the researchers instead looked for cardiovascular inflammation and oxidative stress, biomarkers that are known predictors of cardiovascular events such as heart attacks and heart failure.

The researchers then conducted extensive sensitivity analyses to account for other related risks, including use of other tobacco products, marijuana use, and secondhand smoke exposure. In all of these analyses, the results were the same: Dual use of e-cigarettes and traditional cigarettes showed the same level of predictors of cardiovascular disease as exclusively smoking.

“We do know that a variety of harmful or potentially harmful constituents have been found in e-cigarette aerosols–such as volatile organic compounds, polycyclic aromatic hydrocarbons, and metals–albeit with lower concentrations compared to cigarettes, so using these products is not without risks.”

A growing body of research points to other areas of health harmed by vaping. In another recent study, published in JAMA Network Open, Stokes and colleagues found that vaping alone can increase the risk of respiratory disease by more than 40%.

The Link Between Opioid Medication and Pancreatic Cancer