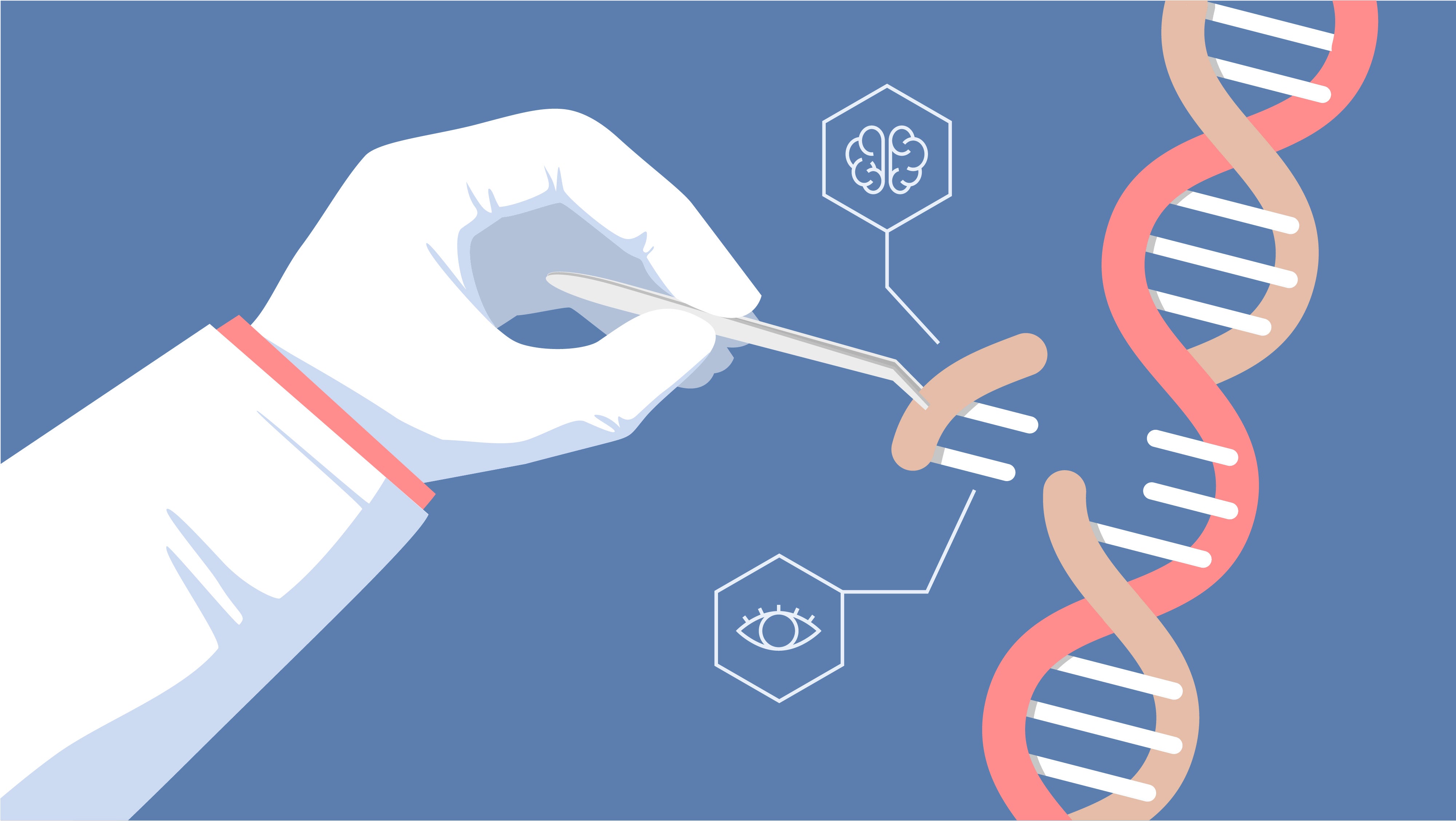 For the first time, scientists have used CRISPR technology to insert genes that allow immune cells to focus their attack on cancer cells, potentially leaving normal cells unharmed and increasing the effectiveness of immunotherapy. The new approach is being presented today at the Society for Immunotherapy of Cancer (SITC) 2022 and is being published in the journal Nature. It is co-led by Antoni Ribas, MD, PhD, of UCLA Jonsson Comprehensive Cancer Center and professor of medicine at UCLA.

The CRISPR technique has been previously used in humans to remove specific genes to allow the immune system to be more activated against cancer. In this new research, investigators at PACT Pharma report on being able to use CRISPR to not only take out specific genes, but also to insert new ones in immune cells efficiently redirecting the immune cells to recognize mutations in the patient’s own cancer cells. When infused back to patients, these CRISPR engineered immune cells preferentially traffic to the cancer and become the most represented immune cells there.

The human immune system has specific receptors on immune cells that can specifically recognize cancer cells and differentiate them from normal cells. These are different for every patient, so finding an efficient way to isolate them and insert them back into immune cells to generate a personalized cell therapy to treat cancer is key to making the approach feasible on a large scale.

The new research reports on an efficient way to isolate these immune receptors from patient’s own blood using new technologies developed initially through a collaboration by Dr. Ribas with James Heath, PhD, president of the Institute for Systems Biology in Seattle, and the Nobel Laureate David Baltimore, PhD, emeritus professor at Caltech and member of the UCLA Jonsson Comprehensive Cancer Center, and further developed into the clinic by PACT Pharma. After isolation, the immune receptors are used to redirect immune cells to recognize cancer using CRISPR gene editing.

“This is a leap forward in developing a personalized treatment for cancer, where the isolation of immune receptors that specifically recognize mutations in the patient’s own cancer are used to treat the cancer” said Dr. Ribas, corresponding author of the article. “The generation of a personalized cell treatment for cancer would not have been feasible without the newly developed ability to use the CRISPR technique to replace the immune receptors in clinical-grade cell preparations in a single step.”

The researchers report treating 16 patients with a variety of solid cancers including colon, breast and lung cancers. The patients had immune cells isolated from their blood based on their binding to capture reagents that displayed up to 350 mutations from the patient’s own cancer, for a total of over 5000 mutations being targeted across 34 flavors of HLA subtypes of the immune system. The genes of the immune receptors that allowed the immune cells to specifically recognized the cancer mutations were then sequenced, totaling 175 newly isolated cancer-specific immune receptors. They were then inserted back into the patient’s own immune cells using a one-step CRISPR editing, which included the knock-out of the existing immune cell receptors and knock-in of the immune receptors that could redirect those cells to specifically recognize mutations in their cancer.

Up to three such preparations of gene edited immune cells were infused back to the patients after giving conditioning chemotherapy, for a total of 37 immune receptors being infused to the 16 patients participating in this research. Patients had the expected side effects from chemotherapy, and two patients had potential side effects from the gene edited cells, one with fevers and chills and the other with confusion, both recovering promptly. The gene edited immune cells were preferentially recovered from biopsies of patient’s post-infusion, frequently representing the top 20% of immune cells in the cancer.

“This study demonstrates the feasibility of isolating and cloning multiple immune cell receptors recognizing mutations in cancer cells, the simultaneous knock-out of the endogenous immune receptor and knock-in of the redirecting immune receptor using single-step, non-viral precision genome editing, the manufacturing of CRISPR engineered T cells at clinical grade, the safety of infusing up to three gene edited immune cell products, and the ability of the gene edited immune cells to traffic to the patients’ tumours,” said Dr. Ribas.