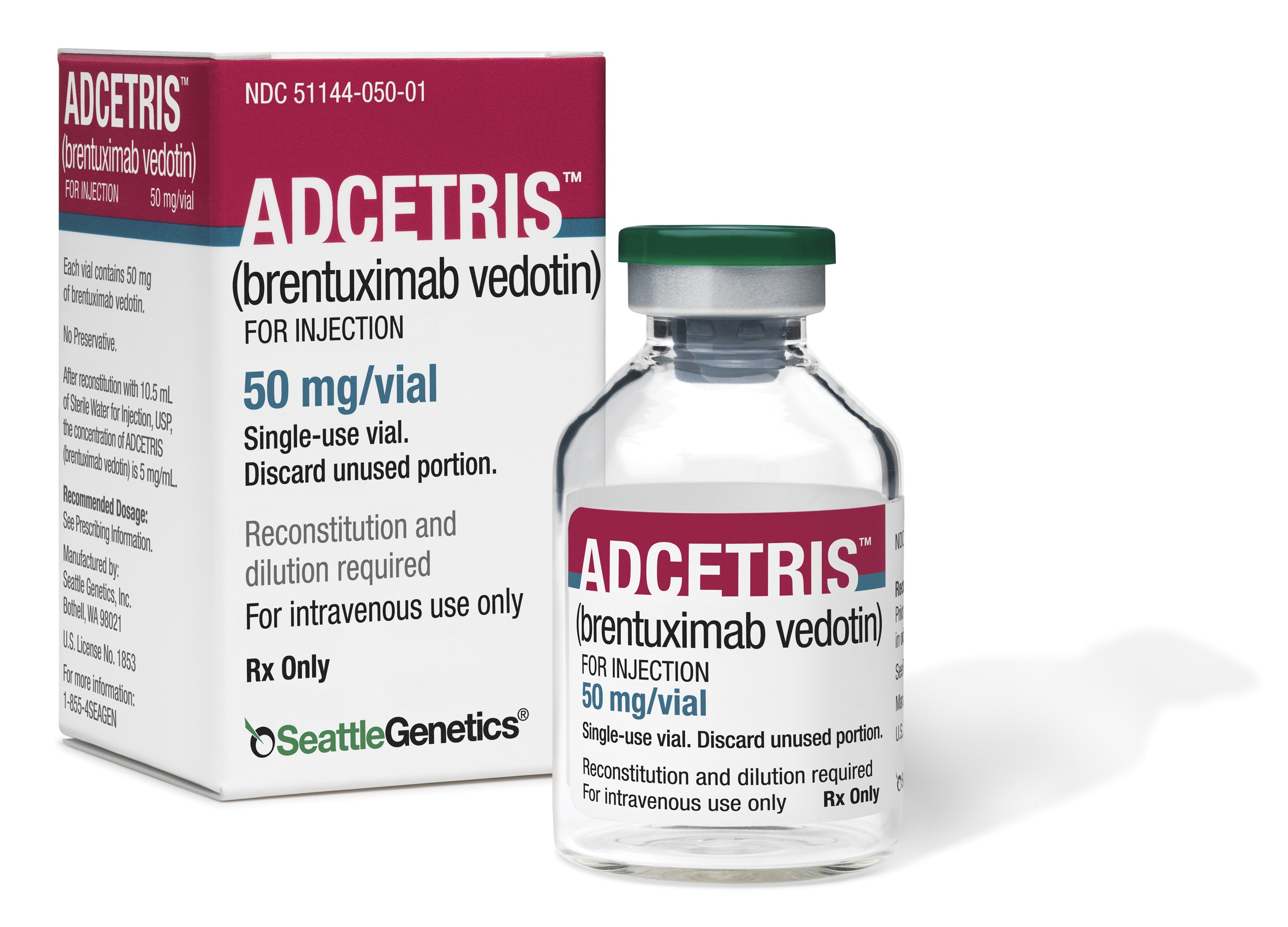 “Today’s approval represents an improvement in the initial treatment regimens of advanced Hodgkin lymphoma that were introduced into clinical practice more than 40 years ago,” said Richard Pazdur, M.D., director of the FDA’s Oncology Center of Excellence and acting director of the Office of Hematology and Oncology Products in the FDA’s Center for Drug Evaluation and Research. “This approval demonstrates our commitment to approving advancements in treatment that give prescribers and patients different options for care.”

The National Cancer Institute at the National Institutes of Health estimates that 8,260 people in the United States were diagnosed with Hodgkin lymphoma last year and approximately 1,070 patients with non-Hodgkin lymphoma died from the disease in 2017.

Adcetris combines an antibody and drug, allowing the antibody to direct the drug to a target on lymphoma cells known as CD30. Adcetris has also been previously approved by the FDA to treat cHL after relapse, cHL after stem cell transplant when a patient is at a high risk of relapse or progression, systemic anaplastic large cell lymphoma (ALCL) after failure of other treatment, and primary cutaneous ALCL after failure of other treatment.

The approval for adult patients with previously untreated stage III or IV cHL was based on a clinical trial comparing Adcetris plus chemotherapy (Adriamycin [doxorubicin], vinblastine and dacarbazine, or AVD) to a chemotherapy-only regimen common for cHL treatment (AVD plus bleomycin, also known as ABVD). The trial measured modified progression-free survival (mPFS), which considers the length of time it took for the disease to progress, death to occur, or new therapy to be initiated in patients who did not achieve a complete response. In the trial of 1,334 patients, after patients received an average of six 28-day cycles of treatment, those treated with Adcetris plus AVD were 23 percent less likely to experience progression, death, or initiation of new therapy compared with those receiving ABVD. There were 117 (18 percent) patients on the Adcetris plus AVD arm who experienced disease progression, death, or began new therapy compared to 146 (22 percent) patients on the ABVD arm.

Adcetris has a boxed warning that highlights the risk of John Cunningham virus infection resulting in progressive multifocal leukoencephalopathy, or PML, a rare but serious brain infection that can result in death.

Serious risks of Adcetris include peripheral neuropathy; severe allergic (anaphylaxis) or infusion-site reactions; damage to the blood, lungs and liver (hematologic, pulmonary and hepato-toxicities); serious or opportunistic infections; metabolic abnormalities (tumor lysis syndrome); serious dermatologic reactions and gastrointestinal complications. Adcetris can cause harm to a developing fetus and newborn baby; women should be advised of the potential risk to the fetus and to use effective contraception, and to avoid breastfeeding while taking Adcetris.

The FDA granted the approval of Adcetris to Seattle Genetics, Inc.

A Method for Predicting the Impact of Global Warming on Disease