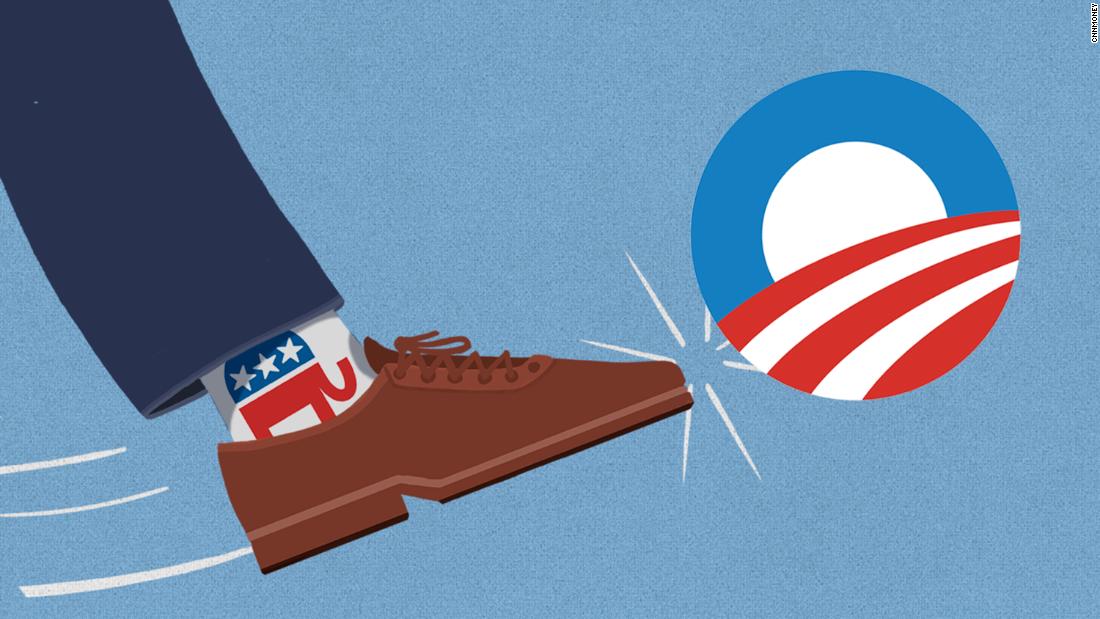 The Affordable Care Act – or Obamacare – most benefitted those closest to the federal poverty line, a study led by Drexel University researchers shows.

Individuals below or nearest to the poverty line (with incomes up to twice its value) experienced the most significant reductions in health-related financial strain and un-insurance rates between 2011 and 2016 – during which the poverty line stood between $11,000 and $12,000.

“This population, who have historically had high rates of financial strain, had large increases in their rates of insurance as a result of the Affordable Care Act expanding Medicaid and establishing health insurance exchanges,” said the study’s lead author, Ryan McKenna, PhD, an assistant professor in Drexel’s Dornsife School of Public Health.

Although the study, published in INQUIRY, was good news, it also gives McKenna and his co-authors some concern due to the present political climate. The current administration and Congress have plainly expressed their desire to replace or even remove the law.

“Given that past – and, likely, future – reform efforts have sought to change the provisions of the ACA, we’re trying to give policymakers a better understanding of who has the most to lose,” McKenna said.

Almost 20 percent of the United States falls into the category of those making an income of twice the poverty line designation or below, those the study found benefitted the most, McKenna pointed out.

Using data from 133,672 adults pulled from the 2011-16 National Health Interview Surveys, McKenna sought to compare the near-poverty line population to those making an income four times greater than it or more, which would be more than $47,000 for an individual in 2016.

The groups of people below or near the poverty line were more likely to experience poor results related to all of these compared to those well above it.

But when the study compared the numbers before the Affordable Care Act (2011-2012) to after (2013 was the first year Medicaid expansion kicked in), numbers for the less-moneyed groups significantly improved.

Un-insurance rates for those below or near the poverty line dropped by between 11.2 and 14.1 percent. Moreover, they experienced significant improvement in their ability to pay for their prescriptions and pay for care when they needed it.

“Really, the insurance expansion did more than just provide access to the health care system,” McKenna said. “Our work shows that the ACA reduced financial strain for all citizens, with the largest gains occurring among the most financially vulnerable individuals.”

Seeing positive gains under the Affordable Care Act, McKenna hopes to now take a “deep dive” into the quality of insurance coverage available to those who are on the federal exchanges and Medicaid.

“Specifically, we want to look at the availability of providers within an enrollee’s insurance network,” McKenna said. “It is unclear how the emergence of narrow provider networks – which might not contain all the necessary specialists and could be far apart – affect the access to and utilization of care for those gaining coverage under the ACA.”

In the meantime, though, McKenna will carefully watch further developments regarding the law.

“The ACA is certainly not perfect and there are areas in need of reform – such as the improvement of network advocacy. However, it saddens me when I see proposed alternatives to the current law that will do more harm than good,” McKenna said. “While we have the data showing the benefits of the ACA, these are all too often ignored for the sake of advancing a political agenda. Ultimately, the most vulnerable and at-risk among us are those caught in the middle.”