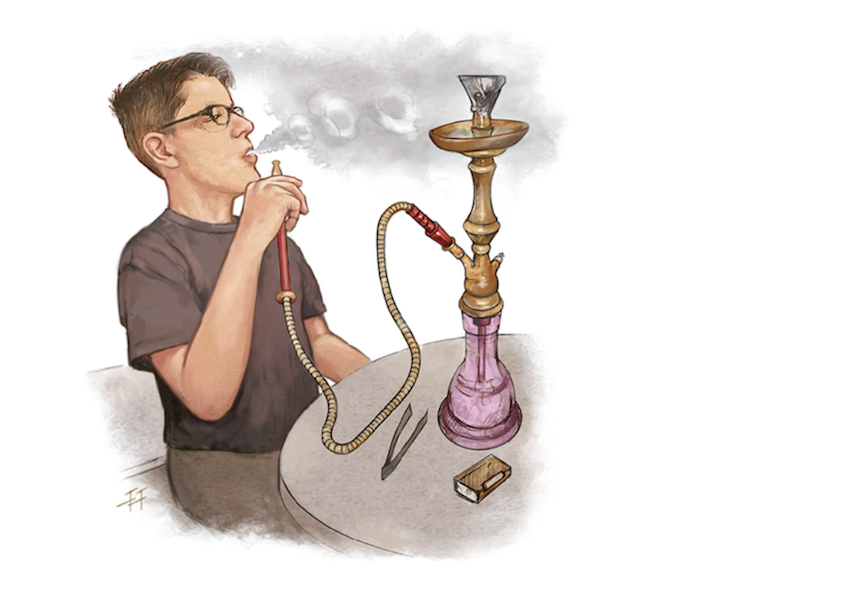 In direct contradiction to marketing efforts claiming that hookah (water pipe) smoking is less hazardous to health than cigarettes, a new UCLA study published in the American Journal of Cardiology found that just a half-hour of hookah smoking resulted in the development of cardiovascular risk factors similar to what has been seen with traditional cigarette smoking.

“Our findings challenge the concept that fruit-flavored hookah tobacco smoking is a healthier tobacco alternative. It is not,” said Mary Rezk-Hanna, an assistant professor at the UCLA School of Nursing and lead author of the study.

This study is believed to be the first to investigate the effects of hookah smoking on stiffening of the arteries. Studies have shown that as cigarette use continues to decline, hookah smoking is rising, especially among youth and particularly among college students.

According to the Food and Drug Administration, under authority granted by the Family Smoking Prevention and Tobacco Control Act, cigarettes cannot contain an artificial or natural flavor (other than tobacco or menthol) or an herb or spice that is a characterizing flavor. But this prohibition does not apply to hookah, contributing to its rapidly growing popularity.

There are more than 2,000 shops in California that sell hookah tobacco and related products, in addition to 175 hookah lounges and cafes. A disproportionate number of these facilities are in Los Angeles, near universities and colleges. National data show that among adults ages 18 to24, 18.2 percent report hookah use, compared to 19.6 percent who use cigarettes and 8.9 percent who use e-cigarettes.

Results of the study are particularly concerning because it measured what appears to be the lower limit of hookah use (half an hour). Typically, a hookah session can last for several hours, potentially increasing the levels of nicotine and other toxins being absorbed in the body.

Stiffening of arteries and the aorta are important signs of progression of hypertension, which raises the risk of heart attacks, stroke and other cardiovascular disorders. Previous studies have shown that cigarettes, smokeless tobacco, cigars and most recently e-cigarettes produce similar rates of arterial stiffening seen in this hookah use study.

However, hookah smoking remains more popular, due to marketing efforts as well as social trends. In previous UCLA studies by Rezk-Hanna, when participants were asked why hookah smoking was more attractive than cigarette smoking, 48 percent of them replied that it was because of the fruity flavors and smells.