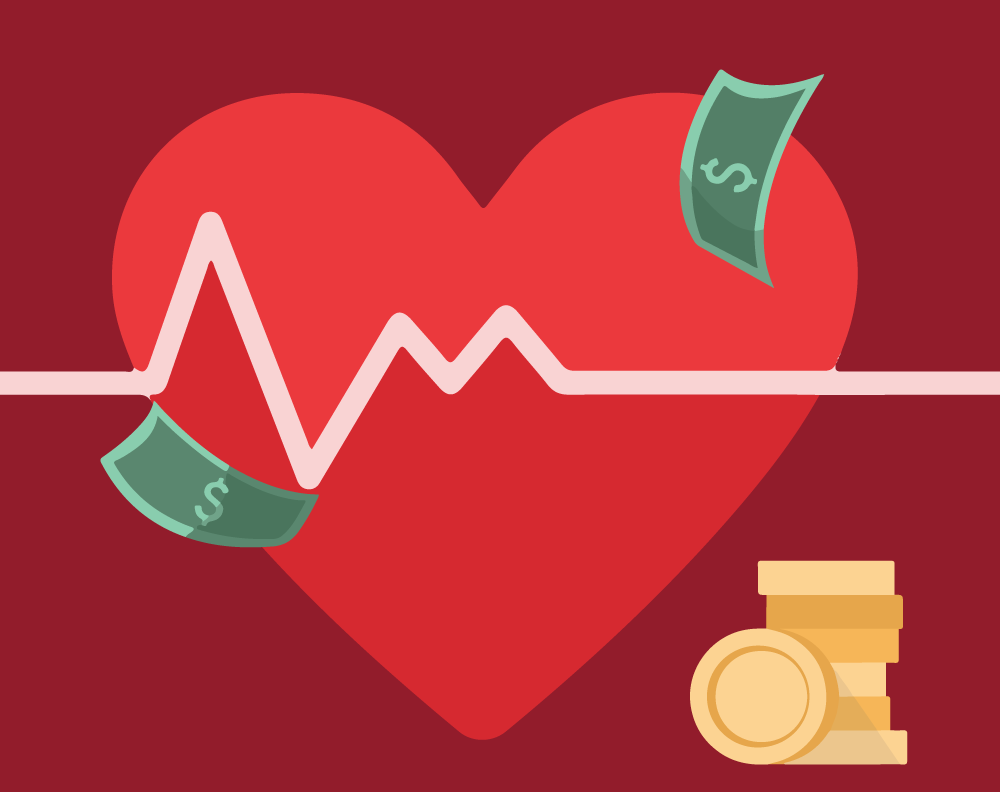 Low-income Michigan residents who enrolled in a new state health insurance plan didn’t just get coverage for their health needs – many also got a boost in their financial health, according to a new study. People who gained coverage under the state’s expanded Medicaid program have experienced fewer debt problems and other financial issues than they had before enrollment, the analysis of thousands of individuals shows.

Those who had the most health problems felt the most financial relief after enrolling in the Healthy Michigan Plan, which now covers more than 650,000 people in the state, according to the findings of a team led by a University of Michigan health economist

The study shows drops in unpaid debts — especially medical debts and over-drawn credit cards – as well as fewer bankruptcies and evictions after people enrolled. Meanwhile, enrollees’ credit scores and car loans rose. Those with chronic illnesses, or who had a hospital stay or emergency department visit after they enrolled, saw the largest financial effects.

Economist Sarah Miller, Ph.D., of U-M’s Ross School of Business, published the paper on the site of the National Bureau of Economic Research with colleagues from the Federal Reserve Bank of Chicago, University of Illinois, Chicago and Northwestern University.

The team worked with the Michigan Department of Health and Human Services, which runs the Healthy Michigan Plan, to obtain information about more than 322,000 enrollees without the researchers’ having access to any individual’s identifiable data. Using a double-blind matching procedure, they then matched the data with enrollees’ credit reports, and studied them as a group.

The researchers focused on people who enrolled in the program’s first year, starting in April 2014, and hadn’t had health insurance before they joined. The team looked at individual-level financial information from several years before, and at least a year after, each person enrolled.

“Across the board, we saw a pretty sizable effect, not just on unpaid medical bills, but also unpaid credit card bills, and on public records for evictions, bankruptcies, wage garnishments and other actions,” says Miller. “Enrollees’ financial well-being seems to improve when they can get the medical care they need without having to put it on a credit card. And the largest effects are among the sickest enrollees.”

Miller, who is a member of the U-M Institute for Healthcare Policy and Innovation, notes thatresearch from IHPI and other teams has shown that Medicaid expansion has resulted in more people having health insurance, getting access to care, receiving care.

An IHPI team recently reported that physicians say their patients who have Healthy Michigan Plan coverage are becoming healthier and more able to work, and previous IHPI research showed hospitals in Michigan have less uncompensated care than before.

In general, Miller notes, one of the main goals of health insurance of all kinds is to protect people from financial losses when they get sick or injured. But no studies have looked at the financial impacts of coverage across such a large population of Medicaid expansion enrollees, or allowed researchers to compare members of different sub-groups of enrollees.

Because the new study matched Medicaid records with individual credit reports, it gives a highly detailed picture of what was going on in enrollees’ financial lives as a group, and allows for analysis of subgroups and relatively rare financial events that lead to public records.

It also allows the researchers to see the sharp and immediate drop in financial issues after the individual’s enrollment date, which suggests that enrollment – not a gradually improving economy – was the key factor.

The study shows that enrollment in the Healthy Michigan Plan:

Miller and her colleagues also cite survey data from the official evaluation of the Healthy Michigan Plan that another IHPI team is carrying out. The survey found that in the year before they enrolled in the Healthy Michigan Plan, 45 percent of the enrollees said they’d had trouble paying medical bills, and 25 percent said they’d skipped necessary care due to costs. After enrolling, these measures dropped.

Enrollment in the Medicaid expansion program is limited to adults with household incomes under 133 percent of the federal poverty level. The average household income for enrollees in the study was $4,400 for an individual and $7,500 for a family of three. Seventy percent had a chronic illness, and on average they had been to an emergency department once in the past year. More than 80 percent had credit scores in the subprime or deep subprime range. Their total debt in collections, medical debt in collections and past-due amount was higher than a random sample of credit reports nationally.

Miller cautions, “This study also suggests that people at risk of losing Medicaid because they don’t complete a work requirement or paperwork could be at a great financial risk, even if they do not have a chronic illness or a major medical issue. They’re the ones at risk of losing their coverage, and it won’t just mean they can’t go to the doctor.”

The new study’s results build on those from Oregon, which expanded Medicaid before the rest of the nation was able to under the Affordable Care Act. An evaluation of that program’s effects also showed positive financial impacts.

Miller and her colleagues are continuing their work to quantify the financial impacts of Medicaid expansion in national data. They recently published one national study in the Journal of Public Economics that uses aggregate, not individual, data to show a positive impact of Medicaid coverage on debt in collections among people living in poorer areas with histories of high rates of uninsurance.

Despite Changes to US Kidney Allocation System, Inequality Persists