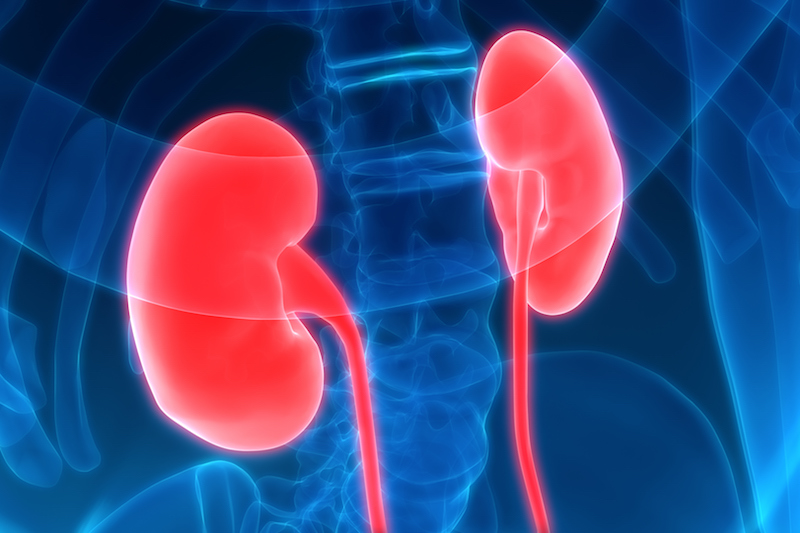 The implementation of a new U.S. kidney transplant allocation system did not solve many of the inequities that low-income and minority kidney disease patients face, Drexel University College of Medicine researchers found in a new study published recently in the journal Clinical Transplantation.

The study strengthens the argument that early disease diagnosis and preemptive waitlisting (being “listed” before requiring chronic dialysis) remain the most effective strategies to improve survival chances – strategies that many of the country’s most vulnerable populations still do not have access to.

Dialysis is a treatment needed when a person develops end stage kidney failure. When kidneys fail, dialysis keeps the body in balance by removing waste, helping to control blood pressure and regulating chemicals. Though dialysis can keep a person alive while waiting for a transplant, the treatment is risky and comes with a slew of uncomfortable side effects.

“Dialysis time isn’t like regular time. Waiting to pursue transplantation until a patient is already on dialysis is basically playing Russian roulette with their health,” said study lead author Meera Nair Harhay, MD, a nephrologist and associate professor of medicine at Drexel’s College of Medicine.

That’s why it is best to receive an early diagnosis and explore transplant as a treatment right way. Then, you might be able to get a transplant “preemptively,” without ever needing to start dialysis. However, the process of getting on a waitlist for a transplant – and avoiding dialysis – has for some time been skewed toward patients with a higher socio-economic status, access to better health insurance and primary care. Low-income and minority patients, by contrast, are disproportionately less likely to receive care for their disease early, and therefore spend much longer on dialysis.

In an effort to shrink this disparity, the Organ Procurement and Transplantation Network made major changes to the deceased donor kidney allocation system in 2014. Before then, waiting time for kidney transplants universally started after a person was waitlisted, whether or not they had started dialysis.

“Minorities and the uninsured, who were less likely than white patients to be referred early for kidney transplant, used to have to wait even more years on dialysis before getting a transplant,” said Harhay. “Dialysis has a lot of risks. People die, or their health status can worsen considerably.”

Under the new system, kidney transplant candidates who are waitlisted after beginning dialysis get that dialysis time “credited” to their overall waiting time. For example, someone who endured five years of dialysis before going on the transplant waiting list would accrue five “priority points” and be elevated on the list. However, those with preemptive wait-listing still start their clock even earlier, accruing an extra priority point for every year they spend on the list.

While early studies showed that the new system was successful in closing the gap in transplant rates between waitlisted white and minority patients, the Drexel study authors wanted to look into other potential implications of the new rules. The researchers examined retrospective data, between 2011 to 2014 (before the allocation system changed) and 2014 to 2017 (after the change).

“You would expect that this new system would reshuffle the deck a bit and narrow this gap – so that someone who had been on dialysis for two or three years might get a kidney transplant before someone who has not started dialysis,” Harhay said. “But we did not find that to be the case. The gap between those who were listed early and listed late is still quite wide.”

Moreover, the system gives the highest quality kidneys to those who have had the least years on dialysis, opening the door to further disparities based on the timing of wait-listing.

Historically, patients who are preemptively listed for a transplant (before dialysis), have been found to have superior outcomes, compared to those listed after going on dialysis, due to both socioeconomic differences and the debilitating health impacts of prolonged dialysis exposure.

In the U.S, Medicare only provides health insurance for individuals with kidney disease after they start dialysis, so individuals who don’t qualify for Medicare by age criteria have to rely on private insurance or Medicaid to be pre-emptively wait-listed. With the implementation of the ACA, states that expanded their Medicaid programs experienced a significant increase in preemptive listings of Medicaid beneficiaries, a previous study from Harhay and colleagues showed.

But even with expanded access to insurance, there are many other barriers to preemptive waitlisting for low-income and minority patients, Harhay said, including differences in access to high-quality primary care to ensure timely diagnosis of kidney disease and referral to kidney disease specialists.

“Our study shows that, even under the new kidney allocation system, important equity issues remain in kidney transplant care,” Harhay said. “I think we really need to be focusing on increasing kidney disease awareness, long before dialysis is needed.”