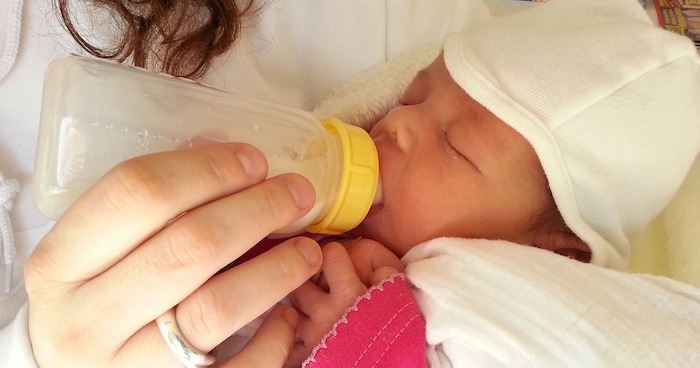 Results from a clinical trial published today in the Journal of Pediatrics show infants who consume formula containing milk fat globule membrane (MFGM) — a complex layer that normally surrounds fat in milk — score higher in tests of cognitive, language and motor development by their first birthdays than infants consuming a milk-based formula that didn’t contain MFGM.

“Normal milk, including human milk, is composed of fat droplets which are surrounded by a membrane containing potentially important nutrients, including proteins, sugars and lipids,” said co-author John Colombo, professor of psychology and director of the Life Span Institute at the University of Kansas. “In homogenized formula, the droplets are broken up, and these membrane nutrients are typically removed.”

Colombo and his colleagues on the clinical trial, which was conducted by a team assembled and sponsored by formula maker Mead Johnson Nutrition, are quick to point out “human milk is recognized as the gold standard for infant nutrition.” Indeed, the World Health Organization recommends only breastfeeding until an infant is 6 months old. Yet, for various reasons, including medical problems and societal pressures, a significant percentage of infants around the world instead receive formula, much of which does not contain MFGM.

“Evidence is beginning to accumulate which suggests that nutrients in the membrane are important,” said Colombo, who also currently serves at the interim dean of the KU College of Liberal Arts & Sciences.

To gauge the importance of the membrane, researchers enrolled 451 infants in this multicenter, double-blind, randomized controlled clinical trial in 2014 and 2015 at three sites in China. Of these, 291 completed the study. The participating infants were assessed using the Bayley Scales of Infant Development, third edition, a commonly used test of neurodevelopment.

The researchers concluded, “… dietary bMFGM and bovine lactoferrin together may not only provide a better approximation of the bioactive composition of human milk, but also contribute to beneficial cognitive, gastrointestinal and respiratory health outcomes.”

Deep Inside the Brain: Unraveling the Dense Networks in the Cerebral Cortex