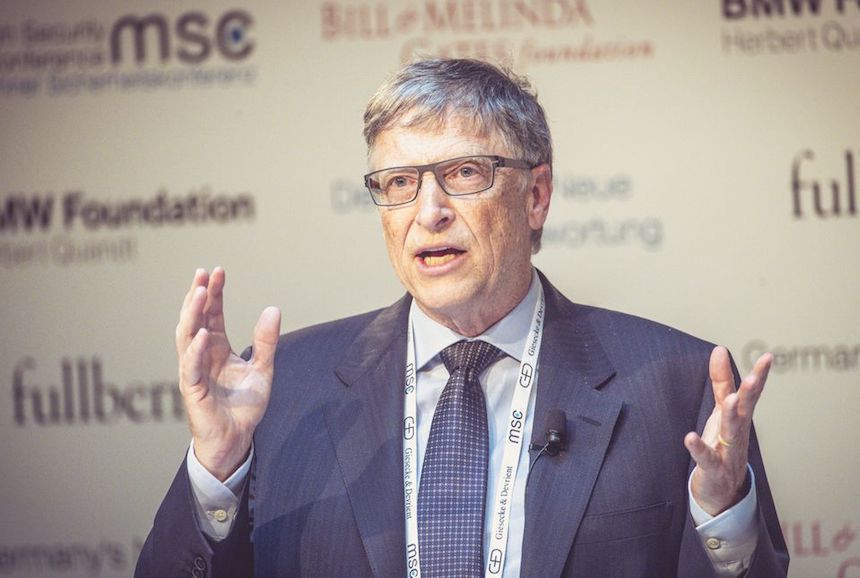 A bioterrorist attack could kill thirty million people — and such an attack is becoming more likely because it has become much easier to create – or “design” — deadly pathogens and spread them.

Bill Gates, Microsoft founder, spoke in London at the Royal United Services Institute in London (RUSI). He said that an outbreak of a lethal respiratory virus like smallpox would be more dangerous than even a nuclear attack.

Gates’s foundation has funded research into quickly spotting and responding to. He said it was especially important to help developing countries monitor diseases to prevent a global tragedy.

“Bioterrorism is a much larger risk than a pandemic,” he said.

“All these advances in biology have made it far easier for a terrorist to recreate smallpox, which is a highly fatal pathogen, where there is essentially no immunity remaining at this point.

“When you are thinking about things that could cause in excess of ten million deaths, even something tragic like a nuclear weapons incident wouldn’t get to that level. So the greatest risk is from a natural epidemic or an intentionally caused infection bioterrorism events.

“Whether the next epidemic is unleashed by a quirk of nature or the hand of terrorist, scientists say a fast-moving airborne pathogen could kill more than 30 million people in less than a year. So the world does need to think about this.”

The Telegraph notes that last year the Nuffield Council of Bioethics warned that ”garage scientists’ could unleash dangerous genetically modified organisms into the environment using unregulated technology which is already available online.

Anyone can now purchase chemistry kits which allow genetic editing, and do so online for under $150.

Moreover, scientists have become increasingly concerned that a new technique, called CRISPR, is cheap and so widely available, that amateurs – or terrorists — will start experimenting in the basement or in school labs, and may, intentionally or inadvertently, create a pathogen to which there is no medical response.

Scientists say that CRISPR, in the wrong hands, would allow people with nefarious intentions to unleash dangerous strains of bacteria or other organisms.

Kits to make E.coli resistant to antibiotics are already for sale on the internet.

RUSI notes that Gates said that widespread global travel would make a future pandemic even more deadly than the Spanish Flu outbreak in 1919, which killed up to 100 million people.

“We will have epidemics in the next twenty years far worse than the Ebola epidemic, or the Zika epidemic and there is some chance it would be a form of flu,” he said.

“Something that is human-to-human respiratory that is like a measles or a flu or smallpox, that you need just one person on the bus or plane or the airport and you get huge things. A health crisis somewhere is a health crisis everywhere.

“So the scariest thing is something like the 1919 flu which really spreads everywhere and because people are moving around more it’s easier for it to spread than back in 1919. If 1919 came back we have no immunity to that strain.”

Gates also called on Prime Minister Theresa May to keep her pledge to allocate 0.7 percent of U.K. GDP to foreign aid.

“The U.K.’s foreign aid investments are, in fact, long term investments in the health and security of British citizens here at home,” he added.

“A disease is more likely to become an epidemic when countries are unstable and have no functioning health system. We can’t build a wall to hold back the next global epidemic.”