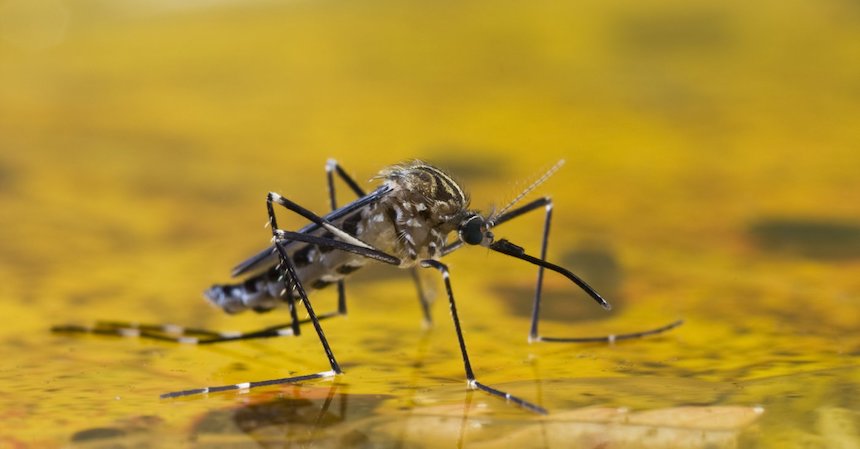 Many people might not have heard of the Aedes aegypti mosquito until this past year, when the mosquito, and the disease it can carry – Zika – began to make headlines. But more than 220 years ago, this same breed of mosquito was spreading a different and deadly epidemic in Philadelphia and just like Zika, this epidemic is seeing a modern resurgence, with Brazil at its epicenter.

It was August of 1793 and Philadelphia – the nation’s capital and the busiest port in the United States – was experiencing a remarkably hot and dry summer. Water levels in streams and wells were low, creating an excellent breeding ground for mosquitos, which seemed to overtake the city. Along with the mosquitos also came an influx of thousands of refugees from the Caribbean seeking to escape political turmoil. But the refugees also brought something else: yellow fever.

The conditions in Philadelphia created the perfect storm for an outbreak. Symptoms start with head, back, and limb pain and a high fever. Sometimes after a few days, the initial symptoms would subside, giving its victims a false hope of recovery. But within a few days, the disease would return with a vengeance, bringing with it an even higher fever, bleeding, vomiting and eventually turning a person’s skin a ghastly shade of yellow – hence the disease’s name – and ultimately leading to death.

Philadelphia’s medical community was mystified. Benjamin Rush, MD, the city’s leading physician advised citizens to flee. A large portion of Philadelphia’s citizens, along with members of Congress, President Washington, and his Cabinet, all abandoned the city. By the time the epidemic finally ended in November of that same year, more than 10 percent of the city’s population, approximately 5,000 people, had perished.

Rush, and his protégé, Philip Syng Physick, MD, worked with the few other doctors who stayed behind to try and root out the cause of the outbreak. At that time, little was understood about infectious diseases, especially those that are transmitted via a vector, like a mosquito. Rush and his colleagues tried many unsuccessful techniques that were common at the time, including bloodletting, “purifying” the city’s air with smoke, and finally quarantining the sick. None of it worked.

With this discovery, public officials also worked to improve water and sanitation efforts, create drainage systems in densely populated areas, and educate the general public about how the disease is transmitted. The last reported yellow fever outbreak in North America was in New Orleans in 1905.

“Actually, the initial steps to stop yellow fever are not so very different than the recommendations we made locally last summer to combat Zika,” said Pablo Tebas, MD, a professor of Infectious Diseases in the Perelman School of Medicine. “We told residents here in Philadelphia to avoid standing water and places where there are a lot of mosquitos—the same advice we were giving people 100 years ago.”

But with climate change, deforestation, and other environmental challenges, there is concern that yellow fever could again be on the rise.

Brazil has been battling an unusually high number of yellow fever cases since December 2016, with at least 326 confirmed cases, including 220 deaths, and hundreds of additional cases under investigation – making it Brazil’s worst yellow fever outbreak among humans in decades according to the World Health Organization (WHO). And cases are creeping closer to two of the country’s largest cities — Rio de Janeiro and São Paulo — sparking fears that the disease could spread to other regions in the Americas.

“The challenge with diseases like yellow fever and Zika is that the conditions that foster an outbreak are not always avoidable, especially in tropical climates, and therefore a vaccine is needed to prevent infection,” Tebas said.

Fortunately, a vaccine for yellow fever is readily available and effective. First issued widely in 1939, WHO recommends the yellow fever vaccine for anyone living in an area where the disease is endemic. Health officials in Brazil have requested millions of doses of the vaccine from an international emergency stockpile in order to be prepared if the virus continues to spread.

“The yellow fever vaccine is actually highly successful,” Tebas said. “It’s 99 percent effective and usually only needs to be administered once. Researchers, including our team at Penn, are using it as a foundation for developing vaccines for other mosquito-borne illnesses like Zika and Dengue.”

UPenn notes that at Penn, two different Zika vaccine candidates are in various stages of development. A phase I clinical trial for a Zika vaccine which began in August 2016 in partnership with the Wistar Institute and Inovio/GeneOne Pharmaceuticals aims to discover the safety and effectiveness of a DNA vaccine for Zika. And an mRNA-based Zika vaccine showed great promise in pre-clinical trials, protecting mice and monkeys against the virus with a single dose.

“We are optimistic that we will make progress in creating an effective vaccine to stop Zika from spreading and by using innovative technology like DNA and mRNA, we can hopefully get these vaccines to market faster than traditional vaccines,” Tebas said.

Currently, WHO is recommending the yellow fever vaccine to anyone who plans to travel to Brazil or the surrounding areas as a precaution.

Positive Affect can Reduce HIV Viral Load and Antidepressant Use