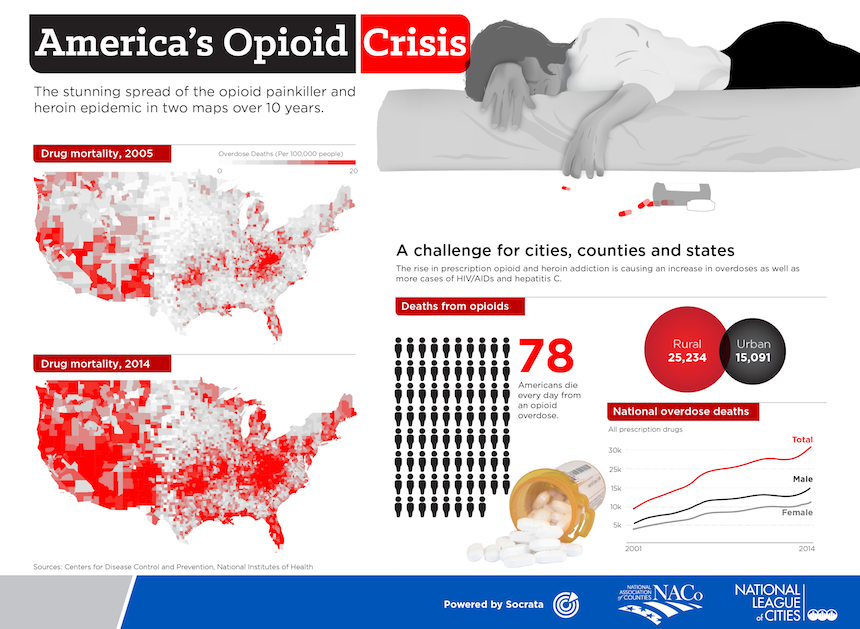 Research is essential to determining how best to screen pregnant women for opioid use disorder, to treat pregnant women who have the disorder, and to care for infants as they experience withdrawal symptoms, according to experts convened for a National Institutes of Health workshop in April 2016. A summary of the workshop, co-sponsored by NIH’s Eunice Kennedy Shriver National Institute of Child Health and Human Development (NICHD), appears in the online issue of Obstetrics and Gynecology.

Approximately 91 people in the United States die every day from an opioid overdose, with more than 33,000 deaths in 2015 — the highest on record — according to the Centers for Disease Control and Prevention (CDC). Opioid prescriptions have quadrupled since 1999, putting large numbers of reproductive-age women at risk for developing opioid use disorder and their newborns at risk for drug withdrawal, or neonatal abstinence syndrome.

“Opioid use disorder is an accelerating crisis in the United States, particularly among pregnant women,” said Diana W. Bianchi, M.D., NICHD Director. “NICHD brought together experts to review the current evidence on how to best recognize, treat and manage this condition and to identify the research needed to improve outcomes for affected women, their newborn infants and their families.”

Workshop attendees agreed that routine screening for substance use, including misuse of prescription opioids, should be provided to all women throughout pregnancy. Participants also reviewed the research on the use of methadone or buprenorphine to manage withdrawal, reduce cravings and prevent illicit opioid use, as well as medically supervised withdrawal, or detoxification. These medications, which are associated with a lower risk of illicit drug use and improvements in compliance with prenatal care, are part of the standard therapy for pregnant women in the United States.

In addition, attendees agreed that reducing unnecessary opioid use in healthy women after delivery was an important goal in preventing future opioid misuse. The expert group focused special attention on how to address pain management for women with opioid use disorder during labor and on special interventions after delivery, such as recognition and treatment of postpartum depression and support of breastfeeding, which has been shown to reduce the severity of neonatal abstinence syndrome.

Infants with neonatal abstinence syndrome experience a spectrum of symptoms, including tremors, incessant crying and irritability, as well as problems sleeping, feeding and breathing. Maternal opioid prescriptions, including those used to treat opioid use disorder, and illicit opioid use during pregnancy can place newborns at risk of withdrawal symptoms.

They also outlined the need for better methods to screen for and identify neonatal abstinence syndrome, as well as research on non-drug treatments and long-term outcomes for children who were exposed to opioids in the womb.

“The workshop highlighted the need for effective, interdisciplinary care for women with opioid use disorder,” said the study’s lead author, Uma M. Reddy, M.D., of NICHD’s Pregnancy and Perinatology Branch. “A pregnant woman and her newborn encounter different medical teams at every stage — prenatal visits, labor and delivery, and postpartum care. Specialists need to work together throughout the process to optimize care and long-term outcomes for families.”

The workshop was sponsored by NICHD, CDC, the American College of Obstetricians and Gynecologists, the American Academy of Pediatrics, the Society for Maternal-Fetal Medicine and the March of Dimes.

CDC Analysis of U.S. Data Finds Serious Birth Defects in About 1 in 12 Fetuses or Infants of Pregnant Women with Zika Infection in the First Trimester