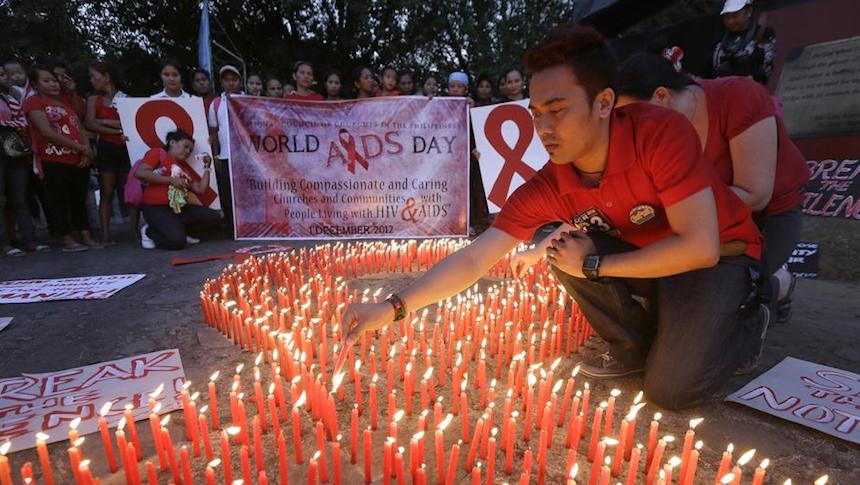 The Philippines is facing an unprecedented HIV crisis. New infections have doubled in the past 6 years to more than 10 000 new cases last year alone. Undoubtedly, stigma remains one of the major reasons for the spread of HIV in the Philippines, as Risa Hontiveros, Filipina Senator and Vice-Chairperson of the Senate Committee on Health, said on Aug 2, urging the Government to declare the HIV epidemic a national emergency.

In 2015, half of MSM and TGW used condoms, and less than one in five MSM and TGW knew their HIV status. Education in safe sex is lacking. Only a third of 15–24-year-old MSM and TGW have correct knowledge about HIV transmission and prevention. Laws requiring parental consent for younger people seeking to purchase condoms further hinder protection of young at-risk populations.

The rate of new infections is most likely under-estimated. President Rodrigo Duterte’s harsh punitive policies on drug use will have discouraged people who inject drugs (PWID), another key at-risk population, from accessing HIV prevention and care. Harm-reduction policies, such as needle exchanges, have largely been stopped for fear of censure, worsening risky behaviour.

The country has a small window of opportunity to curb the rise of what is now the fastest growing HIV epidemic in the Asia-Pacific region. The Filipino Government must convert this political call to action into implementation of tried and tested, community-led, effective harm reduction policies that can reach all at-risk populations. Stigma against PWID, lesbian, gay, bisexual, transgender, questioning, and intersex people, and people living with HIV can and must be prevented. Early testing, access to reproductive health, sex education and antiretroviral treatment should be facilitated. The Philippines must act, today, or risk losing the fight against HIV.

The War on Fentanyl, the Drug Linked to 60 Deaths in the Uk Since 2016

BRIEF: Trends in International Asthma Mortality: Analysis of Data from the WHO Mortality Database from 46 Countries (1993–2012)