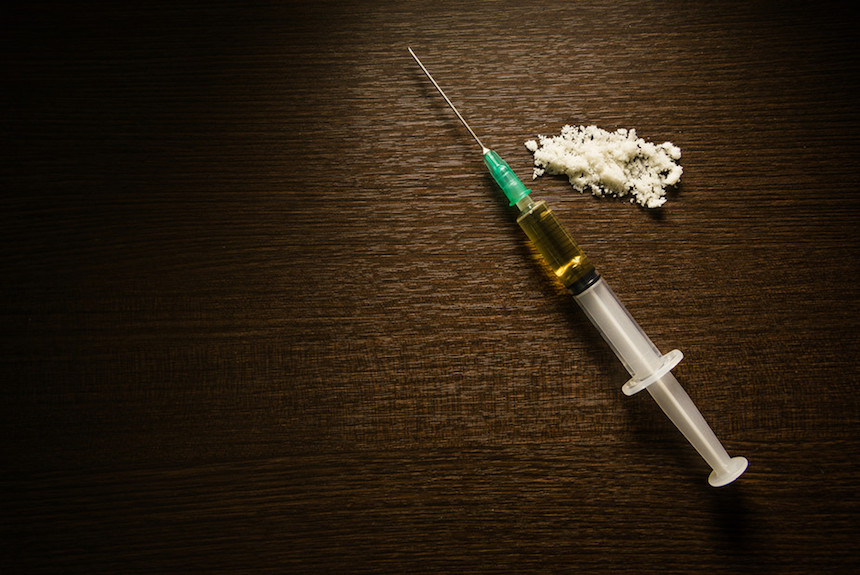 Could fentanyl, a synthetic opioid painkiller that has been linked to an alarming increase in drug overdose deaths in North America, now be gaining a foothold in the UK? Drugs-related deaths are increasing in the UK, and the issue of fentanyl and its chemical relatives (or analogues, known as fentanils) require specific attention due to their potential for harm, having already killed thousands in the US including, in the form of a fake prescription drug, the singer Prince.

Fentanyl is used in medicine as a strong, low-dose, short-duration, fast-acting pain reliever. But its potency and the perceived ease of smuggling it have made it attractive to illegal drug suppliers interested in profit margins, with little concern for users. In the UK, fentanyl is appearing as an additive in street heroin.

Fentanils, and other controlled psychoactive substances such as the synthetic cannabinoids found in “Spice” (a former so-called “legal high”), have been manufactured largely in commercial laboratories in China. They are now being brought under international legislative control, but fentanils can be purchased on the dark web and couriered to buyers anywhere in the world, or supplied to drugs gangs locally who mix them with heroin. One such operation was recently uncovered in Leeds, while others have been arrested attempting to buy fentanils online.

The mere act of mixing heroin and fentanyl in bulk is extremely dangerous. Fentanyl is 50 times stronger than diamorphine (the active ingredient of heroin) and adding a small amount to heroin can simulate the effects of that drug – with even a small quantity of fentanyl to mimic the effects of heroin, drugs gangs can then replace most of the heroin with inactive substances instead, and so increase their profits. Getting the mixing calculations wrong can result in overdoses.

Exposure even to a few milligrams of pure fentanyl can be fatal, and professionals licensed to handle fentanyl and its even more potent analogues such as carfentanil – a sedative so powerful that its only official use is sedating large zoo animals such as elephants – take very careful precautions in laboratories. These precautions are unlikely to be found in illegal drug operations, endangering investigators and law enforcement arriving on the scene.

There is a certain inevitability about fentanyl’s arrival in Britain as an additive to heroin, given trends in the US and elsewhere. Concern at the UK National Crime Agency and the Home Office led them to take the relatively unusual step of releasing 2016-17 overdose figures for cases involving fentanyl separately from the official 2016 figures for all drugs deaths in England and Wales (drug-related deaths figures for Scotland are due for release on August 15). These show that fentanyl has been detected in heroin samples and in post-mortems across the UK, particularly in the north and north-east of England, and is implicated in at least 60 UK drug-related deaths since late 2016.

Whether this is due to a single, localised supply network with limited impact, or whether this is a wider issue is a critical area for police intelligence, forensic scientists and toxicologists, as linking seizures to drug supply networks will provide a better understanding of the real scale of the problem. A recent letter from the Home Office to the Advisory Council on the Misuse of Drugs requesting information on the potential harm shows the government’s concern.

Lessons from the US Fentanyl has been killing people in the US for almost 10 years.
peabodyproductions, CC BY

While one drug market is not necessarily like another, there have been stark warnings about fentanyl from North America in recent years. In the US, the White House Opioid Commission calling for a Presidential declaration of a national emergency, while the Center for Disease Control and Prevention and the Drug Enforcement Agency have reported that each year since 2009 more people have died from drug overdose than from shootings or traffic accidents. In 2015, of the 52,404 deaths from drug overdoses, 63% were related to opioid overdoses, 9,580 of those involving synthetic opioids such as fentanyl. Fentanils have been found mixed with not just heroin but also cocaine in New York, and in fake medicines, which has led to several deaths.

The introduction of international controls on the manufacture of fentanyl and related chemicals has helped to some extent. In late 2015 China banned production and supply of 116 psychoactive substances including fentanyl, with further bans including carfentanil following in 2017. Although a ban cuts off production, the drugs themselves will still be found in the supply chain for some time. Production may go further underground or move to different locations (much fentanyl production for the US market has moved to Mexico), and supply routes may change.

Inevitably, the banning of one chemical or family of chemicals leads to a surge of market interest in a wider range of yet-to-be banned psychoactive substances. Chemists in China simply tweak the molecular structures to create a chemical that provides a similar effect while escaping the ban on a technicality. This poses even greater challenges for forensic scientists and toxicologists to identify new compounds and assess their harms. While in the UK the Misuse of Drugs Act covers the fentanils and the Psychoactive Substances Act bans all drugs with potential psychoactive effects not covered by it, the same legislative measures are not in place elsewhere.

A multi-agency approach is now required to establish how prevalent fentanils have become in Britain. Toxicology and drug testing labs must be increasingly vigilant in order to identify substances that may indicate changes in market supply, and to analyse the effects of fentanils when taken with other drugs. Getting accurate data quickly is key – both for police enforcement and for the harm reduction measures that could save lives, and the debate on balancing enforcement and harm reduction is one that should continue in light of this information.

In June 2017 two of the largest dark web market places where drugs were sold, AlphaBay and Hansa, were taken down by international law enforcement operations. When the similar Silk Road marketplace was closed in 2013, others sprung up to fill the gap – a global game of cat and mouse that looks likely to repeat itself.

More Americans Have Epilepsy Than Ever Before

Losing the Fight Against HIV in the Philippines