Bangladesh outlawed smoking in public places in 2013. However, our survey of primary school children in the capital, Dhaka, found that 95% had recently been exposed to secondhand smoke.

Secondhand tobacco smoke contains more than 7,000 chemicals, 70 of which can cause cancer. Children are particularly vulnerable to the harms caused by this smoke, as their lungs are still developing and they breathe at a faster rate than adults.

Children exposed to secondhand smoke are at risk of developing chest and ear infections. And, for children with asthma, it can increase the frequency and severity of asthma attacks.

According to the World Health Organisation, more than 600,000 nonsmokers die every year from secondhand smoke. About 165,000 of these deaths occur in children, and most are due to respiratory infections.

Most governments have recognised the harms associated with secondhand smoke and have introduced smoking bans in public places. In many Western countries, these bans were introduced with widespread public support.

Smoking is now less visible in public places, and most children and nonsmoking adults are living in smoke-free environments. Consequently, hospital admissions due to chest infections and heart diseases have come down too.

Unfortunately, social norms around smoking are not showing a similar trend in many other countries, particularly in South Asia. In Bangladesh, 45% of men smoke tobacco, according to a national survey. Smoking on public transport and in the workplace is still commonplace, and there is no restriction on smoking in the home. With this backdrop, we conducted the survey of about 500 children in 12 primary schools in Dhaka to assess their exposure to secondhand smoke. 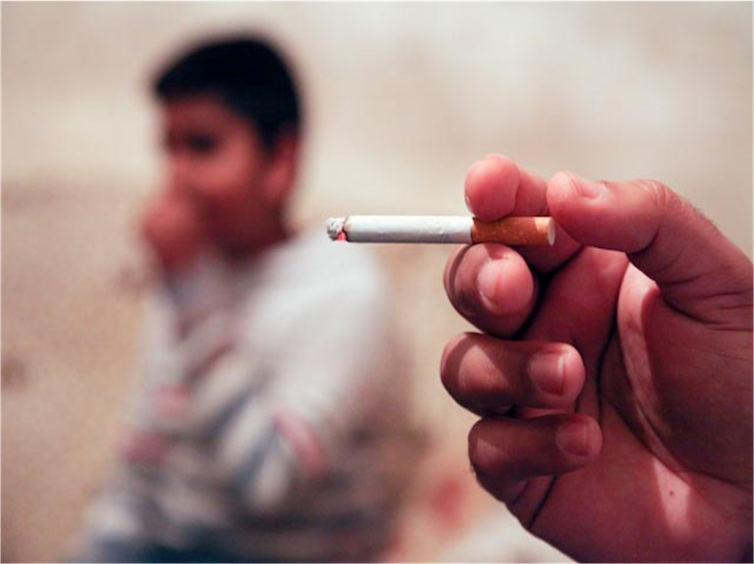 To measure the exposure, we tested their saliva to see if it contained cotinine. Cotinine is created when the body breaks down the nicotine found in tobacco smoke. We found that 95% of children participating in our survey had cotinine in their saliva. This indicates recent exposure to secondhand smoke. Just under half the children lived with smoking adults.

In recent years, the number of deaths in children has been declining in Bangladesh but is still unacceptably high compared to many other nations. If most children in Bangladesh are exposed to secondhand smoke, they are also at risk of respiratory infections and associated deaths. This is in stark contrast to figures from the UK and Canada where only a minority of children are now exposed to such risks.

Any death due to secondhand smoke is avoidable, and Bangladeshi children are clearly not benefiting from their country’s smoking ban. The authorities clearly need to do more, including properly enforcing the laws on smoking in public places.

Public awareness campaigns are also needed to raise awareness about the harms of secondhand smoke exposure in children. And nongovernmental organisations should support a grassroots movement to change smoking norms in communities.

If these survey findings are a true reflection of the picture for the whole of Bangladesh then, quite clearly, current measures are failing to protect the vast majority of children from secondhand smoke and the risks it poses. This level of exposure may well be contributing towards poor health and development of children in Bangladesh. Urgent action on multiple fronts is needed to address this serious public health issue.