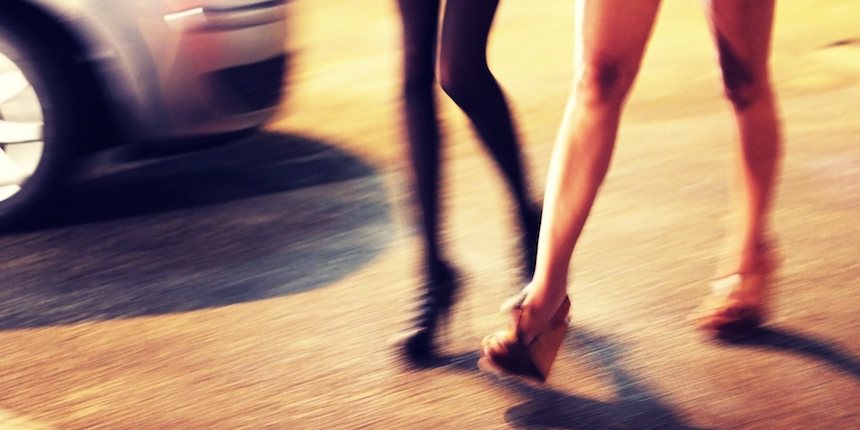 Worldwide, more than one-third of women have experienced either sexual or physical violence, often perpetrated by an intimate partner, while about 7 percent have been sexually assaulted by a non-partner.1 Such violence is not only a crime, but also a public health concern since it is associated with ill-health including depression, low birthweight babies, and infection from HIV.1 The study by Julie Pannetier and colleagues2 in The Lancet Public Health provides evidence of forced sex and HIV infection in female migrants in Europe. Forced sex and other forms of sexual harassment against women are under-reported in mainstream society, but the situation is worse for migrants who might be reluctant to report such experiences for fear of being removed from the host country or because they lack knowledge of where to go to complain and how.3 Gender-based violence can also be perpetrated by family friends and relatives, as Pannetier and colleagues report,2 and in such cases under-reporting is severe because survivors of violence can face stigma and blame.4

Most women who migrate are labour migrants but there are some who are escaping sexual violence from their places of origin. Such women can also face violence during transit and at their destinations. High profile examples include atrocities against Rohingya women who are being subjected to rape in their countries and in refugee camps or African female migrants who are forced to have sex in detention camps in Libya.5, 6 A UNHCR report7 that assessed gender-based violence among refugees and migrants into Europe in 2016 documented evidence of women and girls forced to have sex in transit to pay for transportation or papers. On arriving in Europe, they were not given adequate shelter and protection from sexual harassment and forced sex. Furthermore, most European member states did not record reports of such violations. The study by Pannetier and colleagues2 provides evidence that female migrants who lack residence permits and housing are most vulnerable to being forced to have sex. Irregular migration status makes it harder for women to confront and report sexual violence and as a result, such women can be exploited even by officials, friends, and relatives. Vulnerable employment also exposes female migrants to risk. In 2010, Waugh8documented the high risks of sexual harassment and forced sex among migrants in Mexico who were in low skilled and exploitative occupations such as farm work and domestic service.

One of the strengths of the Pannetier and colleagues’ study is the identification of women who were infected with HIV after migrating to France.2 The investigators used women’s reports of life events and clinical data to model the decrease of CD4-positive T cell counts, thus establishing cases in which HIV infection most likely occurred after women had migrated. In so doing, the report2improves on studies based only on self-reports that can suffer from recall and social desirability biases. This evidence provides some support to counter populist perceptions that sub-Saharan people coming to Europe are all infected with HIV; this view has done much harm to migration policies and the humane treatment of migrants from Africa. Alvarez-Del Arco and colleagues9 provide further evidence that post-migration HIV infection among women in nine European countries might be as high as 51 percent. Some of the explanations for higher HIV infection post-migration for sub-Saharan Africa women are poverty, assortative sexual mixing, and poor access to antiretroviral therapy among irregular migrants.10

The issue of poverty as an underlying cause is mentioned by Pannetier and colleagues but not in sufficient detail. Poverty disempowers and creates unequal status between the poor and less poor, leading to the exploitation of the poor. Poverty erodes human dignity and can compel women to accept or offer transactional or survival sex. Poverty, when accompanied by isolation and lack of social support systems as is often the case with migrants, exposes women to very high risks of experiencing forced sex, domestic violence, and HIV infection—infringement of their rights to lives free from violence. The report2 does not provide a strong framing of the link between gender and HIV. That is, it does not discuss the biological, social, and cultural vulnerabilities of women to HIV infection in general.11 Some of the Article’s understated powerful messages are: a need for proper healthcare for migrants, whether regular or irregular, if countries are to stop the spread of infections such as HIV; that failure to provide housing and safe shelter for women is more than a denial of their rights to adequate standards of living—it is also a denial of women’s rights to lives free from violence and to choose who they have sex with. The messages should inform the discussions of gender and migration in the United Nations Global Compact for Migration that will be signed in September 2018. Female migrants form a substantial proportion of all migrants and so there is need to think about gender when designing policies and programs on migration.