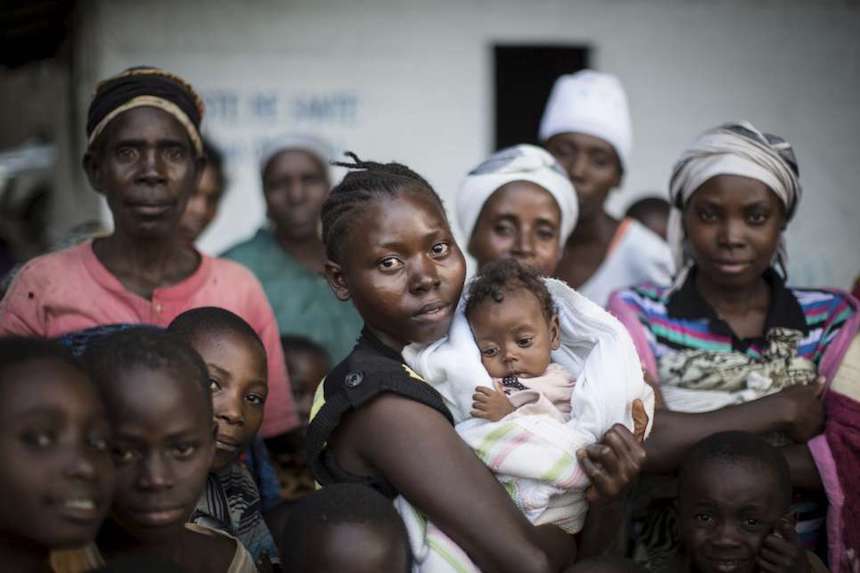 Europe is facing massive movements of refugees and migrants—women, girls, men, and boys of all ages. The journey to Europe is perilous; migrants often face high levels of violence, extortion, and exploitation along the way, reaching a paroxysm with recent reports of slave auctions in Libya.

About 20 percent of migrants arriving in the EU are women. For women and girls, risks of gender-based violence, including sexual violence, add to the insecurities inherent to the journey. It has been estimated that between 8 percent and 22 percent of female migrants have experienced sexual violence in their lifetime. A recent assessment—“Protection Risks for Women and Girls in the European Refugee and Migrant Crisis” co-led by the UN Refugee Agency, the UN Population Fund, and the Women’s Refugee Commission—concluded that migrant women and girls face grave risks and that the current response by governments, humanitarian actors, EU institutions, and agencies is inadequate. Migrants and refugees are not only vulnerable during transit but also after they have reached their destination—even in countries that pride themselves for their achievements in universal health coverage and human rights.

In the current issue of The Lancet Public Health, Julie Pannetier and colleagues’ study sheds light on the health of migrant women in France. In their retrospective population-based analysis, they used data from the ANRS-PARCOURS study, a survey done in health-care facilities in Paris in 2012–13, to look at the prevalence and circumstances of non-volitional sex and HIV acquisition in sub-Saharan African women post-migration. These women were exposed to a high prevalence of HIV not only in their countries of origin, but also after migration. It has been estimated that a third of sub-Saharan African women living with HIV have acquired HIV after migration. In this study, Pannetier and colleagues report that women who acquired HIV after migration experienced forced sex (women were asked whether they had ever been forced to have sex against their will) after migration more frequently than women not infected by HIV (24 [15%] vs 18 [4%]; p=0·001). Forced sex after migration was associated with being hosted by family or friends, lack of stable housing, and lack of a residence permit. These data highlight the need for migrant women to access safe housing as soon as possible after arrival.

Sexual violence against women is too often under-reported, although recent campaigns such as #MeToo and increased media attention can encourage women to report such violence. For migrant women, fear of deportation and lack of knowledge of the available systems for assistance add to the already heavy burden of stigma. Moreover, poverty can compel women to accept or offer transactional sex, note Nyovani Madise and Bernard Onyango, writing in the accompanying Comment. “Poverty, when accompanied by isolation and lack of social support systems as is often the case with migrants, exposes women to very high risks of experiencing forced sex, domestic violence, and HIV infection—infringement of their rights to lives free from violence”, they write.

With millions of people affected by migration, their needs and conditions should not be ignored, or go unanswered. But as recently emphasized by UN Diplomat Lakhdar Brahimi: “Political rhetoric, particularly in the developed world, too often depicts these desperate people as at best a burden to be borne, and at worst a horde to be repelled.” In the current political context, which often denigrates the needs and vulnerability of migrants, academics and public health advocates have an important part to play. Academic research can help inform discussion, policy design, and programs. It is a public health issue. Maybe one of the biggest public health challenges we are facing.

In May, 2018, the first World Congress on Migration and Health will be held in Edinburgh, Scotland, and should provide a platform to discuss strategies for improving the health of, and health care for, migrants. Later in 2018, The Lancet Commission on Migration and Health will tackle the key issues that affect the health of migrants. It will also articulate evidence-based approaches to inform public discourse and policy. At the UN General Assembly, the Global Compact for Migration is expected to give the world an international treaty, a concerted response to migration crises to ensure a humane approach towards the millions of people who have been displaced because of conflict, poverty, or climate change. Protecting migrants during and after migration is our responsibility.