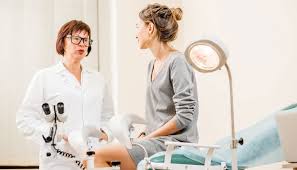 The percentage of women who are screened for cervical cancer may be far lower than national data suggests, according to a Mayo Clinic study recently published in the Journal of Women’s Health. Less than two-thirds of women ages 30 to 65 were up-to-date with cervical cancer screenings in 2016. The percentage is even lower for women ages 21 to 29, with just over half current on screenings. Those figures are well below the 81 percent screening compliance rate self-reported in the 2015 National Health Interview Survey.

In addition to lower-than-expected screening rates, Mayo Clinic researchers also found racial inequities in terms of who is getting screened.

Mayo Clinic researchers reviewed medical records using the Rochester Epidemiology Project database to determine cervical cancer screening rates for more than 47,000 women living in Olmsted County, Minn., from 2005 to 2016. An estimated 13,240 new cases of invasive cervical cancer were diagnosed in the U.S. in 2018, according to the American Cancer Society. Another 4,170 women died from cervical cancer last year. January is Cervical Health Awareness Month.

Dr. MacLaughlin says these study results should prompt health care providers to start considering new ways of reaching out to patients to help ensure they get screened. Ideas could include setting up Pap clinics with evening and Saturday hours, or offering cervical cancer screenings at urgent care clinics. For women who qualify for the newest screening option of primary HPV screening, clinics could explore the option of giving patients at-home testing kits.

“We, as clinicians, must start thinking outside the box on how best to reach these women and ensure they are receiving these effective and potentially life-saving screening tests,” she says.

Cervical cancer death rates have dropped dramatically in recent decades thanks to the development of the Pap test in the 1950s. That test involves collecting cells from a woman’s cervix and examining them under a microscope to look for precancerous and cancerous cells. A second type of cervical cancer screening — called the HPV test — detects the presence of high-risk HPV, which can lead to precancerous changes and cervical cancer.

In 2012, national cervical cancer screening guidelines were updated to recommend Pap testing every three years for women ages 21 to 65 or Pap-HPV co-testing every five years for women ages 30 to 65. The study results show high rates of adoption by Olmsted County health providers of the 2012 guidelines in regards to appropriate use of co-testing and in appropriately not screening women under 21 or over 65.

A limitation of this study is that Olmsted County is less ethnically and racially diverse than the U.S. population, but the county’s demographic makeup is reflective of the Upper Midwest. The study’s findings related to racial disparities in screening are consistent with several other studies from across the country.

Another limitation is the potential for over counting young women as not screened who are insured by their parents and have an Olmsted County address but may have gone to healthcare providers outside of Olmsted County for screening.